The Oregon Watermelon Hemp strain is a delightful high-CBD hemp strain. Bred in Oregon, USA, it is known for its naturally occurring fruity flavor thanks to a unique terpene profile. It will remind you of ripe candied watermelon and other fruity delights as you bask in the beautiful aroma, taste, and effects.

Derived from a cross between Watermelon Zkittlez and ACDC, this strain is easy to grow yet yields high CBD. Combined with a potent terpene profile, it creates a powerful entourage effect that can heal your body and mind.

This article will take a close look at the various aspects of this CBD hemp strain. We will talk about flavor, aroma, effects, genetics, and cultivation.

The Oregon Watermelon hemp strain is a distinct and popular cultivar created from the ACDC and Watermelon Zkittlez strains. Both the parents are known for being potent cannabis strains with high THC content. However, expert breeders developed the Watermelon child strain exclusively for its high terpene and CBD concentrations while maintaining very low THC levels.

The child strain derives its intense aromatic presence from the parents, as both ACDC and Watermelon Zkittlez are known for their complex terpene profiles. As you might have guessed from the name, the signature watermelon aroma comes from the Zkittlez side of the family. Let’s take a closer look at both the parents.

These flowers tend to have dark orange foliage with bright orange pistils creating a beautiful contrast. It is full of watermelon and citrus aromas combined with earthy, dank notes. The nugs tend to be heart-shaped with dark green foliage that shows purple undertones.

The Oregon Watermelon Hemp strain has inherited these visual features. The purple undertone comes from the purple-tinted trichome crystals that cover the pistils and the flower.

This is an Indica dominant strain with only 30% Sativa presence. So it is ideal for relaxing at the end of the day and has a potent body high. This strain was created by crossing the Watermelon Strain with the ever-popular Zkittlez strain.

This prevalent cannabis strain is the opposite of the Watermelon Zkittlez because it is Sativa dominant with a 30% Indica presence. It is very effective as a medical cannabis strain and is known for its mood-enhancing, uplifting cerebral effects. This flower makes you feel uplifted and energetic.

It has a unique visual appeal with irregular, popcorn-style nugs that tend to be light, minty green in color. Thin and light orange pistils offset the minty green foliage and golden-amber trichome crystals, creating a subtle golden undertone. The aroma has fresh earth, herb, and spice notes with peppery, intensely fruity, and pine notes creating a heady mix.

Thus the Oregon Watermelon hemp strain is bred from a gene pool with intense flavor and potent effects. It was created to express the high CBD potential of both Cannabis strains. The breeders have successfully stabilized it to make a viable commercial strain of outstanding performance and potential.

The Oregon Watermelon hemp strain is an ideal strain for most growers. It has an excellent average yield of about 1lb per plant and a germination rate of about 97% on average. Additionally, it has a feminization rate of over 80% in most cases.

It is a potent CBD-rich strain where the CBD concentration varies between a solid 13% to a whopping 30%! It has a very low, almost invisible Delta-9 THC presence, making it ideal for the present CBD hemp market. As per the 2018 Farm Bill, all CBD hemp flowers must be under 0.3% Delta-9 THC to be accepted as legal industrial hemp.

This cultivar has one more vital feature that makes it even more lucrative to potential farmers. The Oregon Watermelon hemp strain is a rare strain that is almost entirely mold-resistant. This is a big win for the farmers because mold infestation often leads to entire crops failing and causing huge losses. A naturally mold-resistant strain can thus act as insurance against such losses.

This is an outdoor variety, but it can also be adapted for indoor growing. It has a large branching growth structure with bright green foliage. Mature flowers tend to be olive green in color with dark pink pistils. 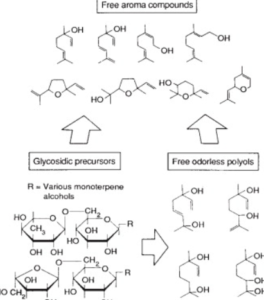 The primary terpenes present are Myrcene, Limonene, and Pinene, along with beta-Caryophyllene and other terpenes. The therapeutic effects of these terpenes include mood upliftment, relief from nausea and migraine, and alleviation of anxiety, depression, and general mental stress. These terpenes combine with the cannabinoid profile to create a powerful entourage effect that is highly therapeutic and calming.

The beautiful and irregular olive green nugs have great bag appeal with dark pink pistils and frosty trichomes. They look like large, fluffy green popcorn and fill up the space with their delicious aroma.

The aroma carries through when you smoke it and creates a flavor explosion if you vape it. The relaxing effect is felt immediately after the first toke because of the high terpene and CBD concentration. This is followed by a mental euphoria that clearly shows the strain’s Sativa dominance.

A few more tokes will slow down the mental processes. It will produce a calm mental state and reduce physical aches and pains. It will not put you to sleep, so you can enjoy it in the daytime or anytime you need some mental peace to concentrate better.

Users have reported using it to enhance their productivity for mental tasks and their creativity too. They have also reported experiencing relief from depression, anxiety, various mood disorders, and general stress.

The Oregon Watermelon hemp strain is an ideal strain for daytime use. It has intense fruity flavors that live up to the Watermelon name. It helps relieve nausea, depression, anxiety, ADHD, and various other symptoms by promoting a calm state of mind, relaxed body, reduced physical pain, and enhanced focus and creativity.