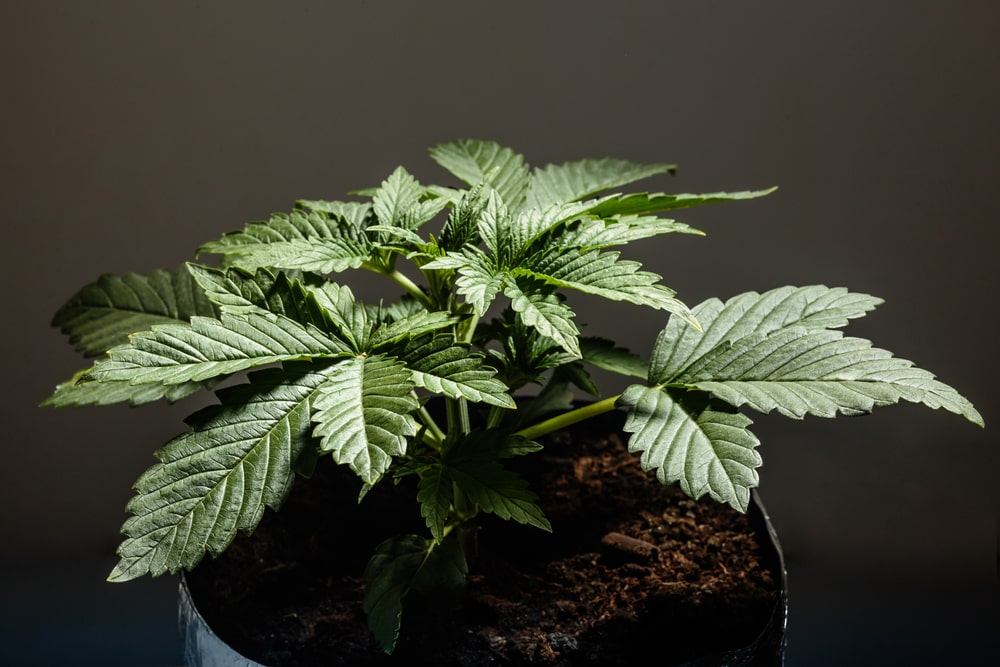 Named after one of France’s most successful and respectable royalties, the King Louis XIII strain is a majestic herb that oozes with the genetics and chemistry of its kingly heritage. Letting commoners know of its presence through its earthy, piney, herbal scent, the King Louis XIII herb showcases a pungent undertone that you might expect from a monarch who comes from a time when personal hygiene might not have been totally polished just yet.

Overwhelmingly large, the nugs of this variety are pompous and overbearing, working hard to catch your attention from its seat on the top-shelf. In terms of effects, this herb promises to cradle you off into a happy sleepiness and carefree relaxation that can have you sitting, smiling, and giggling like a king on his third bottle of spirit.

The Origins of the King Louis XIII Strain

The King Louis XIII strain wouldn’t be called such if it didn’t have royalty running through its veins. This popular top-shelf strain gets much of its qualities from a single parent strain, although some experts speculate that there might have been another herb involved in the mix, considering the indica dominance that King Louis XIII demonstrates. Nonetheless, cultivators have only been able to pinpoint one member of the ancestry, leading most to accept that King Louis XIII is the phenotype of the OG Kush cultivar.

Herbal and citrusy, the OG Kush parent demonstrates almost the same flavor and fragrance as its kingly offspring, with the minor difference that herbal notes tend to dominate its foreground. That said, the strong aroma is still pretty prominent from the get go, lending you an idea as to how potent the herb’s chemistry actually is. When it comes to effects, the OG Kush is more of a hybrid, giving its users a calm creative buzz that rushes through the system to keep you awake yet relaxed for hours on end.

Being a hybrid, there’s a lot of questions as to how the OG Kush was able to parent a pure indica, which is what ultimately birthed the idea that there might have been another parent in the mix. But with genetics playing the way that they do, some experts claim that breeders might have simply taken the more relaxing, indica dominant phenotypes expressed by OG Kush and then bred them back on themselves until they became stable enough to be a standalone herb. 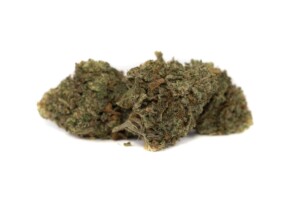 King Louis XIII’s nugs – large and garish – are significantly larger than many other strains you’ll find. As though puffing out their chests, these clusters of herb can raise brows and catch attention even from the highest seat on the entire dispensary display. Color wise, they’re not entirely bedazzling, touting a dreamy pale green cover that might make them look dusty, to say the least. But for any veteran cannabis buyer, this only means one thing – aggressive trichome expression.

Upon closer inspection, the King Louis XIII strain showcases a beautiful, glistening exterior that’s drizzled in organic diamonds. These little white projections that cover the entire surface of the nugs making them look as though they’d been rolled around in granulated sugar. What adds contrast to the sleepy hazy top coat is the aggressive mop of orange hair that entangles every area of the bud. Adding both texture and drama, these tendrils give real 90’s appeal to the King Louis XIII’s overall look.

What about fragrance? Well, right out of the jar, this herb rushes into your nostrils with a truckload of earthy, piney aroma that’s both strong and soothing. The smell can be a great way to take a break from the typical fruity floral fragrances that way too many strains brandish these days. And because there are hints of skunk and citrus underscoring the entire smell encounter, the strain gives off a really well-rounded aroma that’s perfectly contrasted in just the right places.

There’s a lot to love about the King Louis XIII’s smoke. Smooth and thick, the strain’s plumes aren’t airy or quick-moving, so you really get the chance to feel the dense clouds pouring down into your throat. But what’s nice is that despite being pretty thick, the smoke doesn’t scrape against the throat on its way down. That said, even the humble beginner should be able to tolerate the texture. And because the flavor can be immensely similar to its aroma, you already kind of know what to expect before you even light the pipe.

So, how does he hit? Just like many other indica strains, the King Louis XIII herb delivers a soothing wave of relaxation that washes over the system. This initial tidal wave clears away both cognitive and physical discomfort, laying down the groundwork for the rest of the experience. By this time, you’re going to want to take a load off on your favorite chair as the rest of the effects come rolling in.

At the height of the experience, a sleepy happiness should be your primary disposition. Some users report feeling hungry and sociable, but that really depends on how much of the herb you decide to take. As you might expect, the entire encounter ends with the desire to take a snooze, and that’s precisely what you’re going to be doing for two to four hours after the initial effects take their course. 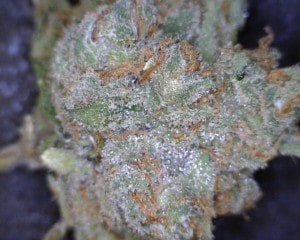 You’re going to need some know-how to be able to see this cultivar through to maturity. Slightly harder to grow than the average strain, the King Loius XIII variety might thrive best indoors. With the right care, these plants can grow up to 4 feet, offering around 1 to 3 ounces of bud for every square foot of its growth. Sure, it’s not going to be a lot, but with the kind of resinous expression that the strain delivers, it makes a suitable choice for artisanal growers who want more than the average everyday cannabis variety.

King Louis XIII is a king for all – from paupers to nobility. This strain delivers effects and flavor that can be well tolerated by all sorts of users, albeit not being the usual herb that tries to please your palate or senses. Offering perfectly relaxed indica properties that don’t induce that overwhelming feeling of couch lock, this herb can be a great solution to help you nod off after a tiring day, or when sleep just seems more elusive than usual.