Sour Special Sauce is an Indica-dominant strain of CBD that is grown on several farms across Oregon. It is gaining popularity quickly in the United States of America, largely due to the rise in popularity of sour strains of CBD.

These sour variants of popular strains are seemingly all the rage at the moment, as they satiate the hunger that many users have for all things sour. Sour Special Sauce does not have the strength or intensity of some of the other sour strains on the market, however many users have described it as a decent sour take on a classic strain of CBD.

With a cannabinoid content of roughly 20%, Sour Special Sauce is pretty standard when compared to other strains in the industry. It doesn’t have a unique terpene profile; however, it has an aroma with strong fruity, herby, and spicy flavors.

The Origins of the Sour Special Sauce Strain

Sour Specal Sauce was created by breeding Special Sauce with the hugely popular strain of CBD, Gorilla Glue 4. Aside from this fact, we have no real information about the reasons behind the creation.

What we do know is that the strain came from Oregon, which is a state that is renowned for producing several potent and exciting strains of CBD. This indicates that Oregonian growers are passionate about their product and creating highly sought after CBD strains.

If you trace the roots of the strain, you will find the popular Early Resin Berry. This tells you that you’ll be getting a lot of flavor out of Sour Special Sauce, as well as a strong, pleasing aroma. 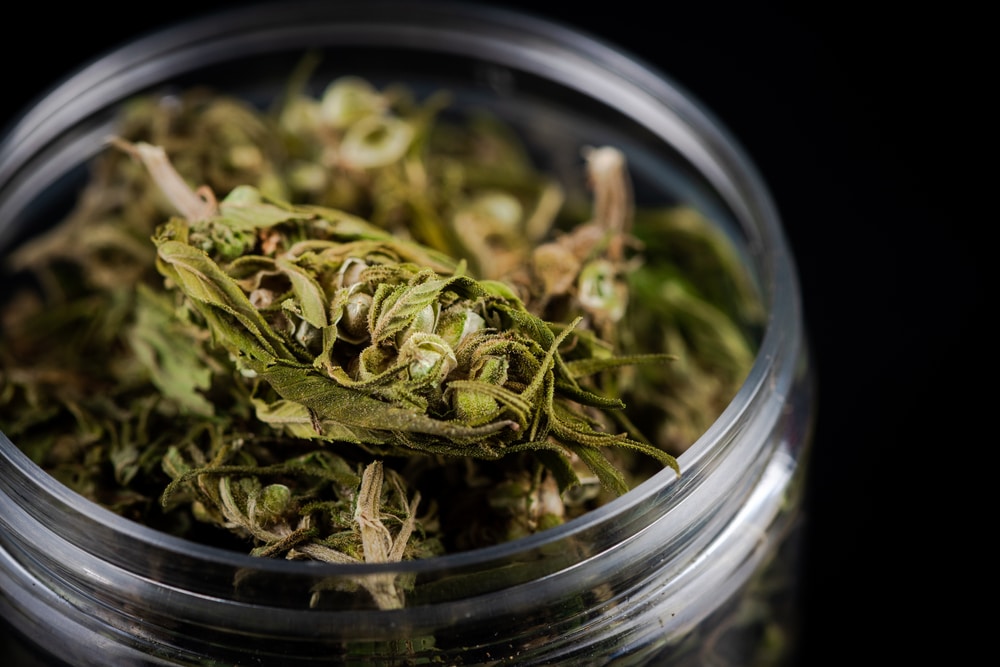 Sour Special Sauce mostly comes in both flowers and nugs, with the buds being noticeably smaller than those of other strains. This can be a little misleading, as it still produces an incredibly high-quality product with a strong scent and taste.

Its appearance is somewhat one of a chameleon, as it comes in a range of colours including bright pine green, woody brown, and an orange hue. It is considered by users to be pleasing to the eyes, with dense, springy buds and long, thin hairs that cover the entirety of the nug. It also has yellow and orange tendrils, which often make this small strain look even more attractive.

Even though the plant is on the smaller side, the nugs are solid and covered in a coating of crystals. The buds are also quite sticky, thanks to the abundance of trichomes.

Sour Special Sauce smells quite grassy when it comes to the aroma, and after a refreshing first impression, you might be shocked to experience a strong scent of gasoline. You’ll also be hit with tangy notes of lemon and pine that will combine with the sour smell, resulting in the recognizable scent of marijuana.

When dry, the buds will give off notes of berries, citrus fruits, vanilla, sandalwood, along with a mixture of musk, earth, cinnamon, and hops. This combined scent is often quite pleasing to less experienced users.

Sour Special Sauce offers bright and delicate flavors that comfort the user, along with an earthy, woody undertone that will remind you of berries and coffee when it hits your throat.

As an Indica-prevalent strain of CBD, Sour Special Sauce has several effects that users find attractive. It can decrease the stress levels of the user from both a physical and mental perspective. It also provides excellent pain relief, and it helps people who have insomnia, as it has properties that allow it to relax the body’s system completely.

Impressively, it also has properties that help stimulate the appetite, making it the perfect solution for anyone suffering from diseases or medical conditions that impact the appetite and digestive system.

With primary outcomes that include relaxation, meditation, and enhanced cognition, Sour Special Sauce will help your brain work creatively and in a productive manner. At the same time, your body stays in a meditative and relaxed state. Aside from this, users have reported several positive effects, saying that Sour Special Sauce:

According to several users, effects appear in a few minutes after the first puff, while a little later comes analgesic action. The strongest performance of Sour Special Sauce CBD weed peaks in about half an hour. This is why it is so good for severe acute pains and migraines.

It is also very effective in patients with cancers, cramps, and seizures, as it easily alleviates psychiatric problems like depression and anxiety. Like any other CBD strain, Sour Special Sauce works more effectively in smoke form than it does in oil or lotion form.