With a rich, sour apple flavor and a nutty herbal exhale, Apple Pie hemp flower offers the user a rich, nutty overtone that turns slightly pungent as the nugs burn. Thanks to this, the Apple Pie strain offers users a stunning profile of flavors when smoked, which many have reported is the exact reason they keep coming back for more.

If you are interested in giving the Apple Pie strain a shot, but you aren’t quite sure yet if it’s for you, take a moment to read this article. We will take you through everything you need to know about the Apple Pie hemp flower. 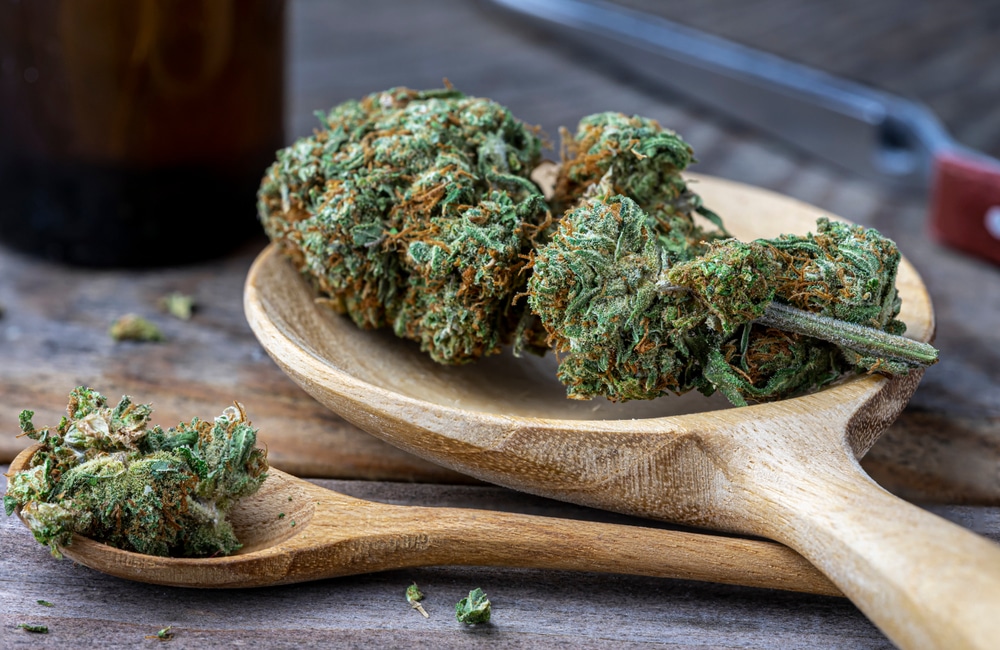 The Origins of the Space Invader Strain

This particular strain of hemp flower was created by crossing the infamous Acapulco Gold and Highland Nepalese strains of hemp flower. The flavors and aromas that Apple Pie has become known for can be attributed to this genealogy.

Acapulco Gold is one of the most infamous strains in the industry. Even today, after decades of existence, this Sativa-dominant strain still has heads turning wherever it grows. It has a fairly mysterious and uncertain background, largely because no one really knows where it was born. The only information we have is that it originates in Mexico, which is why people often associate this Sativa strain with exotic climates and luxurious, hot conditions. For this reason, the strain is harder to get hold of now than ever before. More and more people are growing it inside where the conditions are difficult to replicate.

The Apple Pie strain offers the user a rich sour apple flavor with a beautiful nutty aftertaste. The aroma it gives off is of sweet and sour apples with a rich, earthy, and nutty overtone that turns slightly pungent as the nugs are burned.

The buds of the Apple Pie strain feature elongated, fluffy, spade-shaped forest-green nugs that are littered with sparse, orange hairs. They also have a thick, frosty coating of tiny golden and amber crystal trichomes.

One of the most unique features of this hemp flower strain is its exceptionally low THC levels. It tests at about 0.6% THC. This strain actually has one of the lowest amounts of THC on the market.  To get much lower than that, you would need to move away from CBD strains and give something like CBG a shot.

Despite having such a low THC content, Apple Pie has quite a high amount of CBD in its chemical makeup, frequently testing at around 13%.

If you’re on the hunt for the perfect fruity Sativa to help you get your day going, Apple Pie might be exactly what you’ve been dreaming of. The high starts with a lifted effect that fills your cerebral state with a sense of tingly euphoria and deep happiness. You’ll feel an influx of mental energy and motivation that lends itself well to any task at hand.

A lightly relaxing body high accompanies this lifted state, holding you down to earth as your mind soars higher and higher. With these effects, Apple Pie is often chosen to treat those suffering from conditions such as chronic fatigue, headaches or migraines, mood swings, and depression.

Due to the popular calming and anti-inflammatory effects of the use of the Apple Pie strain of hemp flower, it should not be a surprise to anyone that most CBD enthusiasts who use this strain do so to treat common ailments such as aches and pains. Like any other Sativa strain of hemp flower, Apple Pie will simultaneously energize you and treat your ailments.

Due to its low THC levels, Apple Pie is a great choice of strain for anyone who may have a higher sensitivity to cannabinoids. Thanks to the effects of its parent strains, Apple Pie has inherited the ability to make your body high, calm your mind, and improve your mood.