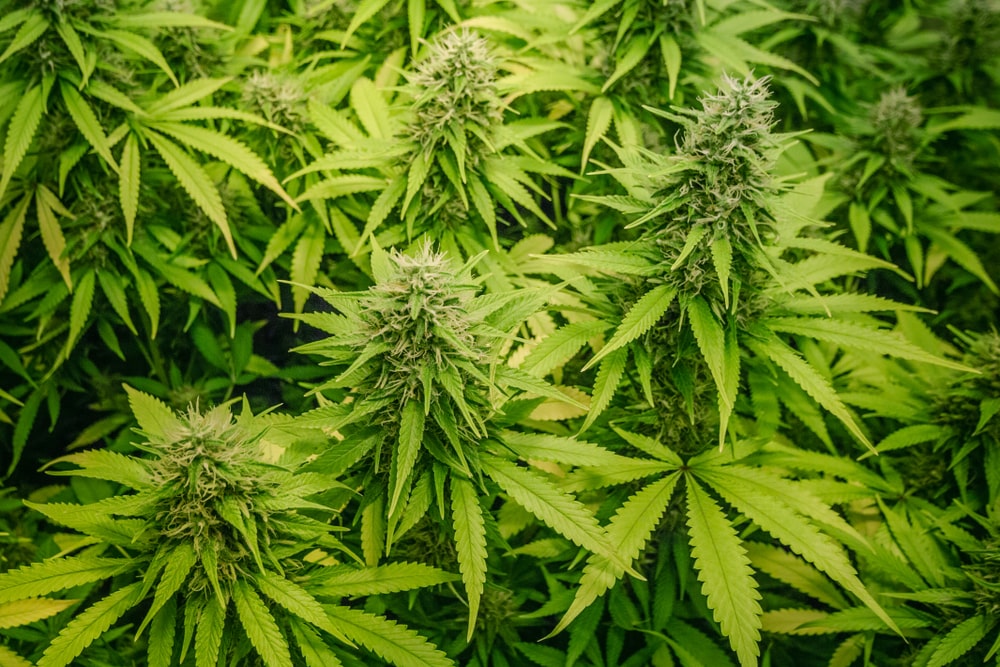 With the zesty, lively effects of a fresh slice of tropical fruit, the Grapefruit strain is a cannabis variety that delivers flavor and effects that lean in the same direction. The awakening, tart taste can liven up the senses, while the chemistry courses through your veins to rouse your sleepy system. All in all, the strain is a solid sativa that delivers the quintessential energizing profile that you would expect from an herb of its stature.

Fast flowering and relatively easy to farm, the Grapefruit strain is one that’s been around for a while. A favorite among farmers who want a quick growing plant that doesn’t call for too much tedious care, the Grapefruit herb can easily be found through local dispensaries, earning its reputation as an anti-stress cannabis classic.

The Origins of the Grapefruit Cannabis Strain

There are some shadows that come to the surface when investigating the background of the lively Grapefruit variety. For one thing, experts are almost sure of one side of its family tree. Unfortunately, poor documentation, and just carefree breeding have made it almost impossible to determine what other strain – or strains – might have had something to do with the Grapefruit genetics.

The first half of the mix is the Cinderella 99. A grunge cannabis classic, Cindy 99 is a heavy sativa that’s earned its reputation by way of its interesting flavor combo. Mixing herb with mint and citrus, this refreshing strain packs a powerful flavor punch that stirs up the senses right before it brings you through its intricate sativa encounter. Of course, many of these qualities are perfectly mirrored in the Grapefruit herb.

Then again, the other half of the mix was lost in history. Some experts speculate that the Grapefruit is merely a phenotype of Cinderella 99, crossed back with itself until it became a stable, individual variety. But because of the minor changes in the taste and effects of Grapefruit – and its distinctive grapefruit flavor – many suggest that the strain’s other parent might be a hybrid that demonstrates a strong grapefruit flavor quality. 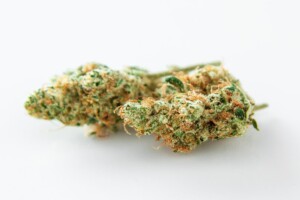 Grapefruit is a cannabis variety with unrivalled pallor. The ultra pale nugs are only colored by a tinge of green that pierces through, along with veins of dull orange coursing all over the surfaces. This exaggerated lack of saturation is the result of the strain’s intense trichome production that almost whites out the entire nug. The excessive presence of fuzzy white hairs gives the Grapefruit strain outstanding strength in terms of aroma.

That’s mainly because the hairs are responsible for the production of the terpene-rich resin that drips from the nugs upon handling. And of course, the more trichomes that a strain has, the more resin it stands to produce. This also sheds some light on the kind of cannabis chemistry that you can expect from the strain. The intensely sticky, tacky feel during handling testifies for the strong genetic profile that the herb hides within her leaves.

These terpene rich secretions let off a subtle fruit aroma enveloped in an earthy overtone. Underneath, mild hints of bitterness – just like a grapefruit – can be detected below the forefront of strong notes. All together, the herb can smell like a freshly mowed lawn, drizzled with citrus and sandalwood, and then mixed together with hints of herb and sweet fruit to create an organic medley of olfactory heaven. 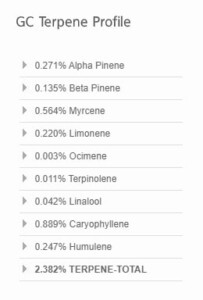 So, how does the Grapefruit strain behave in terms of smoke? When stuffed into a pipe and lit ablaze, the herb retains much of its flavor. The plumes on the other hand, might require some getting used to for low tolerance users. Although light and airy, the smoke can abrade the throat on its way down into the lungs, causing a violent coughing fit if you don’t know what to expect. A puff or two of this stuff, and you might find yourself gasping for breath as you look for the opportunities between each cough.

As the smoke settles and the itchiness subsides, you should sense a zap of energy coursing through the bottom of your feet and upwards into your spine and head. This will typically result to an urge to get up and move, which is why much of the initial experience will be spent walking around and doing mundane everyday chores around the house. But as the chemistry stabilizes, you’ll feel a desire to socialize and talk. Time spent with friends easily becomes a vacation from the world as you drench yourself in easy talk and good juju.

What’s nice about the effects of the Grapefruit herb is that you’ll never feel out of touch. With razor sharp clarity, this variety guarantees that you won’t have to deal with the worry or apprehension that you might end up saying something that would have been better off as a secret. At the height of its effects, a moderate, manageable euphoria should take over the system, along with a creative zest and a full body-buzz.

While not exactly a beginner herb, the Grapefruit strain can be pretty rewarding because of its high yield and impressive trichome expression. Its potent aroma whafts off of its leaves even during its vegetative state, which only mean that the herb can be a smart pick for farmers hoping to turn their harvest into a range of canna-based products.

With the right conditions, the Grapefruit strain will showcase its mature flowers in about 10 weeks from the seed. Harvests will yield around 5 to 6 ounces of bud for every square foot that the plant grows. Because it can be pretty picky about environments, cultivating the Grapefruit variety where you’re fully in control of all the elements should be your best shot at seeing it through to maturity.

The itchy smoke might be a bit too hard for a novice to try to down, nonetheless, smaller doses can help make it a little more tolerable. For veterans however, the added itchy challenge can be a wonderful, welcome relief from all the fruity floral varieties that make things way too easy. In terms of effects, Grapefruit delivers a well-balanced, well-rounded sativa encounter that can help anyone who needs a little extra energy for socialization or for getting the creative juices flowing.