Is Hemp Flower Legal in California?

You bet your bottom dollar it is. California has always been known as one of the more progressive states in the country, and they continue to prove that with their lenient hemp regulation. In fact, the Golden State legalized hemp farming way before the 2018 Farm Act, totally ignoring federal laws on hemp by establishing its own rules. Their very own Industrial Hemp Farming Act was enacted on January 1st of 2017 and has allowed farmers to manufacture hemp for commercial purposes since then.

As of writing, the hemp market in California enjoys a thriving atmosphere with little restrictions on both buyers and growers. But it’s not without its limitations. Find out more about the legality of hemp flower in California with this complete guide.

What is Legal Hemp Flower in California? 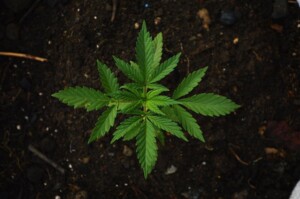 What’s considered legal hemp in California? For the most part, the state takes cues from the umbrella law that oversees the hemp market throughout the country. Hemp – just like marijuana – comes from the Cannabis sativa L. plant. Interestingly, while both herbs come from the same plant, one of them is illegal and the other isn’t. So, what makes the difference? It all lies in the THC.

Tetrahydrocannabinol or simple THC is the chemical compound found in the Cannabis sativa L. plant that’s responsible for the hallucinogenic, psychoactive effects of marijuana. This is the reason why the substance is controlled and classified as a Schedule 1 drug. Unless used for medical purposes with the prescription of a physician, the use and purchase of recreational marijuana is illegal throughout the state.

Where does the law draw the line? By dialing down the THC content, marijuana thus becomes hemp – a legal substance that provides the benefits of cannabis without the funky effects. By law, for a sample of cannabis to be considered hemp and not marijuana, it should contain no more than 0.3% of delta-9 THC. If it passes that prerequisite, then all of its parts and derivatives would be viable for sale in the state of California.

Where to Buy Hemp in California?

Honestly? You’ll find hemp pretty much anywhere in California. Being that the herb is freely available in the state, so it can be purchased in-store through physical shops or online. In fact, the State of California doesn’t currently impose any laws or regulations that oversee or police the importation of hemp from other states, requiring only that they pass protocol for plant pest quarantines.

Presently, buyers will find the best hemp flower California can offer online. Extensive databases of legally, ethically grown hemp can be found through web-based sellers, making it increasingly effortless to get your hands-on quality hemp samples from California and other states that offer the herb.

What Types of Hemp Products are Legal in California?

What’s especially odd about the California hemp market is its stand on edibles. While it’s unlikely to offer any clarity, here’s what the California Department of Public Health had to say when asked about the sale of CBD products, particularly edibles: 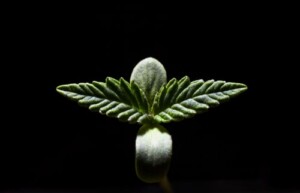 “[A]lthough California currently allows the manufacturing and sales of cannabis products (including edibles), the use of industrial hemp as the source of CBD to be added to food products is prohibited. Until the FDA rules that industrial hemp-derived CBD oil and CBD products can be used as a food or California makes a determination that they are safe to use for human and animal consumption, CBD products are not an approved food, food ingredient, food additive, or dietary supplement.”

So, what exactly does that mean? Well, taking a closer look into the actual stipulations in the CDPH’s recently published FAQ’s might shed some light. In the list of questions and corresponding answers, the CDPH stated that edibles using industrial hemp seed oil would be considered legal in the Golden State. However, any other extract taken from industrial hemp would be illegal to incorporate into any food article.

Funny enough, extracts taken from marijuana – which comes from the same plant – can be used in marijuana edibles within the California medical marijuana market. That’s because it has since been decreed a food item, which hemp derived extracts aren’t.

Even then, buyers in the California market can purchase non-food hemp products which remain loosely regulated. Things like hemp flower, pre-rolls, cigarettes, vape oil, cigars, and cosmetic or skin care products to name a few are free to buy and sell throughout the Golden State.

Can You Use Hemp in Public in California?

Not exactly. While smokable or non-edible hemp products aren’t prohibited in the state, there are dangers to smoking it in public. To illustrate that fact, it’s important to first consider how closely hemp resembles marijuana. Coming from the same plant, marijuana and hemp are incredibly difficult to differentiate at a glance, making it hard for law enforcement to determine whether a sample is legal or not.

While medical marijuana is free to use throughout the state, it’s worth noting that only those who are registered to use medical marijuana can leverage the freedom. So recreational marijuana remains widely restricted and prohibited. That said, if you’re caught in possession of or using hemp outdoors, and you don’t have a sure-fire way to prove that it’s hemp (even lab tests can’t guarantee your safety) then law enforcement will have to assume that it’s marijuana.

Can You Grown Hemp at Home in California?

Surprisingly – yes. You can grow up to six (6) cannabis plants at home in California. Talk about freedom. Under this new state law, adults no younger than the age of 21 will be allowed to grow cannabis in the privacy of their homes. The plants must be concealed at all times and kept away from public view, and should be secured in an area where they can’t be stolen or accessed by outsiders. In some cases, outdoor growing might not be allowed, but indoor growing should be perfectly fine.

For the most part however, hemp in the Golden State comes from licensed growers. Another reason why the hemp market thrives so well in California is because they don’t require a lot from those who want to partake in the industry. A onetime fee of $900, the information of the lot to be used for the farming of hemp, and the kind of seed to be inspected and validated as a viable hemp seed are all you need to present when applying for a license in the state of California.

The Legality of Hemp Flower in California 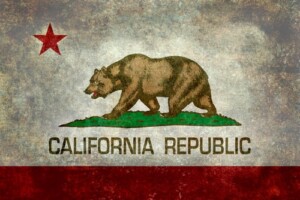 True enough, California remains one of the most lenient states for the hemp industry, but there are a few hiccups here and there. For one thing, their restrictions on the manufacture and sale of CBD edibles may stifle the market quite a bit, making it difficult for retailers to offer various other forms of hemp such as oils and tinctures. Nonetheless, the freedom to grow a small patch of cannabis plants at home can be totally life-changing, letting you experience a next level appreciation for the miracle plant right in the comfort of home.

With time, advocates anticipate that California will further pull back the ties that bind the hemp market. After all, with a flourishing medical marijuana market, it shouldn’t be long before legislators discover the benign benefits of hemp versus its highly regulated cousin.