Is Hemp Flower Legal in Georgia?

Despite hemp being legalized on the federal level way back in 2014, Georgia took its sweet time to lift the ban on hemp within its own jurisdiction. It took about another year before hemp could be legalized within the state, as Governor Brian Kemp finally signed the bill that legalized hemp production in Georgia on May 10, 2019. Despite that, the state took a slow start, with its first few farmers sending in their applications for approval within that same year.

But things haven’t been pleasant for the starry eyed few. Today, Georgia’s hemp laws are still infantile at best, and many of those involved in the farming of hemp have had some pretty strong words to say about the state’s present industry laws.

What is Legal Hemp in Georgia? 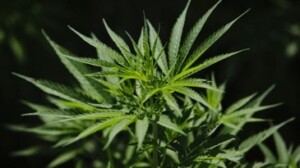 Hemp is basically a non-psychoactive form of marijuana. Both hemp and its illegal brother marijuana are taken from the same plant – the Cannabis sativa L. The difference is that hemp lacks the compound tetrahydrocannabinol or THC which lends marijuana its psychoactive effects. According to the law, for a cannabis sample to qualify as hemp, it should have no more than 0.3% of THC, as proven by third party lab tests.

Because marijuana remains illegal in the Empire State of the South, delineating these two herbs is paramount to keep the law intact. Even with the new medical marijuana law enacted, law enforcement officers need to keep a keen eye on both substances, making sure that unapproved use of marijuana is controlled and regulated.

Where to Buy Hemp in Georgia?

Throughout Georgia state, hemp products are widely available in a host of different forms. These include non-edible and edible choices, ranging from the versatile hemp flower to the convenient CBD gummy. CBD oil is becoming increasingly widespread, available not only through CBD speciality shops, but even through gasoline stations.

If you want to be certain of your purchase, buying CBD products online can provide you a better grasp of the brands you’re dealing with. Most of the products you’ll find in Georgia stores are imported from other states, so you’ll likely find the same selection as you go through your options online.

Careful discrimination of retailers and their products is a necessary step in buying hemp products. Since the herb’s legalization remains in murky waters, with no truly solid set of standards on what you can and can’t do, it helps to tow a strict line so you don’t end up with a product that might not meet federal guidelines.

What Types of Hemp Products are Legal in Georgia? 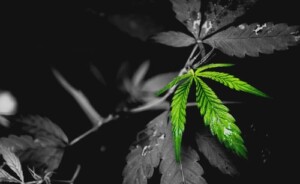 Take a walk-through Georgia state and you’ll find a wealth of stores that offer CBD products in every from. These include hemp flower, pre-rolls, cigarettes, vape oils, CBD oils, tinctures, edibles, gummies, skin care products and cosmetics, pet care products, and even household solutions. The selection can be pretty extensive, and as of now, Georgia legislators have yet to put a cap on the kinds of products that the public can purchase.

Funny enough, this wide range of choices of hemp products available in the Peach State don’t come from its own farmers. For the most part, the products you’ll find within the Georgia state are imported from other hemp producing states with a more stable hemp market.

Can I Smoke Hemp Flower in Public in Georgia?

Not presently. Much like other states, Georgia doesn’t have any field tests that it can use to differentiate between hemp flower and marijuana on the street level. So, if a law enforcement officer apprehends someone in possession of hemp or smoking hemp in public, they won’t be able to tell whether the product was legal or not, based on its THC levels.

In these instances, law enforcement officers have no choice but to seize the sample and send it to a lab for testing. The apprehended individual might have to pay a fee for the incident, or may even be held in custody until the results return – which isn’t exactly immediate. So, to stay safe and avoid the confusion, individuals are advised to avoid smoking hemp in public. Alternative like vape oil and edibles can be much less troubling to keep in tote.

Can I Grow Hemp at Home in Georgia? 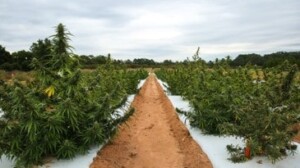 No, you can’t. Only licensed growers are allowed to cultivate hemp in Georgia. Anyone caught growing hemp without the appropriate license will be apprehended and charged with a felony. For those interested in farming hemp in Georgia, the state has some of the cheapest licensing fees at just $50 for every acre of your plot of land.

As of present, there are some 71 licensed hemp farmers in Georgia, but that number seems to be holding its place with no new applications being received by the Department of Agriculture.

The reason? While farming hemp is legalized, exporting hemp to other states is not – although other states are allowed to import to Georgia. Another thing is that farmers can’t sell their hemp directly to consumers, required by law to work with middle men or processors to guarantee the quality of the CBD products they release.

What’s the problem with that? Well, Georgia doesn’t have any hemp processing facilities at the moment. The big issue with the Georgia hemp law is that farmers have nowhere to bring their hemp once it’s grown and harvested. That said, it might take some time before Georgia locals can enjoy their own, homegrown CBD products.

Presently, legislators are reviewing complaints from present hemp farming license holders expressing their situation over the existing hemp laws concerning CBD processing partners. According to Julie McPeake from the Georgia Department of Agriculture, the state is awaiting regulations on the federal level before enacting any regulations on the state level for processing licenses.

With that, the spokeswoman claimed that a processing license could require up to $25,000 up front as an initial fee, with a recurring yearly fee of $10,000 for license renewal. That said, it might be a distant dream for any Georgia locals to put up their own processing facilities, putting farmers in a tight spot.

The Legality of Hemp in Georgia

Yes, hemp is legal in Georgia. But the safeguards that try to keep the public protected are also damaging those looking to earn a profit from farming the agricultural asset. Without the ability to export harvests and without any processing partners within the state, Georgia farmers have no choice but to let go of hemp production for the meantime to focus on other, more profitable sources of income.

With time, we’re hoping to see improvements within the Georgia hemp industry. But if the medical marijuana market – which remains murky and confusing at best – in the state is any forecast, then we can anticipate that it might take a while before any real changes happen within the Empire State of the South. Fortunately, the import of hemp products remains completely legal, and Georgia locals can enjoy a wide range of formulations from outside of the state. So even with the laws stifling the farmers, locals and end users can still access CBD products and hemp flower without the local government putting any caps on the transactions.