Is Hemp Flower Legal in Arkansas?

With strict rules and regulations that safeguard their hemp market, the Land of Opportunity isn’t being too lenient with farmers and buyers in search of greener pastures. Of course, hemp has been legalized since the 2018 Farm Bill. But each state has its own regulations that seek to control its production and sale.

For the most part, buyers and growers can benefit from the laws that oversee the hemp market in Arkansas. But there’s a lot of red tape that prevents much of the freedom that neighboring jurisdictions enjoy. Find out more about the legality of hemp flower in Arkansas with this quick guide.

What is Legal Hemp Flower in Arkansas? 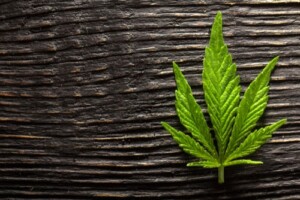 To give some background, it’s important to point out that both hemp and marijuana come from the same Cannabis sativa L. pant. So, to differentiate the two, the 2018 Farm Bill tells us the defining characteristic of hemp – and that is any sample of the Cannabis sativa L. plant with less than 0.3% delta-9 tetrahydrocannabinol. Conversely, any sample of the plant that contains more than 0.3% THC is classified as marijuana and is illegal for recreational use in the state.

According to the law, as long as a cannabis sample or extract contains less than 0.3%, it should be legal to use, sell, and buy within the state. That includes all of the other forms of hemp-derived products that we typically find in stores, including edibles, tinctures, capsules, and more.

Where to Buy Hemp Flower in Arkansas?

There’s a barrier that separates buyers from farmers in Arkansas. So, what that means is that farmers cannot sell their hemp directly to end users. Essentially, hemp farmers can only transact with licensed processors who will then handle the raw material to produce CBD products for the general public to purchase.

That said, you’ll find that the hemp products available in the state of Arkansas should be mostly available through retailers that source their products form processors. In some cases, the processors themselves transact directly with buyers to provide a range of options.

Just like any purchase, hemp should be carefully examined to guarantee its legality. There are lots of unscrupulous sellers out there that aim to take advantage of unsuspecting buyers. By looking for the proper documentation and third-party lab test results, you can be certain that you’re buying hemp that meets state regulations.

What Types of Hemp Products are Legal in Arkansas?

There’s limit or restriction on the type of hemp products that can be sold and purchased in the state of Arkansas. As of writing, that includes everything from hemp flower, to pre-rolls, tinctures, capsules, tablets, edibles, topicals, skin care, and pet care products. If in the future manufacturers are able to come up with a range of other products, then those will likely be legal in the state as well.

That’s mostly because the question isn’t the type of product, but the kind of CBD it contains. As long as the hemp-derived product comes from hemp that matches the indicated THC content, then any resulting products and derivatives can be sold and distributed. Anything that contains more than 0.3% THC is considered marijuana and is illegal for sale even if they’re being distributed to accredited marijuana dispensaries catering to medical marijuana users.

Ultimately, hemp farmers should cater only to the hemp industry. If under any circumstances, a farmer ends up producing a harvest that contains more than the prescribed THC content, they will not be allowed to sell their product to the marijuana market. And the harvest in question should be destroyed with a present representative from the Arkansas Department of Agriculture.

Can You Use Hemp in Public in Arkansas? 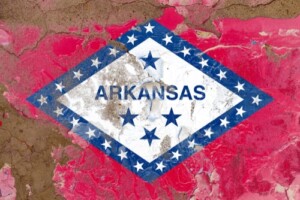 States like Louisiana and Indiana both banned smokable hemp in 2019. In the same year, Texas banned the manufacture of smokable hemp flower. That’s mainly due to the cannabis confusions situation. Marijuana remains widely illegal throughout the country, save for instances where it’s used for medicinal purposes. Because marijuana comes from the same plant as hemp, some local governments are finding it tricky to differentiate one from the other.

As a raw smokable flower, hemp and marijuana look and smell pretty much the same. This is why some jurisdictions have moved to illegalize smokable hemp – because there’s no way to tell whether an individual is in possession of the legal herb or its criminalized cousin. In Arkansas, smokable hemp is still pretty much legal, but there are no field tests available to differentiate hemp from marijuana.

What does that mean for you? To stay on the safe side, it’s recommended that you avoid using smokable hemp products outdoors. If you need a dose of CBD while you’re away from home, pack other forms like edibles, capsules, or vape oils so you won’t have to deal with cannabis confusion.

Can You Grow Hemp at Home in Arkansas?

The short answer is no, you can’t. To effectively regulate the manufacture of hemp throughout the state, the local government only licenses farmers that have applied for and pass the state’s process for licensing. This essentially grants entities the license to farm hemp on an industrial scale for commercial use. But there are limitations.

For starters, a hemp farmer can’t sell their flower directly to end users. This opens up the need for middle-men, or processors, who handle the hemp between seed and sale to guarantee that the resulting CBD product is safe for commercial distribution and retail. While this might seem like a downer for manufacturers who want to monopolize the market, it does open up profitable opportunities for more stakeholders in the agriculture sphere.

To get a license to grow hemp flower in Arkansas, you need to submit an application to the Arkansas Department of Agriculture. On top of the fees for application and licensing, the state also mandates several other documents and requirements.

These include a background check, GPS coordinates for the plot of land to be used, and a floor plan of the entire facility including any structures needed for the cultivation of hemp. Similarly, processors also need to qualify for licensing before they can transact with growers.

The Legality of Hemp Flower in Arkansas 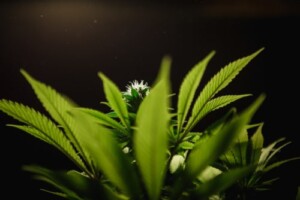 The red tape surrounding the sale from farm to end users can prevent farmers from reaping the full profit that they could be enjoying. Nonetheless, it guarantees a spot in the circle of hemp life for the processors who become an indispensable part of the entire process. That said, while the regulation might take away from the possibilities of hemp for farmers, it does open up new opportunities for more stakeholders in the hemp industry.

While we’d love to see some improvement and clarity in the public use of hemp in the state of Arkansas, we really can’t complain considering how far the industry has come since its idle years just decades ago. Being one of the few states with a working medical marijuana program, there’s no other way for the hemp industry in Arkansas to go but up.

Plus, as we continue to move forward with both hemp and marijuana, we can expect that the ties that bind these two herbs will slowly but surely loosen in the years to come so that more people can experience their benefits regardless of their unique context.