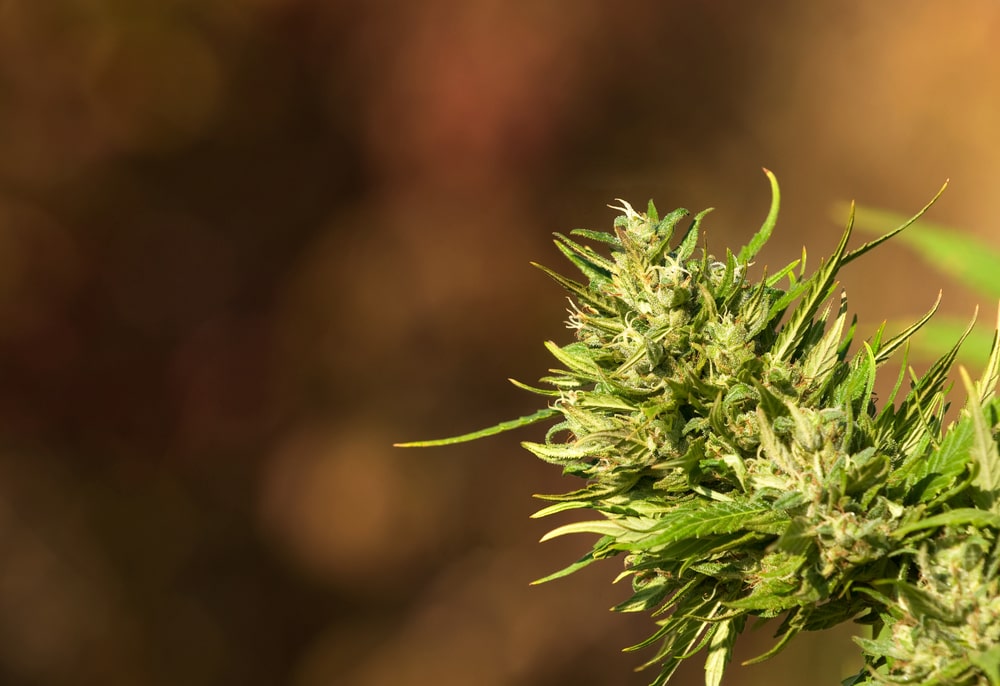 Aptly named Candy land, this ultra-potent sativa can jolt your system with a heightened dose of energy. But it’s more than just your average, everyday awakening strain. Candy land delivers what is perhaps the most potent sativa dose imaginable, mimicking the strength and intensity of untouched landraces. For that reason, it’s often the strain of choice for veteran cannabis-heads in search of a brand-new kick after years of trying all the other cultivars they can get their hands on.

Aside from its effects, Candy land also gets its name from its lip-smacking combination of sweet, fruity flavor. The delicious herb dispatches a commingling of citrus, berry, dough, and nectar that can make your eyes roll back in your head and your toes curl up underneath your feet.

Origins of the Candy land Strain

With its intense flavor profile and palpable sweetness, it’s really no surprise to find out that the Candy land strain comes from the Cookies lineage. This popular sativa brings together the genetics of two prominent parent strains, both of which come from separate royal families in terms of cannabis heritage.

The first is the Bay Platinum Cookies. This herb is a direct descendant of Patinum Cookies, brandishing a strong chemical profile that packs freight train of flavor and intense sativa leaning effects. These characteristics are perfectly reflected in the Candy land strain, with the main difference being that the Bay Platinum Cookies herb does have a tinge of indica qualities with its overall effect.

The second parent is none other than Granddaddy Purple. An icon in the cannabis market, this indica is soothing, relaxed cultivar that hauls unrivalled flavor and aroma. Its sweet, fruity flavor is largely mimicked by the Candy land Strain, but its indica profile remains completely bypassed by Bay Platinum Cookies’ strong sativa genetics. 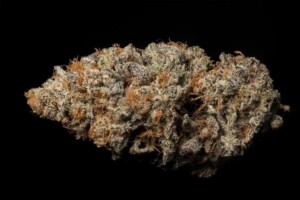 First look at the Candy land strain might make you think you’re looking through rose-tinted glasses. The pretty, dreamy, sunset colorway that envelopes the Candy land strain can make any cannabis head swoon. Its leaves are tinged with streaks of pastel green, doused with splashes of pink and yellow-orange that produce a golden hour aesthetic that’s candy to the eyes.

Moving on to aroma, the Candy land strain doesn’t disappoint. Its blend of sweet, sucrose scents make it a truly delightful strain, engaging your olfactories in a one-on-one encounter that might make you forget every other cultivar you’ve encountered. Its sweet, fruity aroma is heightened by spicy notes of herb and cinnamon, making you want to dig your nose into the jar as deeply as possible.

Its rich scent is the result of a thick overlay of fuzzy white hairs called trichomes. These minute projections are responsible for producing the terpenes that give Candy land its distinct aroma. With its dense layer of peach fuzz, the strain comes out with a far stronger aroma than many other cannabis varieties available on the market. 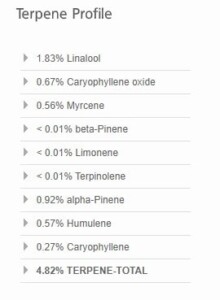 Save for a hint of gasoline towards the tail end of the drag, Candy land’s flavor profile remains entirely the same as its fragrance. The sweet, sugary flavors well up inside the mouth and build up to a final crescendo where everything just melts together in a gooey concoction of homogenous sweetness. Needless to say, the taste can be a delight for any cannabis user, tapping into your inner child by luring you with the sweet taste of confection.

But don’t think you can keep on toking. The Candy land strain’s effects are no laughing matter, and they can shoot you into unprecedented levels of energy. Just like a kid all chocked up on candy, this strain can put you into a state of heightened everything. From euphoria, to directionless energy, the effects of Candy land can be hard to control if you’re not exactly a cannabis veteran.

For novices and rookies hoping to experience the effects of the strain, it should be a no brainer to manage your dose. For experts, the same goes, especially because some phenotypes tend to be far more potent than others. A fair warning – it helps to make sure you’re in a place where you won’t potentially put yourself in a dangerous or embarrassing situation. Stay at home when you take the trip to Candy land, and try to prepare a list of to-dos’ before you take the first toke so you know how to spend your energy increase when it finally crashes into your system. 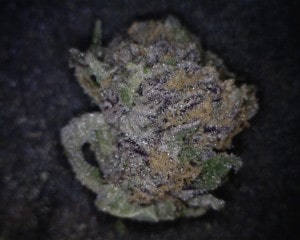 Easy and breezy, Candy land grows like a weed, thriving and prospering nearly anywhere you put it – indoors or out. For that reason, it makes a suitable choice for farmers who are just starting out with cultivation, eager to learn the ropes of farming cannabis. Some other reasons that it makes a good beginner plant is because it doesn’t tower like other cannabis strains, reaching a maximum height of 5 to 6 feet.

Despite being relatively shorter than the average cannabis strain however, Candy land offers a treasure trove of a harvest, giving you up to 6 ounces of bud for every foot that it grows in height. And because it only takes a little less than 2 months to reach harvest time, you can be certain that the herb will provide you a steady source of bud throughout the seasons.

So, who would best benefit from the use of Candy land? Sorry to say, novices, but this one’s really better left for those with more experience handling cannabis. Being that the strain’s effects can be particularly pronounced, it’s hard to tell whether a rookie would be able to manage its impact. Of course, you could try dialling down your dose to just a fraction of the recommended, but it’s never a bad idea to grow your experience first to be better equipped for the strain’s effects.

On the other hand, farmers can get a kick out of growing their very own Candy land strain. Highly adaptable, this herb can grow well both in and outdoors, so there’s no restrictions as to the growing environment you should provide. And aside from its abundant yield and fast growth, Candy land has also been known to release its fragrant aroma way before harvest, so it’s nice to have around.