With a strong CBD presence, the Critical Mass strain offers its chemistry to those who need sound relief versus a range of common daily distresses and discomforts that make might everyday tasks a pain. But unlike other strains that claim to clear out mental clutter and physical aches, the Critical Mass strain doesn’t sedate the system. So what you get is a functional experience that minimizes unwanted feelings without having to incapacitate its user. 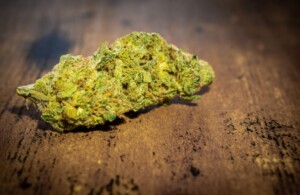 The Origins of the Critical Mass Strain

Critical Mass has been around for quite a while, and today, it’s recognized as one of the best CBD dominant herbs on the market. But even then, there’s not a lot of information on where it comes from and who its ancestors are. Sure, there’s been a lot of speculation, with some experts claiming that its parents should be similarly strong in CBD chemistry to produce such a descendant.

But what genetics has taught us is that even cannabis strains with high concentrations of THC can yield offspring that leans more on the CBD end of the spectrum. That said, there’s really no way to tell where Critical Mass comes from. But what we do know is that its consistent genetics and chemistry mean that it may have been bred numerous times until it became its own stable, repeatable genetic code.

At a glance, the Critical Mass strain looks relatively oversized, especially when compared to other strains on the shelf. That’s mainly where it gets its name – from its massive nugs that are significantly greater in volume when compared to other herbs. But while it does grab attention with its larger-than-life nugs, the strain maintains a low profile colorway that touts nothing more than the basic greens. In some cases, bright orange tendrils might try to steal the show. But Critical Mass more commonly showcases light yellow hairs that tend to blend with the background.

Critical Mass releases a slight, herbal, piney scent that can be soothing right off of the bat. Caressing the olfactories with its sweet, delicate aroma, the cultivar can really induce blissful feelings of calm and well-being with noting more than the incense of its scent. And for those who aren’t too well-versed with the selection process, an aroma like this will usually shed light on the kind of chemistry that a strain has. 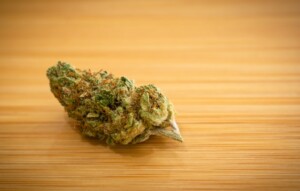 Critical Mass releases soft, fluffy clouds of smoke that can gently scratch against the throat as it passes into the lungs. It’s not going to be the most pleasant experience, and there may be the need to cough away the irritation. But overall, the mild abrasion should be easily tolerated by even the least experienced newbies.

In terms of effects, the Critical Mass strain won’t toy with your consciousness and neither will it melt your body. Instead, the strain clears away all sorts of discomfort, distress, and aches, helping you achieve total body control that’s free from negative feelings. Making you experience a brand new sense of well-being, the Critical Mass strain might be exactly what you need as you power through the day.