Is Hemp Flower Legal in Ohio?

Ohio used to have a thriving hemp market, until 1937. When federal government claimed that hemp flower and marijuana were one and the same, the state’s flourishing hemp industry was put to an instant halt. Times were tough for hemp farmers and buyers who benefited from the effects of hemp, and many of those who had special interest in the herb worked to push for its legalization.

Today however, things have changed drastically. Thanks to the help of researchers and advocates, hemp is being seen through a new set of eyes, and the state of Ohio has once again made it legal to use, buy, grow, process, and sell hemp – in all of its forms. That includes CBD products and the entire host of CBD hemp formulations that we know and love.

The bill legalizing hemp in Ohio was signed in July of 2019 by Governor Mike DeWine, and was effective immediately from that day. And to celebrate the forward progression in the hemp industry, agriculture officials planted a hundred hemp cuttings in a plot of land just behind the Ohio Department of Agriculture.

What is Legal Hemp in Ohio? 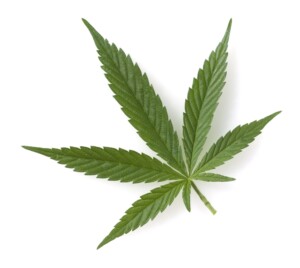 Although hemp is legal in the Buckeye State, there are certain parameters. These stipulations protect buyers from herb that doesn’t meet the state’s standards. According to the law, hemp is defined as:

“The plant Cannabis sativa L. and any of its parts, including the seeds, derivatives, extracts, cannabinoids, isomers, acids, salts, and salts of isomers, whether growing or not, with a delta-9 tetrahydrocannabinol concentration no more than three tenths per cent on a dry weight basis.”

Research has found that tetrahydrocannabinol (THC) has been found to be responsible for the psychoactive effects of the Cannabis sativa L. plant. In effect, any sample of the plant with THC more than 0.3% doesn’t qualify as hemp and is considered to be marijuana.

Where to Buy Hemp in Ohio?

For buyers, the law’s stipulations are minimal at best. In fact, buyers can purchase any amount of hemp flower in one transaction, so there aren’t any limits as to the volume of hemp and hemp-derived products you can have at any one time. On the other hand, farmers and sellers are under a slightly tighter leash in order to properly enact the parameters that guard the quality of hemp that’s legal in the state.

Back in the day, only government accredited medical hemp dispensaries were allowed to sell hemp products. But today, anyone can own an accredited hemp dispensary. Growing hemp is another story, however. To protect the interest of buyers and hemp users, the state requires individuals interested in farming the herb to first acquire the necessary permit.

The State of Ohio requires entities or individuals interested in growing hemp for commercial purposes to first acquire a hemp cultivation license. These are available through the Ohio Department of Agriculture and are valid for up to 3 years. Applications can be submitted within a specific window, which is usually from November 1 to March 31.

Once approved, farmers can start legally growing hemp within the state of Ohio. The returns from their farming efforts can then be processed and sold within the state, or transported to other states where hemp is considered legal. Some of the best source of hemp flower Ohio has to offer can be found online – easily accessible to buyers from around the country.

What Types of Hemp Products Are Legal in Ohio?

Ohio legalizes hemp in all of its forms. So aside from the dried hemp flower Ohio itself, buyers and sellers are allowed to transact with various hemp-derived products. These include CBD oil, tinctures, edibles, skincare products, pet products, capsules, supplements, and everything in between.

What’s the single requirement? Of course, the only consideration is that all of these products should be derived from hemp that has less than 0.3% of THC. As long as lab results showcase that the formulation’s chemistry falls within the limits designated by the law, then they can be safe to use, sell, and manufacture.

Can You Use Hemp in Public in Ohio? 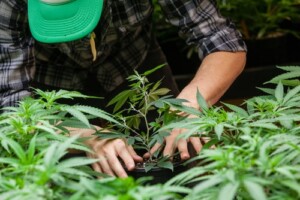 The law signed by Gov. DeWine decriminalizes hemp, making it legal to use and buy throughout the state. With that, lots of those who enjoy the benefits of hemp can’t help but wonder – is CBD hemp flower legal to use in public? To make thing clear, hemp itself isn’t illegal and shouldn’t put you in a situation with law enforcement, as long as the product you’re using falls within the THC limits set by the law.

However, it helps to remember that hemp and marijuana are particularly similar, making it difficult for law enforcement to differentiate the two on the field. And because marijuana is illegal across the state, that may cause law enforcement officers to take action if they assume you’re in possession of marijuana.

In fact, there isn’t a field test presently available to tell marijuana and hemp apart in a real-life setting. So, if you’re found in possession of legally accepted hemp, law enforcement officials have no choice but to assume that it’s cannabis, since they won’t be able to tell them apart.

That said, if you want to stay out of trouble, then it might be best to stay away from public spaces with hemp in your possession. Using hemp in a public space should also be avoided at all costs to avoid being apprehended for suspected marijuana possession and use.

Can I Grow Hemp at Home in Ohio?

The legality of growing hemp flower at home varies from state to state. But in Ohio, the practice is still widely prohibited. That’s because there’s no way to control the quality of hemp that’s produced in a humble homeowner’s backyard. Leaving an opportunity to cultivate hemp that exceeds the prescribed THC content, residential and recreational hemp cultivation remains widely illegal.

Anyone seeking to grow hemp will be required to have a permit from the Ohio Department of Agriculture. Aside from paying certain fees, farmers would also have to provide several requirements to receive their permit. These include:

According to the Ohio Department of Agriculture, any farmer interested in growing hemp should have at least a quarter of an acre of land to do so. Any less than that, and farmers might not be qualified to receive a hemp cultivation permit from the state.

The Legality of Hemp in Ohio 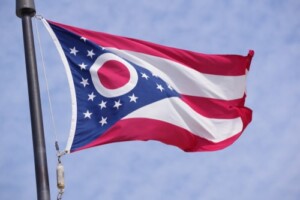 So, is hemp legal in Ohio? You bet. Since passing the bill in July of 2019, the State of Ohio enjoys a flourishing hemp market, giving jobs to thousands of farmers and providing quality CBD flower and hemp products for those who need it most. Of course, the requirements for individuals and groups seeking to establish their own hemp flower farm aren’t entirely accessible to all. Some advocates have criticized these steep conditions, stating that the high costs and large land requirements might narrow the opportunities for smaller hemp brands.

Nonetheless, the State of Ohio is well on its way to welcoming the miracle hemp herb with open arms. With time, it’s anticipated that hemp laws in the state will open up further, making it even easier for business owners to enter the market and for buyers to enjoy the benefits of CBD anywhere in the state. All that said, the present hemp situation in the Buckeye State has given all of the fans of the herb and budding business owners reason to rejoice.