Is Hemp Flower Legal in Massachusetts?

Yes, hemp flower is legal in Massachusetts. Since the 2018 Farm Bill was signed into law, hemp has been removed from the list of banned substances throughout the country. With that, any state that submits a hemp farming program to the United States Department of Agriculture can legally cultivate the agricultural commodity through licensed farmers within the state.

As of writing, the hemp flower market in Massachusetts is thriving, allowing just the right freedoms for both end users and producers to encourage flourishing manufacturing and sales. But it’s not entirely without restrictions. Learn more about Massachusetts hemp law and its specifics with this guide.

What is Legal Hemp in Massachusetts? 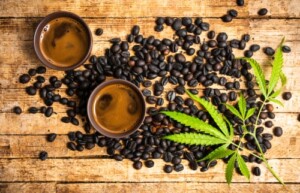 In the 1950’s, the war on drugs saw the ban of hemp along with other substances like marijuana. It was the similarities between these two plants that caused legislators to see them as one and the same. After all, since they come from the same Cannabis sativa L. plant, how much different could they be? But even then, differences in the cultivation of hemp and marijuana produced variations in their chemistry – which is why hemp is legal today.

Marijuana – hemp’s illegal cousin – contains high concentrations of delta-9 tetrahydrocannabinol. This chemical compound is what gives marijuana its signature high, causing psychoactive effects that are ultimately what make it a controlled substance. On the other hand, hemp contains just trace amounts of the compound THC, so while it offers the benefits of cannabinoids, it doesn’t cause the same effects as marijuana.

That said, the 2018 Farm Bill indicates what makes hemp different from marijuana. According to the law, for any cannabis to be considered legal hemp, it should contain a THC concentration of no more than 0.3%. As long as this requirement is met, then any of the plant’s derivatives, parts, and the products made from it are considered legal to use, sell, buy, market, and distribute throughout the state.

Where to Buy Hemp in Massachusetts?

Hemp specialty stores are a dime a dozen in Massachusetts. So, you probably won’t have such a hard time finding hemp in the state. Presently, the local government does not require retailers to avail of any license to sell their products. If anything, the government is focused on regulating the wholesale aspect of the hemp industry, including production and processing, leaving the retail end generally unregulated.

But even then, you’d probably be better off finding your hemp and CBD products online through the various web-based retailers. Since the legalization of hemp in 2018, there are no restrictions on the sending and mailing of hemp and CBD products. So, you can easily purchase your chosen formulations through online providers without having to deal with any red tape. Most of those who use CBD in the state of Massachusetts source their product from the web where choices are vast and almost limitless.

What Types of Hemp Products are Legal in Massachusetts?

This is where things get a little confusing. For the most part, smokable hemp isn’t an issue within the state of Massachusetts. So that includes pre-rolls, cigarettes, cigars, and vape oils. Similarly, products that are used as topical formulations – like lotions, creams, salves, and personal care products like soap and shampoo – are all legal to sell and purchase.

On the topic of edibles however, the state holds its stance that CBD has yet to be approved by the FDA is a safe food ingredient. That said, any edible CBD products like gummies, capsules, tablets, and beverages, are all prohibited for sale within the state. However, products that use hemp seed oil can be sold and purchased, since hemp seed has been distinguished as the FDA as a viable food ingredient.

Do note that while processors are not allowed to generate CBD edibles, you may still purchase them online. That said, anyone who prefers taking their CBD the smokeless way, then buying a bunch of edibles through a web-based store should be a suitable workaround. For brick-and-mortar retailers hoping to sell more diverse products, Massachusetts locals will have to wait for the local government to pass its own laws to legalize edible CBD, or for the FDA to declare the substance as safe for food use and consumption. 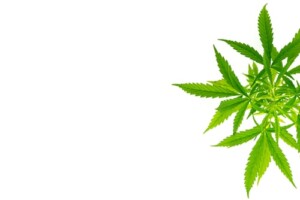 Can You Use Hemp in Public in Massachusetts?

Technically, you should be able to use hemp in public because it’s a legal agricultural commodity. Since the 2018 Farm Bill, any state with a regulated hemp farming program can legally sell, manufacture, distribute, and use hemp. However, law enforcement agencies are having trouble dealing with individuals who are found using hemp in public because it’s indistinguishable from marijuana.

Because the recreational use of marijuana remains illegal, and because hemp and marijuana can’t be told apart simply by visual comparison alone, it’s likely for individuals using hemp in public to be mistaken for using marijuana.

As of writing, there is no field test that law enforcement agents can use to determine whether a sample is hemp or marijuana on the spot. With that, anyone found using hemp or in possession of hemp in public will have to be dealt with as though the substance found was marijuana. To avoid the inconvenience, opt to keep and use your hemp at home, or use a vape instead when you’re out and about.

Can You Grow Hemp at Home in Massachusetts?

Not currently. Only licensed growers are allowed to cultivate hemp in Massachusetts. To get a license, you’ll have to submit an application to the Massachusetts Department of Agriculture. With the application, budding farmers need to send in a map of the growing or processing site, a criminal history report for the person applying, and $100 as a non-refundable processing fee. The license itself comes with a fee of $300 for growers or processors, and $500 for growers-slash-processors.

Even then, processors are guaranteed profitable business opportunities since hemp growers are not allowed to transact directly with end users. Only CBD and hemp products that pass through licensed processors can be sold to consumers. That means that processors will always have a place in the market, acting as the middle man between farmers and buyers, and guaranteeing the quality of the usable hemp products released into the market. 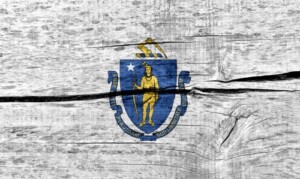 The Legality of Hemp in Massachusetts

The Massachusetts hemp market closely resembles a lot of the others in surrounding states. If anything, the prohibition of edibles is what sets the state a few steps back, making it difficult for retailers to maximize the potential profit of their business. For buyers however, the possibilities remain limitless, especially with countless retailers flocking to the web to offer their products.

The 2018 Farm Bill has irreversibly changed the hemp market, and with the boom of ecommerce, it has become exceedingly effortless for sellers to reach their market anywhere in the country. So, while stakeholders at the production end of the market might have a few complaints, buyers can always access the products they need through the various retailers that make CBD and hemp flower available online.