Whether the Black Mamba strain was named after the snake, the vindictive bride from Kill Bill, or the late basketball playing superstar, there’s really no guarantee. But what we do know is that this hard-hitting strain strikes with the full force of the deadliest snake on the planet, earning itself a reputation that’s better suited to those with experience handling such a venomous herb.

Known to be incredibly potent and strong, the Black Mamba strain works hard to earn its name. Easily knocking out less experienced smokers, this cultivar doesn’t joke around, and comes with a fair warning that deters novices and rookies from dancing with the dangerous mamba.

The Origins of Black Mamba

Almost completely indica in terms of its effects, the Black Mamba strain is overpowering and overwhelming, consuming your system in the fullness of its subduing venom. But the strain didn’t become the powerhouse that it is overnight. This herb combines genetics from two cannabis industry classics – one of which is the acclaimed Granddaddy Purple.

Slow and easy, Granddaddy Purple rose through the ranks and became the poster child for indica strains way back when it was first introduced in 2003. Its distinct effects detach the mind from the body, putting your system in a state of total release as your mind astral projects into a calming daydream of total carelessness. Aside from its indica-leaning effects, the Granddaddy Purple strain lends Black Mamba its rich grape and gasoline flavors.

The other parent – although unconfirmed – is said to be the Black Domina cultivar. Another heavy-handed indica strain, the Black Domina combines the most desirable qualities of Northern Lights and Afghani to deliver hazy, sleepy effects that can make any long-time veteran fall into a deep, uninterrupted slumber. 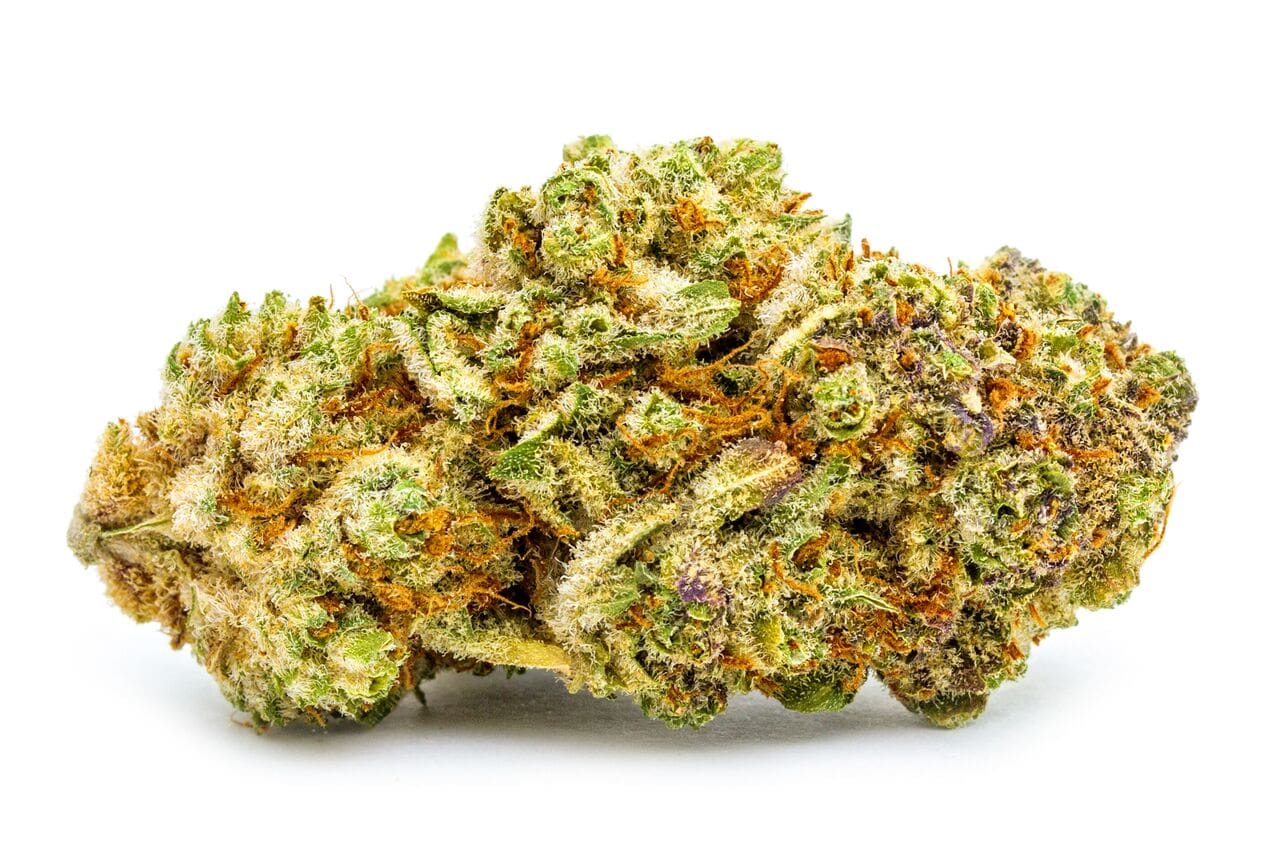 If we’re being absolutely honest, there’s not a lot about the look of the Black Mamba strain that makes it particularly eye catching. Loosely packed leaves ranging in hues across a spectrum of green, with tinges of brown and gold here and there make the nugs look like any, average, budget-friendly strain. But that’s what adds to the Black Mamba’s danger.

Less experienced buyers who base their choices simply off of looks can be easily deceived by this strain’s unassuming aesthetics. The basic colorway and non-distinct details make it seem like a simple, straightforward cultivar. But beneath the intertwined network of pale-yellow tendrils and forest green leaves, the strain packs a powerful, potent concoction of effects that make it a silent killer.

Ask your local budtender to crack open the jar, and you’ll find that the Black Mamba offers an incredibly pleasing aroma, with strong overtones of grape laced with gentle yet detectable jabs of gasoline. Enthralling yet mildly offensive, the blend of fragrances should be enough to get you want to take another whiff. 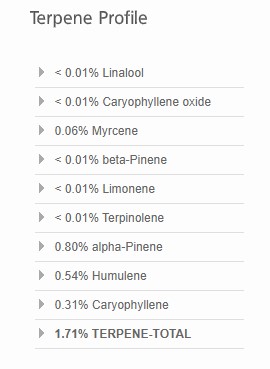 Like a snake lying in wait, the Black Mamba strain catches its unsuspecting prey off guard with its delectable blend of grape and gasoline. As the bitterness and sweetness dance together to enthral your senses, the strain’s venom gets to work on the rest of your body. It’s smoke – smooth and even almost cool against your throat – can make you want to keep on toking. But take heed – the pleasant experience is but a smokescreen to the oncoming slaughter.

Black Mamba’s effects don’t take a hold of your system until after a few minutes. And unlike other strains that tend to take their time working up to a gradual crescendo, the Black Mamba strain will have you feel like you were left unchanged after the entire smoking experience. It isn’t until the strain delivers its power packed punch that it lays bare its true nature.

All at once, the full force of the cultivar’s effects will grip your system with the strength of a full-grown boa. Its impact harasses the mind and body all at the same time, clearing your mind of thoughts and trivialities to give rise to a truly calm, collected euphoria. The venom then courses through the rest of your body, leaving your limbs feeling limp, and locking you to whatever surface you’re resting on – whether it be chair or mattress. Make sure you get comfy before the strain takes effect. 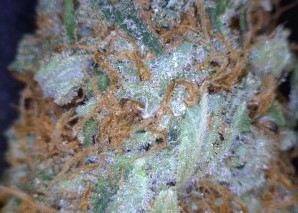 Black Mamba can be particularly difficult to grow, which is why it isn’t quite as common in the cannabis market. The temperamental plant has very specific growth requirements that prevents newbies from successfully cultivating the herb. Partial to hot climates with very little humidity, Black Mamba is best grown outdoors where it can get the full force of sunlight for maximum growth.

Height wise, it’s not such a tall plant. Averaging 5 feet in height, this cultivar is slightly shorter than average, and yields just 2 to 3 ounces of bud for every foot. It’s also not the fastest growing plant, taking around 12 weeks to reach full maturity. Nonetheless, if you’re growing the strain for your own personal use, then all of these factors might not be too big of a deal, especially if you’ve got some previous experience.

Leaving no nerve untouched, the Black Mamba strain is best reserved for cannabis users who have had previous experience handling such potent cultivars. The strong indica effects are powerful and overwhelming, and may leave a novice clawing for release as the cultivar stuns with its unrelenting calm and full-bodied sedation. Even then, the strain makes a suitable choice if you’re struggling with significant body discomfort, providing sound relief for more severe cases of tension.

If you’re interested in growing Black Mamba to produce your own range of cannabis-derived products, it pays to know the properties of the strain beforehand. Slow to grow, low in yield, and difficult to maintain, the Black Mamba strain might call for quite a lot of effort if you’re looking to manufacture products in bulk.