Not to be confused with Barry White, this cannabis strain is like the entitled offspring of a posh power couple. Born from the marriage of two superstar strains, the Berry White herb rides on the tides of its parents’ success. But don’t think that it doesn’t have anything to back up its inherited prominence. Quite the contrary, the Berry White strain has the qualities to support its celebrity status, proving that not all who are born into prominence are talentless hacks.

With its flavor fusion of berry, citrus, and pine, the herb’s overall tongue can be an experience all on its own. Combine that with its upbeat effects for socialization and creativity, this strain can easily help you power through a social gathering or a mountain of paperwork.

The Origins of Berry White

The Berry White strain didn’t have to do a lot to earn its prominence on the market. Bringing together the monster genetics of Blueberry and White Widow, this strain was destined for greatness the moment its iconic parents intermingled. The diverse genetics between Blueberry and White Widow combined to create the equally formidable Berry White, with both parents contributing distinct elements to their handsome offspring.

White Widow – a venomous sativa – breaks through the mind and body with the energy of a thousand suns. This high-powered herb inspires both creativity and talkativeness, which was largely inherited by its Berry White child. While citrus isn’t its strongest flavor component, the taste of lemon is heavily represented in the Berry White profile. 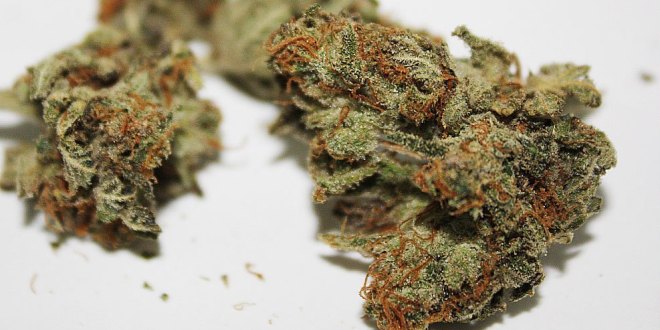 Thick, elongated nugs make the Berry White herb stand out on a dispensary’s shelves. Its fluffy leaves are rounded and fat, making each sample look as though its a plush cushion of cotton-filled green. All over the exterior, scattered white fuzz coat the nugs in texture and frost, leaving a sticky resin film on the fingers after handling. In some cases, the glorious bud can even take on a dark bluish purple hue, like they’ve been crossed with the genetics of a blueberry itself.

Ask your local budtender to take the jar of Berry White off of the shelf to take a whiff and you’ll discover a dynamic blend of fragrances, spearheaded by a foreground of blueberry. Undertones of citrus and pine dance together behind the dominant berry. Those with slightly more experienced snouts are likely to detect hints of wood and gasoline underneath all of the layers of fragrance. But even then, the delicate bitterness just adds to the strain’s overall appeal, adding dimension and depth to the pleasant foreground of fruity notes.

Taking the strain as smoke only heightens the fragrances it bares when you whiff. The main difference is that when burnt and charred, the taste of gasoline becomes a major stakeholder in the flavor encounter. The smoke itself does have an abrasive texture to it, scraping along the throat as it passes through. For most users with some experience, it can be a tolerable feel. But novice and rookies might feel the need to pull away and cough it out.

With the strain’s complex chemistry coursing through your system, you’re likely to start feeling its effects within just a few short moments after the final drag. Its primary effect unhinges the jaws to help you feel more comfortable with conversation. The herb fuels socialization and gives you the energy for unstoppable creativity. So, whether you’ve got a project that’s due, or if you’re hoping to come up with new concepts, the strain can be exactly what you need.

As an edible, the Berry White cannabis strain manifests slightly different effects, working to combat the blues by inspiring an uplifted mood. Whether you’re toking or taking it in other forms, you can be certain that the herb’s effects are long-lasting and sustained. 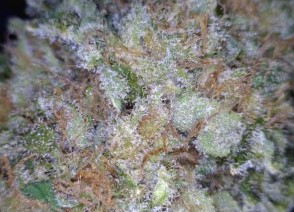 With all of the qualities that make a cannabis strain easy to grow, the Berry White cultivar can be a blast for rookies to experiment with. Fast to finish and resilient against the many different elements that endanger cannabis health, the Berry White’s medium-tall plants produce an abundant harvest. At about 6 ounces of bud for each foot of growth, the strain’s returns can double the investment that you put in.

Averaging just 50 days to reach its full maturity, the Berry White strain makes sure you get back what you put in without a moment to lose. For that reason, the herb might also be a suitable pick if you live in areas where colder weather draws in towards the end of the year.

When extracted and turned into a cannabis-derived formulation, the Berry White strain’s indica properties tend to shine through. What’s especially appealing is the fact that the strain’s strong Blueberry flavor is often perfectly preserved even after extraction, giving edibles added flavor.

If you’re not too keen on attending that get-together, or if you’re stuck at a creative roadblock, then the Berry White strain can come in handy. The sativa-leaning strain offers a controlled energy burst that inspires an upbeat mood, making you feel more willing to go through social interactions and more motivated for creative expression.

For the business-minded cannabis-head, the Berry White’s strain’s easy growth and generous harvest let you cash in on your time and effort sooner rather than later. Sure, the process of extraction might slightly change its effects, but with its potent flavor, the strain promises to bring the same lip-smacking swirls of blueberry and citrus regardless of whether you smoke it or take it as a post-processed concentrate.