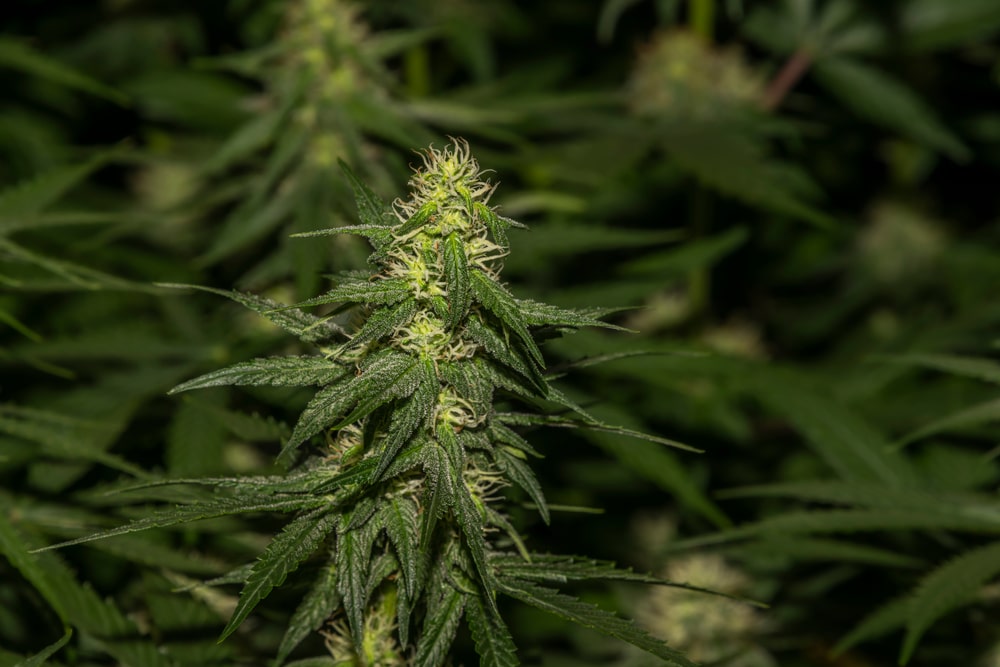 Ready for the big guns? Serious Seeds shows just how serious they are with the conception of the enigmatic White Russian. Also called the White Serbia, the White Russian herb bagged Best Overall in the 1996 High Times Cannabis Cup, and is presently known in the cannabis industry as the strongest strain in the world. Yes, you read that right – this stuff is so potent, you’d think the Russians themselves would have bred it.

Powerfully fragrant, immensely potent, and holistic in its effects, the White Russian is a strain that can give even the most seasoned Cannabis veteran a run for his money. Its fast acting chemistry flips a switch in the attic, and changes everything about your current state of being – for better or for worse, depending on how well you really know your tolerance.

The Origins of the White Russian Cannabis Strain

The child of two hybrids, the White Russian’s parents are both respected, eminent names in the industry, known for their distinct effects, potent genetics, and impressive flavor. But the real reason why White Russian developed such a strong chemical composition is because both of its parents were children of powerful landrace combos. In effect, the White Russian has three landrace grandparents.

The first parent – AK-47 – is the award-winning cross between the South American and the Mexican landraces. Born a hybrid, AK-47 veers toward its sativa tendencies, giving rise to awakening effects that blend relaxation with an active cerebral buzz. The taste aroma can be described as herbal and fruit with a douse of gasoline. Its scraping, abrasive smoke texture can be a total trip for a seasoned veteran, but most beginners will typically find it a little too strong.

White Widow, a child of the South           Indian Indica and the South American landraces, is an intense sativa hybrid that doesn’t only come with a mouthful of powerful flavor, but also a bursting reservoir or energy and vigor that can centralize your focus and keep you on task for extended periods of time with an exaggerated attention span. Considered one of the most potent strains on the market today, it really comes as no surprise that White Widow turns out to be one of the parents in the White Russian mix. 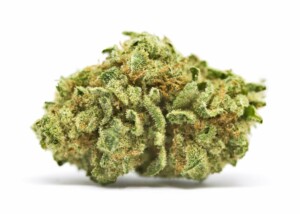 The White Russian herb kind of already tells its consumers to tread with caution through its intense appearance. Drenched in a thick layer of crystallized fuzz, the trichomes on the nugs will definitely be the first thing you notice. Almost as thick as its thick orange tresses, this tiny white hairs create a solid barrier around the nugs and drip with the sticky golen resin that the herb is known for.

Various shades of green mingle together on the surfaces of the leaves, intertwined with hints of yellow, orange, and gold that further magnify the strain’s A-list genetics. Large and wound tightly, each oversized nug can look larger-than-life, especially when lined together with the range of other strains in your budtender’s arsenal.

With such potent chemistry, the White Russian’s aroma takes on a life of its own. Like a spirit leaving its body, the bold aroma takes possession of your olfactories and holds your nostrils hostage with its strong, overbearing scent.    Blending together herb and fruit, the smell adds a dramatic kick with its gasoline undertones that punch you right in the nose with its forceful impact. 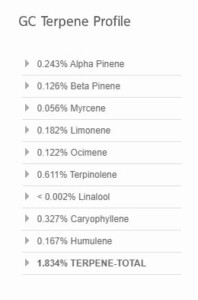 There’s a reason why the White Russian is called the strongest strain on the market. The fast acting chemistry that hides within its leaves can produce an almost instant shift in mentality, changing the way you perceive your surroundings by clearing away mental clutter. The released mental bandwidth heightens your sensing and makes even the slightest stimulation feel hundreds of times more powerful. Funny enough, some of those who have encountered the White Russian just had to ask – is this crack?

Increasing your heart rate and intensifying each breath, the White Russian Cannabis strain delivers a sudden surge of sheer energy that breaks through your feet and shoots up to to your head. This intense vigor boost swirls in your system and buzzes through your limbs, begging to be let out in any way possible. In many cases, low tolerance users and less experienced Cannabis heads might find the feeling to be unbearable.

The ultra-cerebral experience will have you spending most of your time in your head. And while it is a sativa strain, most of the active buzz will be contained in your cognition. Racing thoughts, brand new ideas, stirred creativity, and at times, even an increase in socialization are just some of the things you’ll experience under the shade of White Russian’s chemistry. That said, it would be wise to tread lightly, especially if tend to suffer from conditions that can awaken feelings of worry and apprehension. 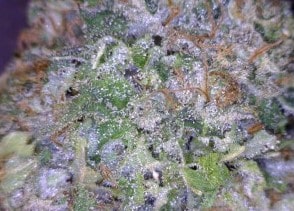 White Russian isn’t just rare because of its intense chemistry that tends to keep buyers wary, but also because it’s pretty damn hard to cultivate. Its nature combines the heredity of three different landraces that have wildly different cultivation requirements. So in effect, the resulting strain calls for quite specific environmental conditions that can be tough to replicate. That said, your best chance of bringing the herb to fruition would be to keep the strain indoors.

Flowering in about 10 weeks from the seed, the White Russian will require that you wait it out before you get your hands on your returns. Even then, it could produce just around 1 to 2 ounces of bud for every square foot of its size, so you’re not really looking at such a fat harvest. Nonetheless, you do get to try its intense effects which can be well worth the trouble.

Honestly? That’s a pretty tough question to answer. White Russian can be pretty hard to tolerate even if you’ve been around the scene for a while. In the end, it all really depends on how well you know your level of tolerance. Needless to say, novices should steer clear and know better than dabbling with a strain that might leave them incapacitated. For veterans, the warnings are no less harsh. Really, if you want to showoff and tell your friends how well-trained your Cannabis tolerance is, White Russian isn’t the strain for the job.