CBD Distillate, Isolate And Full Spectrum: Delving Into The Differences

One word that’s been getting a lot of press in the CBD marketplace recently is “distillate.” Sometimes nicknamed “The Pure,” distillation refers to a novel extraction method that’s able to remove highly refined CBD from the hemp plant. Proponents of CBD distillate claim it’s one of the purest and most potent forms of this cannabinoid known to man, with virtually limitless practical applications.

On average, a CBD distillate contains around 80% CBD, as well as other useful cannabinoids and terpenes. CBD distillates can be further processed to provide even more refined versions of CBD. Therefore, it has potential in the manufacturing of products such as vape cartridges, tinctures, and edibles.

The Basics: What Is CBD Distillate?

CBD distillate is a heavily refined liquid form of CBD that has a honey-like consistency. Most often this CBD is extracted from the hemp plant, but it could also be taken from cannabis. Thanks to the intensive extraction process, CBD distillate is tasteless, odorless, and has zero impurities. Also, since CBD distillates are so densely concentrated, you don’t need a lot of this product for it to have a potent effect on your body.

Although every product is slightly different, most of these hemp-based distillates contain about 80-90 percent pure CBD. The remaining amount is usually composed of other naturally occurring cannabinoids found in the hemp plant. 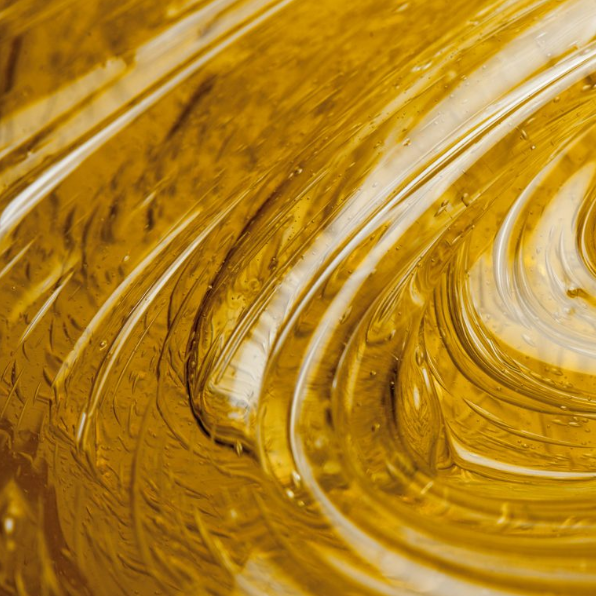 CBD distillates present an excellent opportunity for wholesalers and business owners, as they have countless practical applications. However, before you jump at the opportunity, there are a few things that you should know about CBD distillates. The first one is the primary categories of distillate.

This information is particularly useful to know because not all types are suitable for all products. Let’s take a closer look at all the CBD distillate types available.

One of the most popular forms of CBD you might find in the marketplace is known as “full spectrum” or “whole plant.” In simple terms, these full spectrum CBD products haven’t been as finely refined as CBD distillate. While CBD will be the most pronounced component in these products, full spectrum CBD contains a higher amount of other cannabinoids, aromatic terpenes, and other hemp compounds not found in other oils.

One reason people prefer full spectrum CBD products has to do with a process known as the “entourage effect.” This term refers to the fact that various cannabinoids tend to work together to produce a more significant benefit. Although research into this effect is ongoing, most scientists believe hemp cannabinoids and terpenes have the highest botanical value when they are kept together.

On the negative side, whole plant CBD usually still has an “earthy” taste to it, which makes it harder to hide in your daily cup of java. Also, since whole plant CBD hasn’t gone through as thorough an intense extraction process, it could have higher traces of impurities (or minuscule amounts of THC) than CBD distillate or isolate.

Even though hemp contains less than 0.3 percent THC, this amount is still enough to cause problems in the transport and use of CBD products. Full spectrum distillates preserve more of the original chemical compounds of the plant, including the trace amounts of THC.

Broad spectrum CBD is a more refined version of full-spectrum CBD, removing impurities via further distillation. This is a better choice for people who want a cleaner CBD experience, with minimal impurities. According to studies, broad-spectrum distillate (also known as THC-free distillate) is less potent than its full-spectrum counterpart due to the lack of the entourage effect.

However, for many people in the business, broad-spectrum CBD distillate is a reliable way to ensure that you will encounter no problems in the transport and licensing of your product.

There are two main ways to produce broad-spectrum distillate. The first one is to add beneficial cannabinoids and terpenes to an existing CBD isolate (we will talk more about isolates below). This way, the manufacturer can be sure that no unwanted substances exist in the final product. The other involves the further processing of full-spectrum extracts until all THC is removed. With zero-THC content, you can be sure that your distillate products are safe to transport across state lines and can be used by anyone. 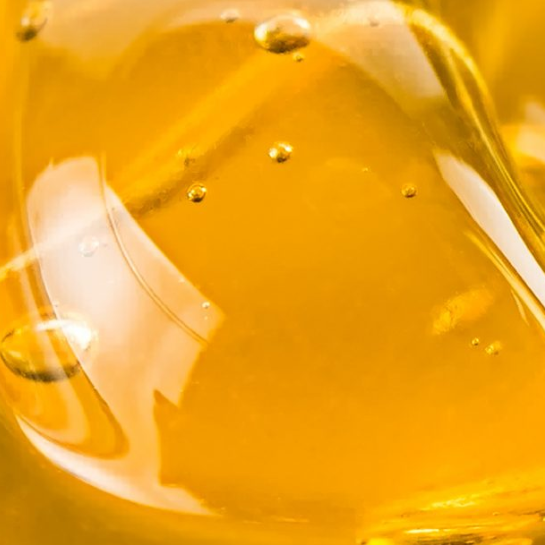 It’s very easy to get “full spectrum” and “broad spectrum” CBD products confused, but there is a critical difference worth noting. Full spectrum CBD can still contain traces of the psychoactive cannabinoid tetrahydrocannabinol (THC), but broad-spectrum products are designed to have zero THC content. Unlike isolate CBD, broad-spectrum CBD can contain other terpenes and non-psychoactive cannabinoids.

Of course, all hemp derived products are legally required to have 0.3 percent THC content or less in the USA. There are, however, a few full spectrum CBD oils available in states with legal recreational marijuana laws with higher than average THC.

CBD isolate is processed similarly to CBD distillate…just for a whole lot longer. Whereas most CBD distillates end up with about 80 percent CBD, isolates have as close to 100 percent pure CBD as humanly possible.

Because CBD isolate is so purified, it’s often sold as a white powdery substance. Most users who take CBD isolate products place a bit of this powder under their tongue for a few seconds before swallowing it. Like CBD distillate, isolate products are odorless and tasteless, which also makes them great for sneaking into your favorite beverages.

It’s impossible to understand CBD distillate without at least briefly discussing the distillation process. Before we get to distillation, however, we should briefly mention the other major hemp extraction techniques for comparison.

There are two significant classes of cannabis extraction: solvent-based and solvent-less. Obviously, those in the solvent-based category use some kind of liquid solvent (e.g., alcohol) to extract the desired chemicals in the cannabis plant. Solvent-less methods, however, rely on either extreme pressure or rinsing techniques to get the chemicals they want.

CO2 Versus Ethanol Extractions In A Nutshell

Two solvents that are gaining a great deal of traction in the cannabis extraction industry are carbon dioxide (CO2) and ethanol. The main reason manufacturers like using these compounds is because they can easily extract various cannabinoids and terpenes without attaching themselves to the finished product.

In the case of CO2 extraction, workers first need to transform CO2 in its gas state into a liquid by placing it in a frigid environment. Once scientists have a batch of CO2 fluid, they need to expose the liquid to a pre-set amount of pressure and heat to transform it into a “supercritical” state. This supercritical CO2 exhibits properties of both a liquid and gas, which makes it perfect for extracting cannabinoids from the raw hemp plant.

On the other hand, ethanol works well as a solvent because of its high degree of polarity. Since ethanol is only toxic in extremely high amounts, it has also been used safely in the food, cosmetics, and medical industries for years. Scientists can use ethanol in chambers similarly to CO2 to extract the cannabis compounds they desire.

There are, of course, a few pros and cons related to using CO2 or ethanol.

For instance, most people in the cannabis industry love CO2’s safety and eco-friendly profile, but they don’t like the fact that the purification process often gets rid of medicinal terpenes and secondary cannabinoids. While ethanol extraction is also safe and extremely strong, the compound’s high polarity often causes it to dissolve both water and oil molecules. This means ethanol-based products often attract chlorophyll, which gives the final CBD product a distinctive “grassy” taste.

The main issue with both of techniques described above is that the final product can’t be considered “pure.” Indeed, traces of solvents and/or undesired elements of the cannabis plant often end up in a CBD product manufactured using one of these methods. Distillation is the extraction process during which cannabinoids and terpenes are being refined at a molecular level.

A major benefit of the distillation process is that it’s able to filter out all of these impurities. After extracting CBD using one of the methods listed above, workers put their product into a container with ethanol and leave it in a cold environment for about two days. This “winterization” process causes undesired impurities to solidify and fall to the bottom of the container.

Once winterization is completed, workers filter out all of the ethanol and coagulated impurities before further refining their CBD using heat. As the liquid CBD turns into vapor, it’s fed through a cooling tube that drips out the pure distillate. Processors could repeat this process as many times as necessary to get the exact percentage of CBD desired.

Decarboxylation is the next major step in hemp distillate production. Hemp cannabinoids exist within the extract in their acid form and are not active. This can only be done with the use of heat. That’s why hemp and cannabis are smoked or vaped: to release the active compounds within the plant and make it able to interact with the endocannabinoid receptors.

There are no standardized temperatures when it comes to decarboxylation. We know, however, that CBD is activated at a higher temperature than THC. Sadly, this process removes most of the heat-sensitive terpenes of the hemp plant, leading to a more neutral-tasting product. 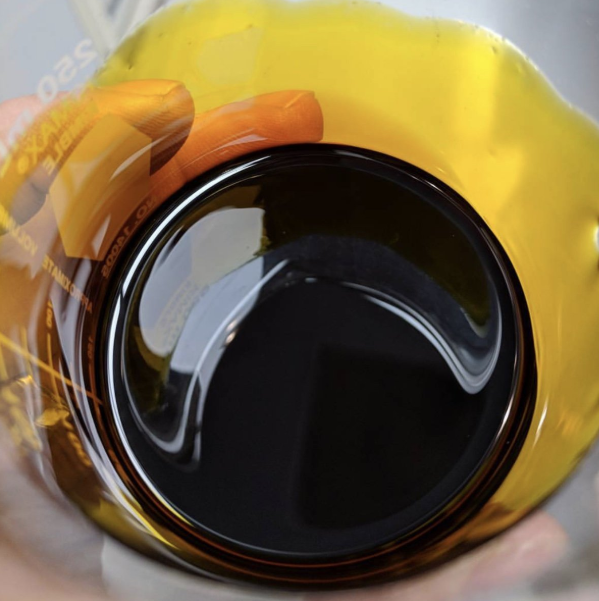 After passing through the processes of extraction, winterization, and decarboxylation, the mixture is finally ready for the distillation process and removal of excess compounds. Two methods are prevalent in the hemp industry: steam distillation or fractional distillation. These techniques can be reproduced to create an even more refined product that can reach 99% in purity.

Since they are odorless, tasteless and naturally high in beneficial cannabinoids, CBD distillates are a perfect addition to all kinds of products: tinctures, edibles, oils, etc. Learn more about our line of CBD distillates and discover all the possible uses for your business! 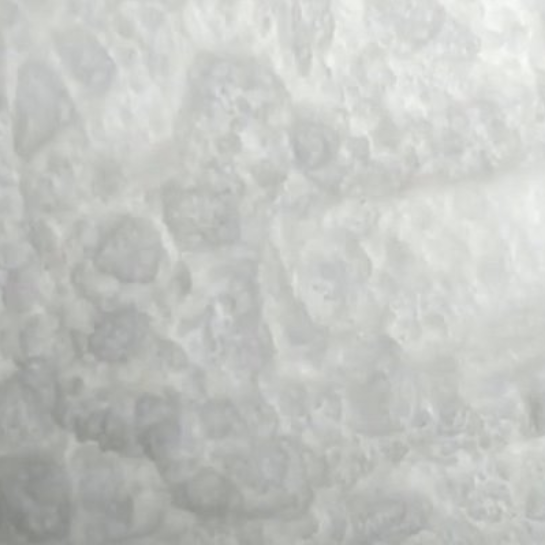 Here is a step-by-step guide on how CBD distillate is produced from start to finish.

What To Choose: Distillate, Isolate, Or Full Spectrum?

Unfortunately, there’s no simple answer to this question. The only way you’ll figure out which CBD oil is best for you is to weigh your health goals against the pros and cons of distillate, isolate, and full spectrum products.

One major pro of both distillate and isolate forms of CBD is that you don’t need to use a lot of product to get a substantial physiological effect. This is especially good for individuals who have to use a lot of CBD on a daily basis.

Another obvious pro for using CBD distillate or isolate is that they have no odor or flavor. This makes them extremely easy to hide in drinks or swallow straight.

A big negative for these heavily concentrated forms of CBD, however, is that they don’t contain many of the other healing properties in the hemp plant, especially terpenes. While CBD distillate is slightly better than CBD isolate in this field, distillate products still don’t have the impressive diversity found in full spectrum CBD.