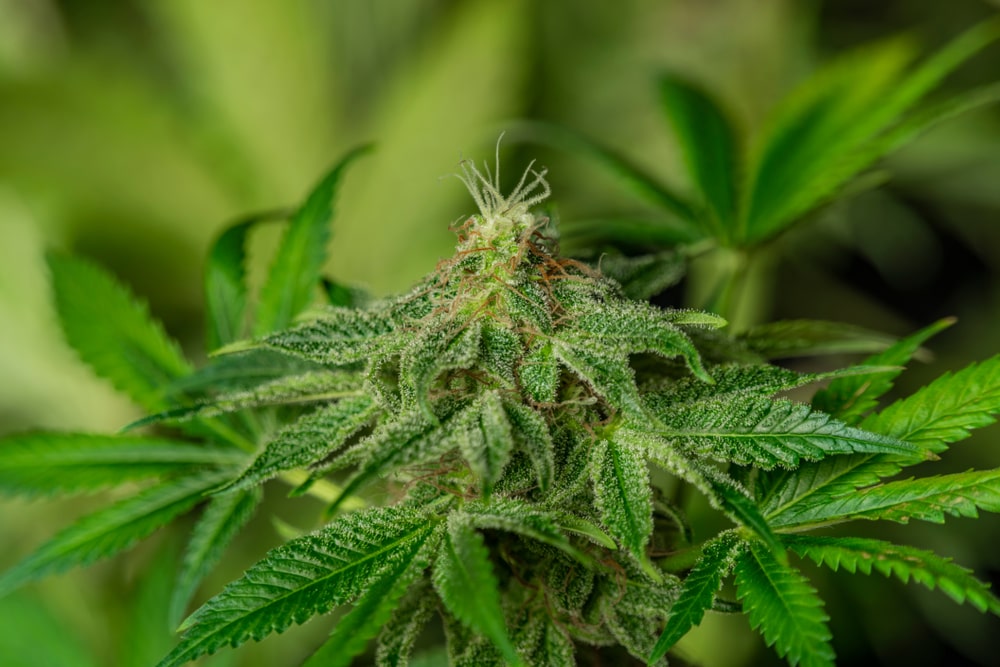 Set apart by its consuming, pungent flavor and aroma, UK Cheese is one of those cannabis strains that provides a sensory experience that’s just as distinct as its effects. Characterized by a profound cheese stench that tangos with a subtle gasoline tinge, the UK Cheese strain definitely isn’t something a low tolerance user would call his favorite. On the flipside, the strain has found quite a strong patronage among veterans, especially those who prefer the classic taste and passionate smoke that 90’s strains are known for.

As a balanced hybrid, the UK Cheese strain works to bring together the effects of both relaxation and awakening to relieve your aches and sharpen your mind all at the same time. In the end though, sativa-leaning effects take the cake by ending the entire experience with a moderate euphoria and uplifted mood that can loosen the jaws and get you talking for hours on end.

The Origins of the UK Cheese Cannabis Strain

The UK Cheese strain first appeared on the market way back in the 90’s. With its intense rancid cheese and gasoline flavor, it quickly rose through the ranks, appealing to the tastes buds of users during that era. Later, it would become the genetic backbone for a range of other types of strains, all of which have been infused with the distinct cheesy taste and aroma that the strain has become popular for.

What’s interesting about the UK Cheese cannabis strain is that it doesn’t really come from a unique cross. Instead, it’s the select phenotype of cannabis heavyweight Skunk #1. The offspring of two distinct landraces, Skunk #1 changed the landscape of the cannabis industry, introducing a brand new taste and smell that was yet to be appreciated throughout the industry.

With time, Skunk #1’s underrated flavor profile would become the focal point of an entire niche within the cannabis market. Fueled by the sudden up-shoot of interest in skunky herbs, it was only a matter of time before farmers would pick out a phenotype, back cross it, and cultivate it until it became a strain all on its own. And that’s how we ended up with the UK Cheese variety. 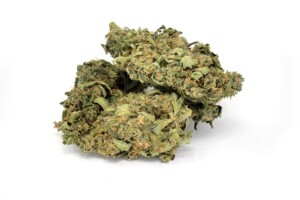 To be perfectly frank, it looks like a moldy chunk of cheese. No, really. This stuff comes in a pale green colorway with hints of yellow peeking through the leaves. The fluffy trichomes add to that moldy, dusty look that’s deserving of its name. And to further enhance that rancid aesthetic, hundreds of orange hairs cover the surfaces, making the nugs look as though they had been caught in an Irishman’s vacuum cleaner.

Unkempt and scurffy, the UK Cheese herb already kind of wards off inexperienced novices by communicating its intensity through its appearance. But if for some odd reason, you feel you need a more overt sign, then its aroma should perfectly encapsulate its fair warning.

Locked up in a jar, the stench that comes off of the UK Cheese strain’s leaves can be intensified beyond your wildest imagination. So when you finally break open the lid, you can expect that strong odor to come hurling at you with all the force of an angry mob. Strong and vigorous, the stench breaks away from its containment and hits you right in the nose with the smell of rancid cheese. In some cases, it might be enough to activate your gag reflex.

While lots of warnings have been issued for low tolerances users and rookies, it helps to know that there have been many a veteran who couldn’t stand up against the acute genetics that the UK Cheese herb delivers. So whether you’re new or old to the scene, it helps to muster up your defenses and be realistic with your level of tolerance when confronting this strain. 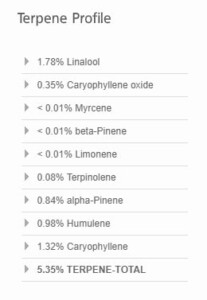 It might help to take those first few drags with caution. Some users have found it ideal to take a small inhale to start, just to get a taste of the smoke and its texture. As you might have expected, UK Cheese’s flavor is slightly harder to tolerate than its smell, pushing some smokers to dry heave with its offensive taste. And as though to add insult to injury, the smoke itself comes with a strong abrasive texture that clings to the throat and induces a violent episode of coughing.

While your distracted with the odd sensory encounter, the chemistry gets to work on your system. The first thing you’ll notice is that UK Cheese releases mental clutter, clearing up your bandwidth to help you achieve a crystal clear cognition that makes every sound and every sight resonate with clarity. As though awakening your Spidey Sense, UK Cheese makes everything just that much more detailed.

Along with the mental decluttering comes a sense of euphoria. Inspiring the classic giggly feelgood disposition, UK Cheese can make even the most mundane of activities seem like a top-dollar comedy show. If you’ve got some company, then you can also expect the strain to loosen up your flapper and get you talking. As the effects draw to a close, the euphoria dials down to a smiley stupor that can make your eyelids feel like they weigh a ton. And of course, if you’ve taken just enough, you can also expect the herb to lull you to a deep an uninterrupted sleep after that. 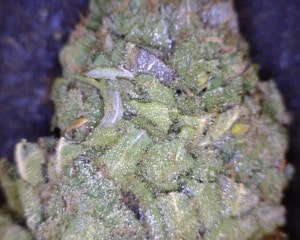 Relatively easy to grow, the UK Cheese cannabis strain’s morphology is somewhere between indica and sativa. The cultivar’s mid-height stature falls within 4 to 5 feet, which can be a suitable height for growing indoors. But do keep in mind that one of the reasons why most farmers choose to cultivate UK Cheese outside is that its stench’s presence can be palpable just weeks from the seed. Under the right conditions, the UK Cheese variety should provide a harvest of around 5 to 6 ounces for every square foot.

While its effects aren’t entirely incapacitating, the UK Cheese draws the line with its intense cheesy odor and taste. Highly unpalatable, even to the experienced cannabis user, the strain can provide a challenging sensory experience that not everyone can handle. Then of course there’s the risk of overindulgence. Keep in mind that as a staiva-biased hybrid, UK Cheese can develop heart pumping jitters that can translate to paranoia and apprehension when taken in excess.