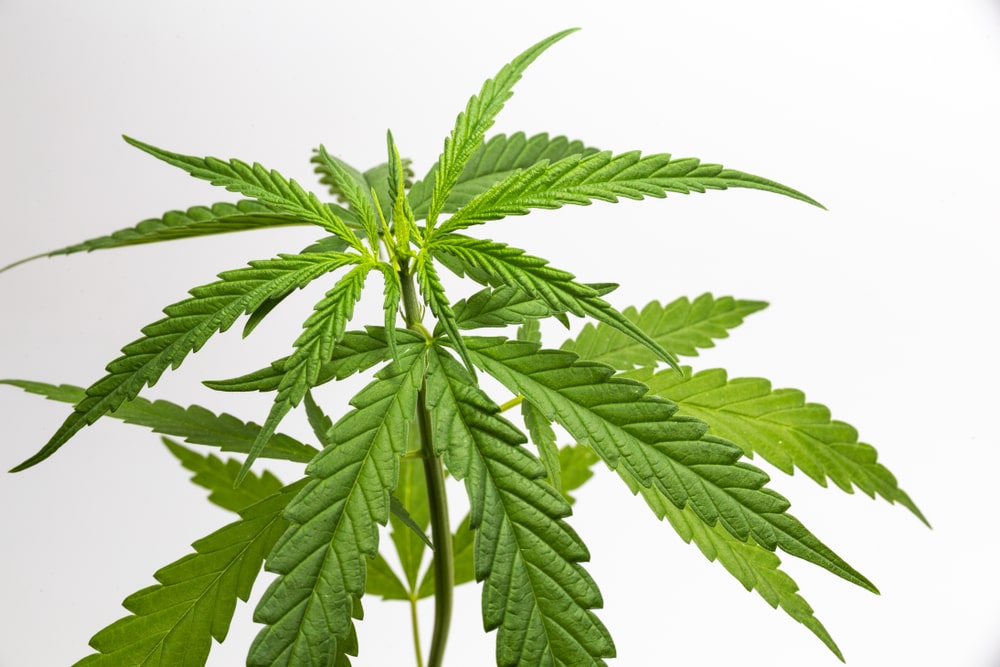 Dreaming for yourself a White Christmas? It might not be too far off from the reaches of your cannabis-smoking appendages because The White cannabis Strain is here to bring in the bring in that winter wonderland. A hybrid indica-leaning strain reminiscent of the OG Kush, The White sports a signature top-to-bottom trichome coating containing all that cannabinoid goodness you so deeply desire.

The White is for serious takers only as its potency rivals that of the best in the cannabis market, with novice smokers finding themselves dragging off more than they can smoke. However, for the initiated veteran smoker, The White definitely deserves your recognition, even threatening to very well make its way into your all-time top 5.

Origins of The White Strain

The White strain or “Triangle” as it was historically called, traces its origins from Florida. The original name is supposedly a reference to its place of origin from the three primary cannabis-producing cities in Florida, namely Miami, Jacksonville, and Tampa. Not to be confused with The White Widow strain that shares in part with its label, The White is for the most part unrelated to that arachnid variant though it shares its quality for plentiful trichome production.

Not much can be said about this strain’s origins other than an accurate account of its history is enigmatic at best. Some expert account ascribes its origins to its alias “Triangle” as actually describing a three-way cross hybrid but there aren’t any validated accounts on this speculation. Suffice to say, trying to trace this strain’s origins may only lead you to a blank, white sheet. 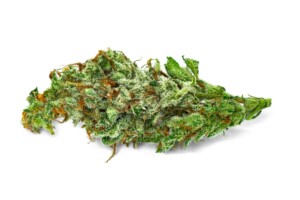 What is rather unremarkable about The White is its odor or aroma; there is none! This rather unattractive quality of the strain may turn off some cannabis enthusiasts for more aromatic or fragrant strains. If you adhere to that misleading belief, you may be missing the forest for the trees and robbing yourself of a worthwhile marijuana experience. On the other hand, if you are willing to overlook the lack of fragrance and are looking for a perfect hybrid experience, The White strain is here to fulfill your prophetic visions. This strain is not completely odorless for those who make it past the price of admission. Involved users with more experience may notice the subtle earthy scent that wafts off of the buds once they’re ground-up and burned. You may also notice a dank pine taste on the exhale.

The White, if you haven’t already gleaned it from its name, sports a signature silvery-white, frosted appearance that would make you think that Christmas came early this year. Its thick trichome jacket spans from top-to-bottom of the buds which oozes with that precious resin containing all the cannabinoid goodness for your relaxation-craving heart. Apart from that, the structure of the plant bears a similar appearance with the famous OG Kush herb with dense medium-sized buds. 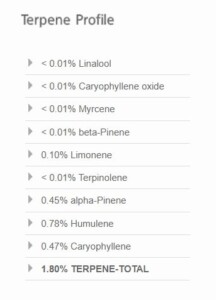 Those familiar with the OG Kush will have a similar if not better experience with The White. Make sure you don’t plan to get anything done when you take The White because this perfect hybrid will hit you hard with both its indica and sativa components. Due to its potent nature, The White comes on quick providing an equal body and head-hitting high. A strong cerebral high leaving you with a positive and happy talkative mood will mainly be the preliminary effect. The feeling is of course a welcome, uplifting respite after a long day of work only a strain like The White can provide.

After that initial climb, you will soon find out how The White smoothly eases you into a very mellow comedown. You will still feel that buzz but just enough so you can forget the time and still be able to focus on that TV show backlog you’ve been meaning to finish. Because of this “body-melt” effect, this hybrid is perfect for night time use as the worry-free vibe readily transitions you for some needed rest and relaxation. 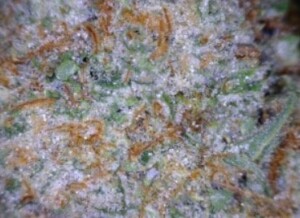 The White is a notorious clone-only strain, meaning it’s a plant grown only via clippings from a mature plant of the same variety. As an indica, this plant may be grown indoors or outdoors. The plant will begin flowering between 6-7 weeks. Plants grown indoors may produce a yield of 12-16 ounces per square meter while those grown outdoors may yield up to 20 ounces per square meter.

Aspiring cultivators should know ahead of time that this strain requires a high level of maintenance to grow. In order to optimize the growth of the upper buds, the plant must be fed heavily and significant pruning must be performed. You would want to top off the plant early in order to promote lateral growth. The buds found over the upper portion of the herb are responsible for the high-quality yield for this specific strain. If you want to maximize growth, you might want to consider pruning down low to bring the undercarriage into bloom.

Cultivators should also take heed of the correct timing for harvesting these buds as that translates directly into the quality of the strain. Resist the temptation to harvest the buds early. As with any long-suffering in life, patience is key. You want to let the trichomes in the buds flourish prior to cashing in your money, so to speak. Aim to harvest these later as they can get heavily frosted in later growth.

This strain is not for the inexperienced smoker, that’s for sure. Irresponsible use may lead to heightened chances of manifesting immensely potent effects that might make you want to think twice about dragging again. The veteran purist may very well find himself at home with The White, who knows how to respect the potency of this formidable hybrid strain.

With its relatively unattractive odorless profile, The White masquerades a powerhouse indica-dominant effect providing a potent calming effect that is sure to relieve the stress after a long day of work. Perfect for night-time use, The White will lovingly swaddle you in that  “body-melt” sensation, gently rocking you out of your real world tension and gently easing you into a restful sleep.