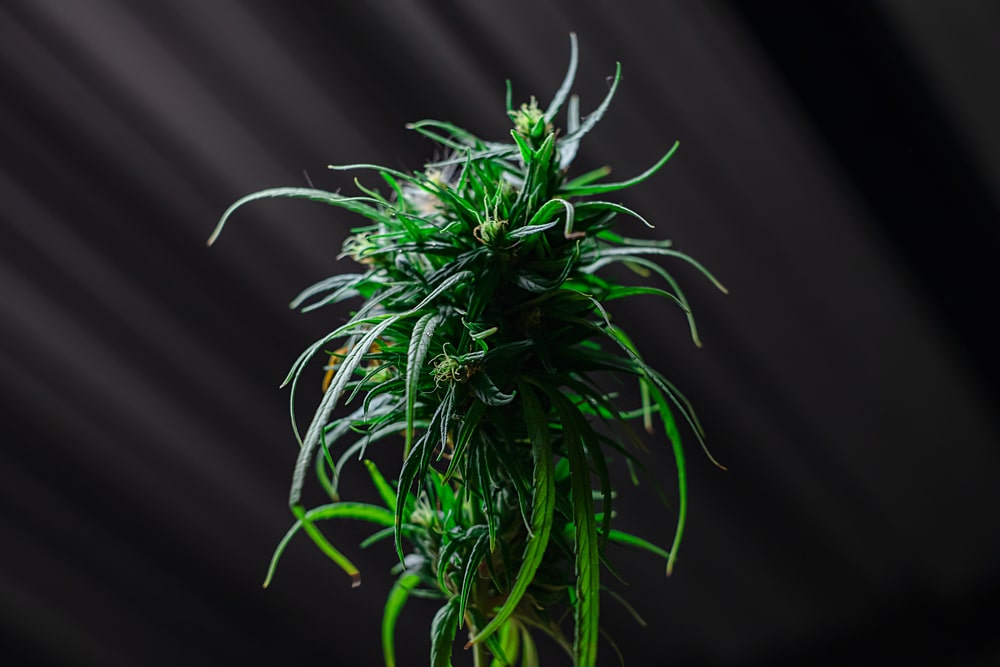 Aptly named for its dark purple to black leaves, The Black is a mysterious herb that’s favored for its strong subduing effects. Typically used by individuals in need of the strong, numbing effects of a solid indica, The Black is often patronized by cannabis users who need extensive relief from all sorts of discomfort. Its fast-acting effects that wash away distress, tension, and unwanted pressure can be a great way to relax and wind down whether from work-related stress or from anything else.

With a subtle sweetness to it, The Black delivers a delicious cloud of flavorful smoke that passes through the throat as thin as air. Combining effortless flavor, soothing effects, and unprecedented contentment, the herb proves – once you go Black, you’ll never go back.

Origins of The Black Strain

While many other strains have a colorful history that adds to their appeal, The Black’s lineage is shrouded in mystery. Very little is known about its parentage, and in fact, any assumptions of the strains that came together to form its distinct genetics remain to be completely based off of assumptions. What we do know however is that the strain has been around since the 70’s or 80’s, having first appeared on the hemp scene in California before appearing in Canada.

The Black was bred by BC Bud Depot, and has since achieved hemp market success because of its distinct appearance. Needless to say, many farmers in search of ways to amp up their own cultivation’s genetics have turned to The Black because of its unquie aesthetic. Since having been introduced into the market, The Black has become the parent of quite a few other popular herbs, including Black Velvet and Black Out. 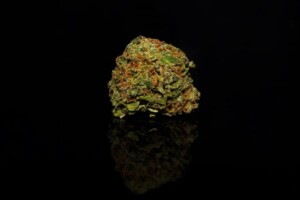 First things first – The Black doesn’t really let its onlookers turn away. With its intense, deep, dark colors, this herb demands and commands the attention of buyers, no matter where it sits on the dispensary’s shelf. Its rich depth of saturated purple and blue can definitely make it look like a stand-out choice among others in a line-up, and that’s ultimately the reason why so many people have given the herb a try.

And as you ask the budtender to take the jar down and break open the lid, the sweet aroma of flowers comes wafting out of the container. The delicate nectarine aroma blends together with hints of herb and tea, working its way into your nostrils as it rises through the air. Interestingly, for as dramatic and in-your-face as The Black’s appearance might be, it’s not entirely as strong in terms of aroma.

If anything, the fragrance can be described as delicate and mild. In many ways, you might not actually be able to detect too much of a scent if your snout isn’t too experienced with hounding out the aroma of the cannabis herb. Nonetheless, the delicate smell can be particularly pleasing to a well trained set of nostrils.

The sweet, subtle flavor is perfectly mirrored in the smoke experience. In fact, the taste of the herb doesn’t really stray too far from the scent, save for the addition of a little tinge of gasoline. The burning of the leaves sparks a slight diesel taste, which actually works well to contrast the sweetness of the herb. The addition of the bitterness really makes the nectarine goodness pop, allowing a stronger honey flavor to pierce through, making it easier for less experienced users to really appreciate the taste.

The smoke itself is relatively thin, swiftly moving through the throat and into the lungs with very little abrasion. Combined with the taste, it’s easy to see how even a low tolerance user might find The Black to be particularly pleasant to use. The effects on the other hand, might be better off for those who know what they’re getting into. As a solid indica strain, The Black can be a very powerful subduing strain that might feel a little overwhelming for the unknowing user.

Imbuing both mind and body with a potent sense of calm, The Black overrides all of the propensities and puts them in submission. This results to a strong couchlock that can keep you glued to your seat for hours on end. And although it will leave some of your faculties in order – especially your cognitive functions – the overpowering sense of tranquility might not make you feel too motivated to dwell on thoughts for too long.

At the start, The Black will begin as any other cannabis plant. Bright with colors of greens, yellows, and oranges, some farmers might end up thinking they were duped with a different set of seeds. But as the plant begins to flower at 8 to 10 weeks, The Black will soon change colors, showcasing deep purples and blues that pierce through every inch of the nugs. By the end of the growth, the harvest should be pretty much black all throughout the drying and curing process.

The Black will produce about 6 ounces of bud for every square foot that it grows. And because it can tower to up to 6 feet in height, you can expect a pretty substantial harvest. Keep in mind though that with slightly more specific cultivation needs, The Black might not be the easiest herb to grow. Nonetheless, it can be rewarding thanks to its bountiful yield and impressive genetics.

While it’s definitely not the ideal choice for a novice, a managed dosage could help make The Black much less overwhelming. Providing its users a deep sense of calm and relaxation, The Black serves as a well-deserved respite from the stresses and discomforts of daily life. And because of its impressive body numbing benefits, The Black has also become a solid choice for users who might want relief from a range of aches and tensions that might plague both mind and body for any variety of reasons.