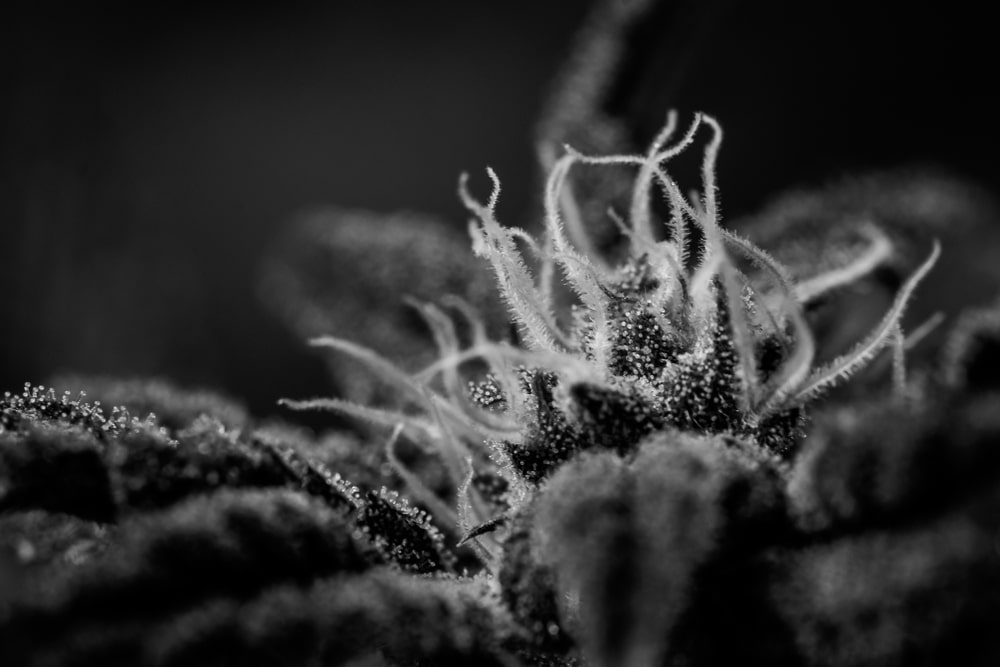 Life is like a jar of Space Queen – you never know what you’re gonna get… or something like that. With a wide array of phenotypes that make each and every single sample different from the last, the Space Queen is an ever-changing intergalactic herb that’s out of this world. Unhinged, uncontrolled, and cycling wildly between sativa and indica, there’s really no telling which phenotype you’re getting until you give it a drag.

Fortunately, her flavors don’t tend to vary as unpredictably as her effects. So, you can enjoy the same sensory experience every time. What you really need to watch out for is this master shape-shifter’s random effects that can best be described as totally, insanely volatile.

The Origins of Space Queen

The Space Queen’s royal heritage dates back to the early years of cannabis flower. Born from the intermarriage of an otherworldly cannabis race and a transformative princess, the Space Queen’s genetics come as no surprise or accident.

Its primary parent is the Romulan strain. Named after the iconic outerspace humanoid lineage from Star Trek, this strain’s ultra-calming effects are often described as therapeutic, lending severe cerebral effects that can easily cradle you off into an idle state of endless staring into the abyss. Then of course, there’s the feminine Cinderella 99 strain – a heavy-handed sativa cultivar that’s guaranteed to transform you from a ratty pauper into a pristine, hyper-productive princess of motivation and creativity.

While it’s not entirely clear what’s happening with this union, their Space Queen daughter is incredibly unstable. Sure, other cannabis marriages tend to produce predictable strains, but it seems the Romulan-Cindy wedding might not be the most harmonious, generating a handful of Space Queen phenotypes that make the herb a lineage of its own. 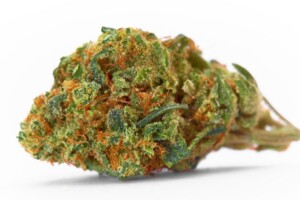 Despite its ever-changing effects, the Space Queen strain does offer an aroma that’s relatively unchanged across specimens. The vanilla-tinged scent of apples can be particularly pleasing to the nose, with hints of wood and charcoal wafting through the backdrop of the primary fragrance. Mixed in with the cocktail of oflactory elements is the scent of apples an cherries, giving the strain a delicate, feminine aroma that’s characteristic of its Cindy mother.

In some cases, the fruity fragrance may be slightly altered between phenotypes. Some Space Queen samples tend to smell more tropical, and then there are others that smell like you face planted into a floral arrangement. Whatever the case, it seems almost impossible to find a phenotype that won’t allure your nose.

In the dress department, the Space Queen strain doesn’t change too much. The elongated nugs are unidimensional at best. The flat green color and thin trichome coat might not make you want to snag her off of a store shelf on the first glance. But as you take in her unassuming beauty, the strain can pull you in and secure the sale with its glorious aroma. 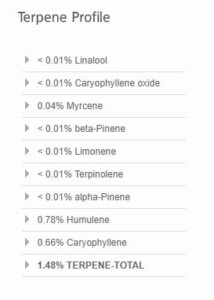 In terms of her taste, the Space Queen isn’t quite as consistent. In some cases, her aroma might be a total misrepresentation of her flavor, betraying your expectations and slapping you with the bitterness of a mouthful of diesel. If you’re luck though, you might be able to snag a deal of Space Queen phenotypes that perfectly encapsulate that delicious fruity sweetness. Pro tip: it’s all in the trichome jacket.

For as unpredictable as she might be in terms of flavor, the Space Queen strain makes it even more surprising with its effects. To be absolutely honest, there’s really no pattern. Some strains demonstrate the calm collectedness of the Romulan parent strain. Then there are others that put you completely out of whack, making you feel absolutely supercharged with extra energy and sociability.

If you were in search of a unique experience every time, then consider copping a bag or two of the Space Queen strain. Just make sure you’re in a secure place with lots of trusted people, because you can never be certain when the strain might knock you out or jostle you up with extra vivacity. 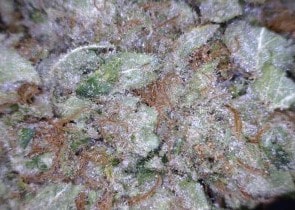 Perhaps one of the reasons why Space Queen samples tend to vary greatly between farmers is because of its difficult growth requirements. As a highly selective herb, it’s difficult to supply the Space Queen strain with all of its nutritional needs. That said, different farmers end up growing plants with varying qualities, having been unable to standardize the growing process.

With all of that considered, cultivating the strain at home might be a bit of a gamble. Of course, there’s no way to tell how to give it the best chance at full genetic expression. But expert farmers in search of a challenge might find it a suitable pick.

Growing well over 7 feet, the strain’s poor harvest means that it might not work well as an herb for mass production or wholesale. But even then, recreational farmers interested in the immediate gratification of a fast finishing strain might be served by the Space Queens 7-week growth period from seed to flower.

Is the Space Queen for you? That really depends – are you ready to experience effects that can’t possibly be anticipated? While some of her phenotypes might be totally bearable and manageable, there are others that are strong, overpowering, and overwhelming. So rookies and novices trying their hand with the Space Queen strain might be asking for trouble, especially if they manage to snag a sample with more aggressive, full-body effects.

On the other hand, farmers who want a quick growth can find suitable gratification from the Space Queen herb. Just keep in mind that it’s ultra-specific needs might be hard to match, and its harvest might not be as fat as other strain’s provide. But if you’re just looking for something that shells out sooner rather than later, then all of those downsides can take a backseat.