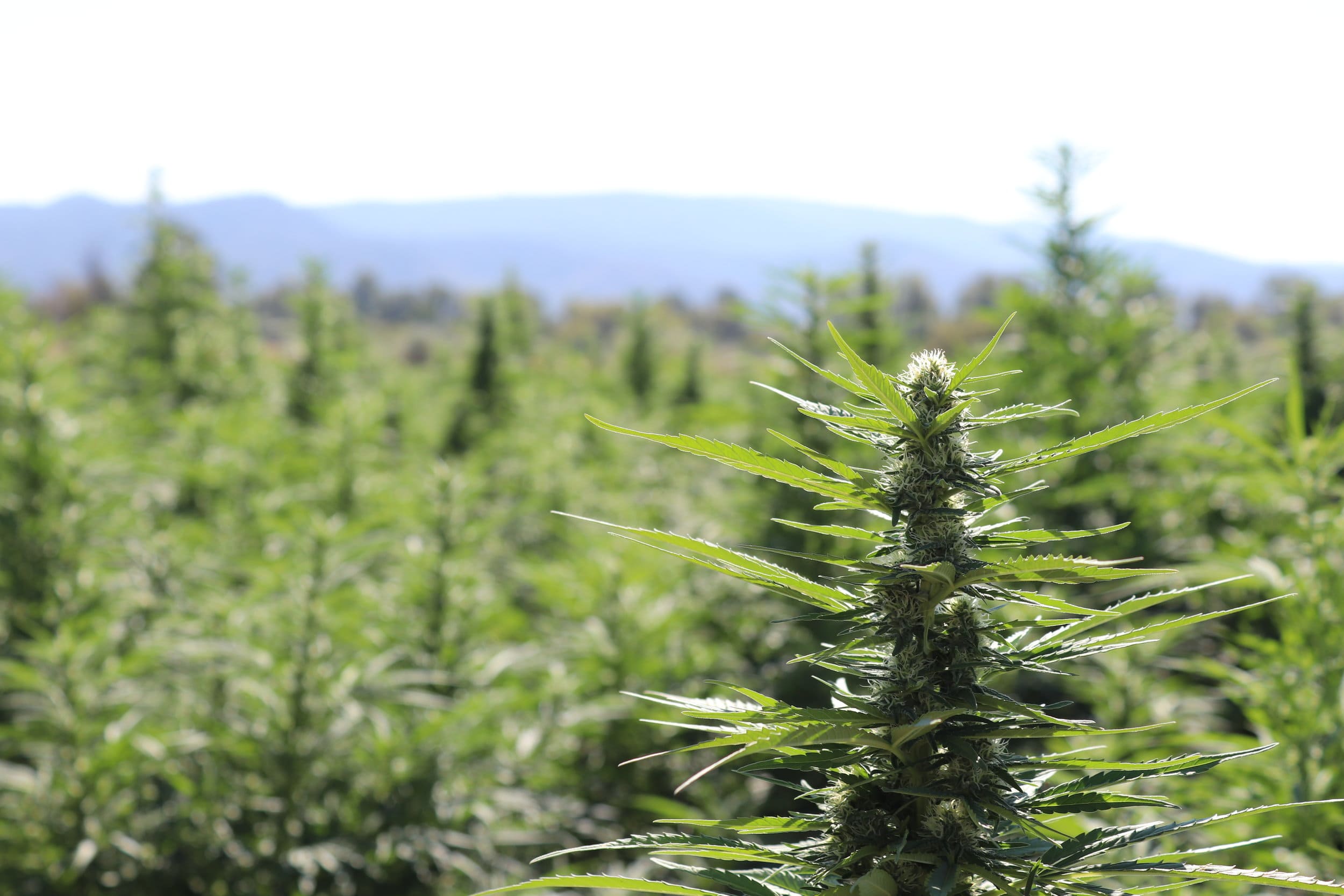 With its complex terpene profile, Sour Space Candy is often hailed the cannabis of all cannabis – especially if you’re interested in some well-deserved release. The delectable strain boasts an intricate blend of chemical compounds that have been found to be beneficial versus a range of physical and mental discomforts and distress, making Sour Space Candy a favorite among those battling it out with a variety of disturbances.

But other than its advantages against issues that plague the body and mind, Sour Space Candy also delivers a strong sense of calming relief that can wash over your system to help you do away with the stresses of daily life. And because its taste can be especially lip-smacking, this top-shelf strain can definitely make you feel like you’re floating through the stars.

Born from the marriage of two other CBD dominant strains, Sour Space Candy comes from a lineage that was specifically cultivated to highlight the benefit and quality of terpenes. Its first parent, Sour Tsunami, is where Sour Space Candy gets its killer flavor profile. The ultra-sour parent strain comes out strong with its herbal, peppery taste that’s perfectly reflected in its Sour Space Candy descendant.

Early Resin Berry – better known by its nickname, ERB – joins in on the mix by adding a touch of delicate berry and fruit flavor that underlies the power of the herbal foreground of the Sour Space Candy’s flavor profile. Together, these two parents produce a truly unique flavor experience that can only be described as absolutely heavenly.

Another thing that Sour Space Candy inherits from its parents is its astounding terpene profile. Packed with the organic compounds that give cannabis its relieving power, SSC promises excellent release against the variety of discomforts that might overpower the mind and body. 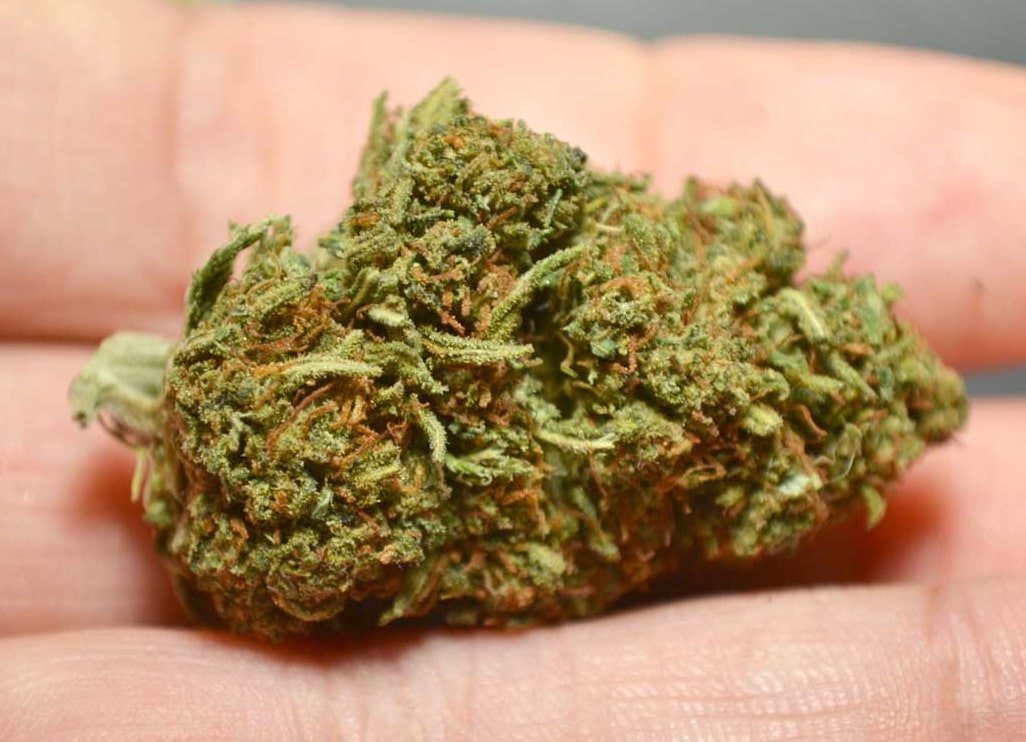 The delicate, compact nugs that come off of the Sour Space Candy plant are particularly small – characteristic of the quintessential CBD dominant strain. The exterior showcases a beautiful blend of green hues, ranging from lime to forest green. But as you look into the samples, unsaturated pinks, purples, and blues make themselves known from deep within the nugs.

On the outside, as you would expect, the bud is covered in a network of delicate orange tendrils. The glorious jacket adds texture, dimension, and saturation to the exterior, and produces a more whimsical look that can grab your attention from outside of the bag. Needless to say, the Sour Space Candy works hard to deserve its place on the top-shelf with its eye-popping aesthetic.

After you get over the nugs’ glorious colorway and crack open the case, you’ll be greeted with the aroma of berry, fruit, and herb, all blending together to produce a truly blissful olfactory experience. The sweet fragrance is cradled in the barely-there aroma of wood and earth, which makes for an organic conglomeration of smells that can get you whiffing for hours on end. 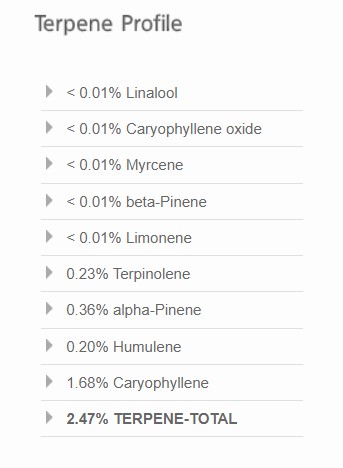 Sour Space Candy isn’t the kind of strain you would reach for if you were looking for a complex smoking experience. On the contrary, the modest variety brings uncommon effects, focusing mainly on relaxation than anything else. It starts off with the delicate flavor of berry and fruit, closely followed by jabs of herb and pepper that awaken the tongue. A subtle bitterness comes close to the tail end, and the entire flavor experience is capped off with a gentle woody, earthy end note.

Although the effects can’t be described as hard-hitting, they are prominent. A strong sense of relaxation washes over the body, and over the course of several minutes, you’ll find yourself in a complete state of calm. Neither weighing down the body or emptying the mind, the calm collectedness that comes with Sour Space Candy simply eases your stress and apprehension, making you feel better equipped to face the day’s worth of responsibilities.

On top of the calming benefits, the strain also lends exceptional release against a myriad of discomforts. The relief impacts both body and cognition, easing away the tension and distress that might keep you from feeling like your best self. The result? Temporary yet total freedom from the aches and discomforts that affect your system. 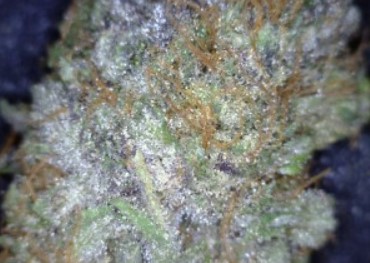 Sour Space Candy has specific growth requirements that make it a little more challenging for first time growers to bring to maturity. Particularly sensitive to humidity and environmental changes, Sour Space Candy grows best indoors where you can tweak and fine-tune conditions to meet its needs. For the most part, Sour Space Candy will require lots of heat in order to bring out its complex terpene profile.

It takes around 8 to 9 weeks for Sour Space Candy to reach its flowering phase, and farmers can expect a harvest of around 6 ounces for every foot of the plant’s height. On average, the plant can grow up to 6 feet in height, but may be shorter depending on the space you provide.

If you’re interested in using the variety to produce a range of cannabis-derived products, there’s lots to love about Sour Space Candy. Its rich terpene profile makes it the perfect CBD-dominant strain for extraction, highlighting the entourage effect especially if you’re producing full spectrum concentrate instead of simply CBD.

Sour Space Candy is a versatile strain that can easily adapt to a variety of needs. Banking on relaxation and release, the cultivar can find its spot in your stash as the go-to for those days when the stresses and discomforts of daily life become a little less than bearable. In the same light, the strain also proves to be a suitable choice if you struggle with difficulty sleeping or if you just can’t seem to muster the gusto to eat.

Low tolerance users and beginners alike can find the Sour Space Candy’s taste and aroma easily tolerable. Its gentle blend of flavors and non-offensive scent makes for a palatable experience that rubs off well on both novices and veterans in search of a lip-smacking CBD dominant strain.