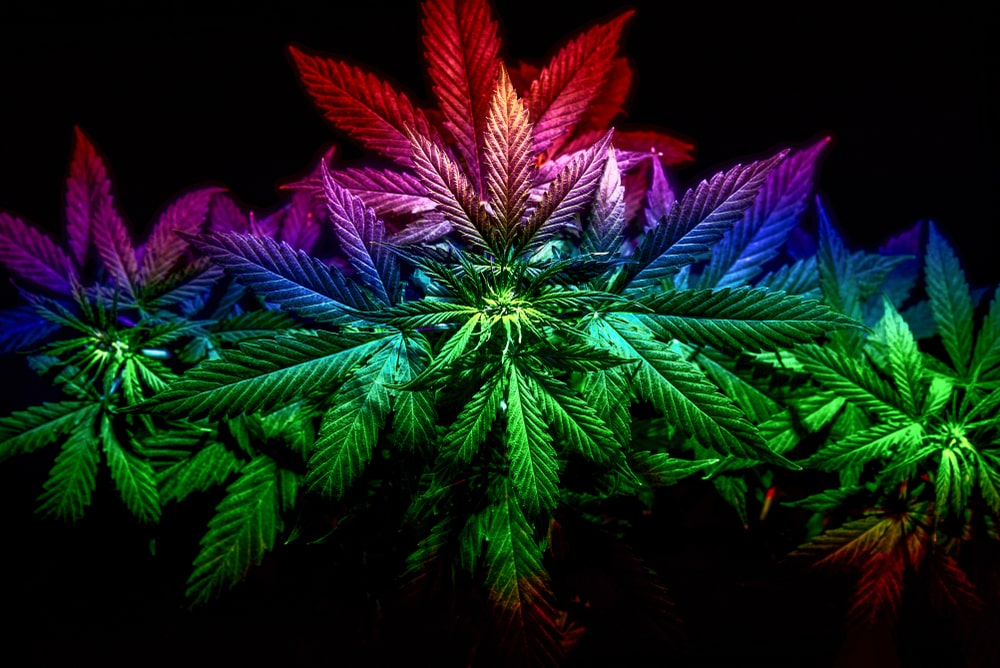 There are better was to taste the rainbow, and one of them is with Rainbow. A perfect balance between sativa and indica genetics, the Rainbow strain wades carelessly in the middle of the gene pool, boasting effects and flavors that incorporate all the delightful hues of the cannabis spectrum. Its spicy taste combined with lively cognitive effects and physical relief make it a wonderful choice for everyday use.

But more than simply being a cannabis strain for release, the Rainbow herb turns out to be a promising raw material for farmers. Able to grow in various conditions, the Rainbow cannabis strain delivers a fat yield within a short period of time. For you, that means almost instant liquidation and profit with minimum effort and wait time.

Origins of the Rainbow Strain

Rainbow’s parents are like the high school nerd and the cheerleader that got together against all odds. Its ancestors fall on opposing ends of the genetic spectrum, and one is exceedingly more popular than the other. Nonetheless, their blissful union comes out as a worthy combination that showcases the diversity of  heredity.

Blueberry is Rainbow’s better-known parent. The poster child for berry flavored cannabis strains, Blueberry has often been used as the backbone for various crosses, thanks to its delicious flavor that’s perfectly reminiscent of a bucket of freshly picked berries. The calming strain leans towards the indica end of the gradient, and has won countless awards, including Best Indica, throughout the decades of the Cannabis Cup.

The nerdy anon in the genetic mix is Dancehall. Many cannabis heads, including veterans and connoisseurs, aren’t quite familiar with the herb. But even then, it turns out to be a choice cultivar for cross breeding. The 60-40 sativa dominant hybrid was developed for its social-centric properties that can unhinge the jaw and put any old crab into a partying mood. 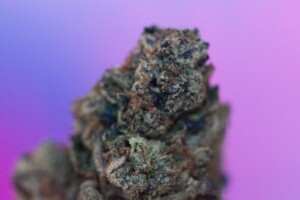 Hints of purple, pink, and blue create a backdrop for splashes of green that cover the nugs’ surfaces. The pastel and pale greens that blend together just beneath the trichome jacket jump out in contrast against the deep colored interior. During harvest time, the Rainbow strain comes out with a glorious blend of hues – thus its name. With fiery reds, lively oranges, and bright sunshine yellows dropped into the color mix, the mature Rainbow plant is well deserving of its name.

In a jar, the Rainbow herb can easily capture anyone’s attention with its colorful exterior blanketed with a drizzle of crystallized fuzz. The hairy projections look like snowflakes, glistening with dew from a humid night. These little traces of peach fuzz produce cannabinoids in the form of resin, which gives the nugs that sticky, tacky texture upon touch. Inspect your Rainbow sample – more trichomes, more cannabinoids.

Once you’re done taking a gander at this beauty of a strain, then you can move on to its nose. The rainbow strain smells just like a freshly steeped cup of earl gray tea. Its delicate herbal aroma stirs the senses and calms the sensitivities with nothing more than a few whiffs. Its delectable aroma swirls together with the scent of blueberry – an obvious contribution from its parent – and a little pepper which results from the total genetic package.

Take that first drag, and the Rainbow strain powers through with light, airy smoke that’s easy on the throat. The delicate plumes drift effortlessly down the throat – like a fine, cool mist trickling through into your lungs. The flavor remains relatively unchanged, with the minor addition of bitter gasoline wiggling its way through the taste encounter. Nonetheless, the flavor is still exceedingly pleasant, especially because the smoke doesn’t abrade the soft tissues of the throat.

The effects of the Rainbow strain involve the entire body, but aren’t as heavy-handed as the others on the market. The gentle buzz that courses through the torso and limbs doesn’t heighten energy nor sedate the muscles, but instead calms the discomforts and distresses that might make you feel less than your best. That said, Rainbow won’t really impact your physical functioning too much, but will lift away the aches that might make it hard for you to get around.

Cognitive function is a completely different story. With effects that center on the mind, the Rainbow herb packs a punch of creativity and increased mental activity. This means that you might feel a rush of ideas coursing through your mind, making it easier for to formulate new concepts while the strain’s effects run through your bloodstream.

Easy to grow and high yielding, the Rainbow strain is a viable choice for farmers hoping to make a profit without having to spend too much time or effort. The quick finishing plant can deliver its harvest in as little as 6 months which pushes the limits on cannabis growth. Not too tall and not too short at just an average of 5 feet, the Rainbow strain grows well both in and outdoors.

Every foot of its height converts to roughly 4 to 5 ounces of herb. No doubt, there are other strains out there that can produce upwards of 6 ounces, but without comparison, Rainbow provides a reasonable yield all things considered.

The best way to get the most extract out of the plant would be to expose it to as much sunlight as possible. Sure, the cultivar will thrive just fine whether indoors or outdoors. But to achieve the densest possible trichome layer, excessive sun exposure should coax the little fuzzy hairs to pop out and propagate for a fatter cannabinoid profile.

Rainbow’s flavor and aroma is a low-tolerance cannabis head’s dream. Without the nasty scraping feel, and with lots of delightful notes included in the mix, there’s a lot to enjoy with Rainbow’s properties. In the arena of effects, its light and easy impact also hits all the right notes for novices and rookies who are in search of an herb that doesn’t take complete control of the mind or the body.