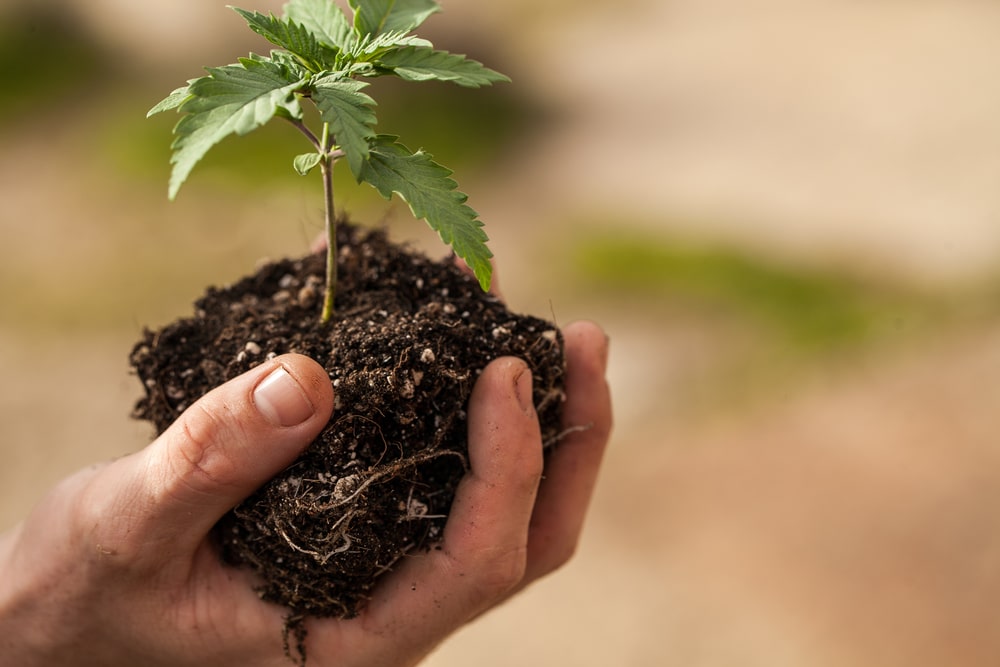 It’s time you get introduced to one of the heaviest strains you’ll probably ever come across – Platinum OG. The name actually comes from its unique trichomes that are covered with a shiny silver layer of resin, giving it the appearance of platinum-like crystals.

If you are a fan of Indica strains, it’s absolutely necessary that you add Platinum OG to your repertoire of tried and tested strains. Recommended for night time use due to its potent tranquilizing effects, the strain is a sure winner for those looking for a strong upward glide that will slow your thoughts and push your stresses away. While it’s an effective solution against many of the discomforts and distresses of daily life, the Platinum OG’s claim to fame is really its sedative effects that can cradle you off into a careless slumber.

Platinum OG is an aggressive cultivar that’s recommended in small doses if you want to relish its effects and get that relaxed vibe as you unwind for bedtime. But if you’re a little bold and daring, and you’re confident in your cannabis-smoking prowess, then a bigger dose might be a fun way to discover the true power of a hard-hitting indica.

Origins of the Platinum OG Strain

The lovechild of two remarkable parent strains crossed with one more undisclosed secret strain, Platinum OG’s heritage is legit. Combining the genetics of powerful parents, it’s really no wonder how Platinum OG gets its prominent genetics. Its first parent, OG Kush, is a cannabis heavyweight and the genetic backbone of an entire heritage of strains. The other, Master Kush, is a hybrid of two distinct landraces, and offers intense indica leaning effects.

OG Kush has relatively mysterious roots. Its first parent is the Hindu Kush strain – an intoxicating land race that offers mind-blowing, unhinged effects characteristic of an untouched herb. Master Kush on the other hand, brings together genetics from two version of Hindu Kush. So in a lot of ways, it shares flavor and aroma properties with its brother from another mother, OG Kush.

According to experts, the third strain in the combination might come from the Purps lineage. But there’s very little information to support the claim, and the breeders themselves have yet to confirm or deny any of the speculation. 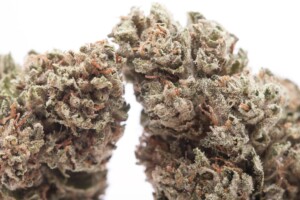 The first thing you’ll notice about the Platinum OG strain is its lime green leafage. As though polished over with a silver sheen, the nugs appear as though they’ve been drizzled in mercury, glistening and glittering even under dimly lit conditions. As the sun hits the leaves, a blinding sheen bounces off of the platinum coat, thus the strain’s obvious name.

You know the smell of grass right after it rains? That’s pretty much what you’ll get once you stuff your snout into the jar. It is a fresh and earthy scent with musky and sweet tones, and is especially fragrant with the sugary, spicy, and earthy tones bringing back memories of autumn as the aroma fills the room.

When lighted up, the smoke smells like fresh pine, herbs, soil, and a hint of spice, reminiscent of cinnamon. The beauty of the strain is how its complex aroma swirls together to create a unique experience all on its own, blending together and bringing various elements of the combined scent front and center with each new whiff. So every time you take a sniff, you’re likely to pick up on brand new notes all together. 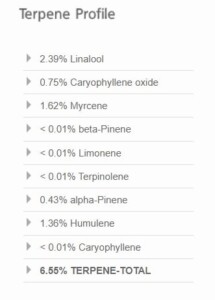 Platinum OG produces a smooth smoke that adds to its chill vibe. Once the earthy aroma fills the room, the calming effect starts to take you on a mellow journey of relaxation.  The initial mind high kicks off the experience as you feel your head and body becoming ever so light. Not long after, a happy high will emerge as you feel a sense of euphoria spreading from your core.

Not called one of the heaviest strains for nothing, the light, airy feeling that comes with the cultivar’s smoke lasts but a moment. As it effects settle and cling to your system, a heaviness sets into the limbs, putting you into a state of unrelenting couchlock. Interestingly enough, the change of feeling from light to heavy isn’t gradual, but actually happens all at once, like a steep fall after a long, suspenseful climb upwards a rollercoaster. 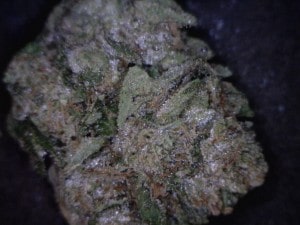 This strain is resistant to common cannabis diseases as well as molds and mildew. Like most plants in its species however, it’s pretty sensitive to humidity. Platinum OG, in particular, requires a dry and warm environment in order to thrive. While its yield is low to average, it is no hassle to grow. Mature height varies between 30 to 75 inches and is highly dependent on temperature and the area you choose to grow the cultivar.

Quick to finish, Platinum OG takes no more than 6 weeks to reach its full potential. Because of its dense trichome jacket, you can expect that the cultivar also possess complex cannabinoid chemistry. For that reason, it makes a good choice for those hoping to try their hand at concocting their very own range of canna-based formulations and derivatives.

Popular as a calming strain that helps with relaxation, Platinum OG is best for those that have problems concerning sleep. And because it also comes with effects that lighten mood and push away stress, Platinum OG can be a good pick for those who find themselves struggling with agitation and apprehension.

Keep in mind though – it’s not for everyone. Even a slightly higher dose than your body can handle might result to a severe episode of couchlock that newbies might find a little aversive. If you’re not quite a veteran just yet, you might want to consider trying a different strain first, or using smaller doses to calibrate the experience and avoid overwhelming your system. Unless you want to be asleep for a day or two – in which case, Platinum OG would be your best bet.