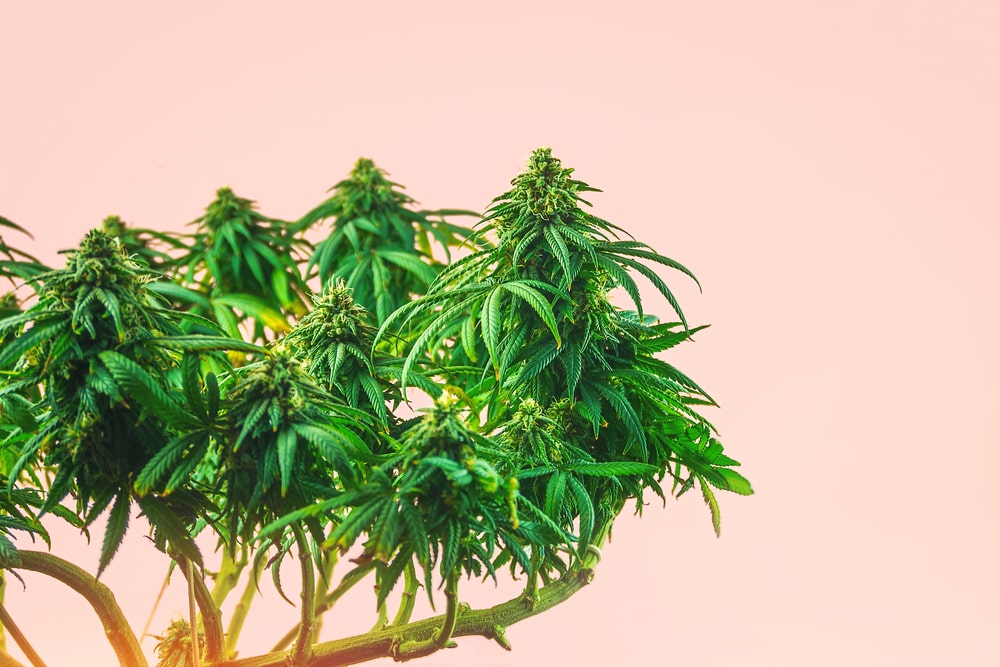 Did you ever wonder what it would taste like to smoke pure mint? Well, here’s your answer. While it is named ‘Pink Lemonade’, this herb tastes more like a mouthful of lively, minty flavor. It’s not entirely a bad thing. After all, who doesn’t love mint? And it’s not like it’s completely just menthol goodness. No, the strain’s actually more like a mint-infused lemon tea that’s tart and refreshing and just everything you ever probably wanted in a Cannabis strain’s flavor.

But enough about taste. There’s a whole lot more to this cultivar than just its eye-popping flavor profile. With its hazy, dreamy cerebral effects, this strain gently trickles all over the body, activating a fun electrifying buzz that courses through the limbs to put you into a giggly mood with a tinge of sensuality. Make sure your better half is around.

The Origins of the Pink Lemonade Cannabis Strain

Nobody knows, my dude. But hey, that’s actually part of Pink Lemonade’s appeal. It’s no secret that strains with a mysterious history tend to draw in more consumers. There’s just something about the enigmatic roots of an herb that just pops out of nowhere that seems to tickle the collective fancy of Cannabis heads old and new.

What we can surmise based on its name though is that it might be part of the Pink lineage, as well as the Lemon family tree. Some speculate that it might get some of its Pink properties from popular names like Pink Panties. Considering the strong indica properties of the Panties herb, it could be a viable hypothesis.

The Lemon properties are typically associated with Lemon Drop or even one of the iconic names from the Sour lineage. And because that tart lemon flavor really does shine through with Pink Lemonade, it’s really not unlikely. Then again, there’s the question of the powerful foreground of mint flavor which neither of these speculated parents posses. Oh, well, guess we’ll never know. 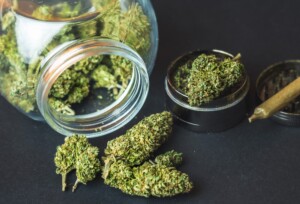 Stuff your nose into a jar of Pink Lemonade and you’ll be warmly welcomed with an intense minty lemon zest that shoots straight up into the nostrils to clear your sinuses. No really, this stuff smells lit – like face planting into a bed of freshly squeezed lemons and mint all mixed together with honey and refined white sugar. Its blissful aroma can have you sniffing for hours, but before that, it draws you in with its alluring look.

The pretty pink nugs that make up the Pink Lemonade herb tout deep pink and purple hues that trace the crevices between the leaves. Sure, on the surface, it’s going to be your basic green colorway – like the Hulk vomited the remains of some red headed entree. But in between is really where it’s at. There, you’ll get a peek into the dreamy interior that holds saturated feminine colors that deserve the strain’s name.

Fuzzy fur that coats the exteriors give a tacky feel to the nugs overall. These trichomes produce the delicate resin that contains the cannabinoids and terpenes that give the strain its chemistry and aroma. With such a strong fragrance, simply touching the herb can imbue your fingertips with the sweet minty smell, shedding light on the kind of genetic power the leaves conceal.

Pink Lemonade is slow and sexy, tracing through your body with a calming warmth that can make you want to cozy up. The incapacitating power of its cannabinoid profile casts a dreamy haze over the mind, clearing your thoughts and making it almost impossible to focus on anything. Don’t worry – it’s not a bad thing. The cognitive emptiness paves the way for supreme relaxation, letting you enjoy absolute silence and freedom from thought at least for a little while.

A gentle buzz electrifies the body, coursing through the arms and legs, and continuing on its track for the duration of the experience. In some cases, this feeling can buzz straight into your danger zone, which when combined with that calm warm feeling, can awaken the sensual beast within. The tingly, giggly buzz can definitely put you in the mood for laughs, and then some. So it would be wise to make sure you’re with trusted company, preferably someone you can get intimate with.

Pink Lemonade’s flavor is light and delicate, putting your taste buds on a wild goose chase as they tease your senses with their barely there flavor. The minty goodness and citrus – albeit being pretty evident during the olfactory encounter – tend to water down when ignited. For connoisseurs interested in an immersive sensory experience, the teasing taste can be a fun little frustration. 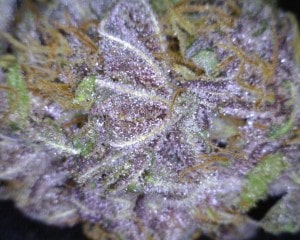 The Pink Lemonade herb is a clone-only plant owing to the fact that we have no clue where it comes from and who its parents are. That said, they can be pretty easy to grow especially if you manage to get your hands on some well-established cuttings. They tend to flower in about 9 weeks, but some reports have said they can reach maturity much sooner when cultivated indoors, free from the dangers of cold and excessive moisture. Each plant will grow up to 3 or 4 feet in height, producing roughly 4 ounces of bud for every square foot that it grows.

Whether you’ve been hoping to get intimate with your special someone, or just wishing to release pent up negativity, the buzzing, electrifying effects of the Pink Lemonade strain can be the perfect solution. Carefree and just feel-good all around, this herb promises to bring you to the next level of physical and cognitive release, with a wealth of good juju flowing through your veins. Taste-wise, it’s also incredibly easy to tolerate, so those who aren’t entirely used to herbs with stronger flavors might find Pink Lemonade to be a welcome relief.