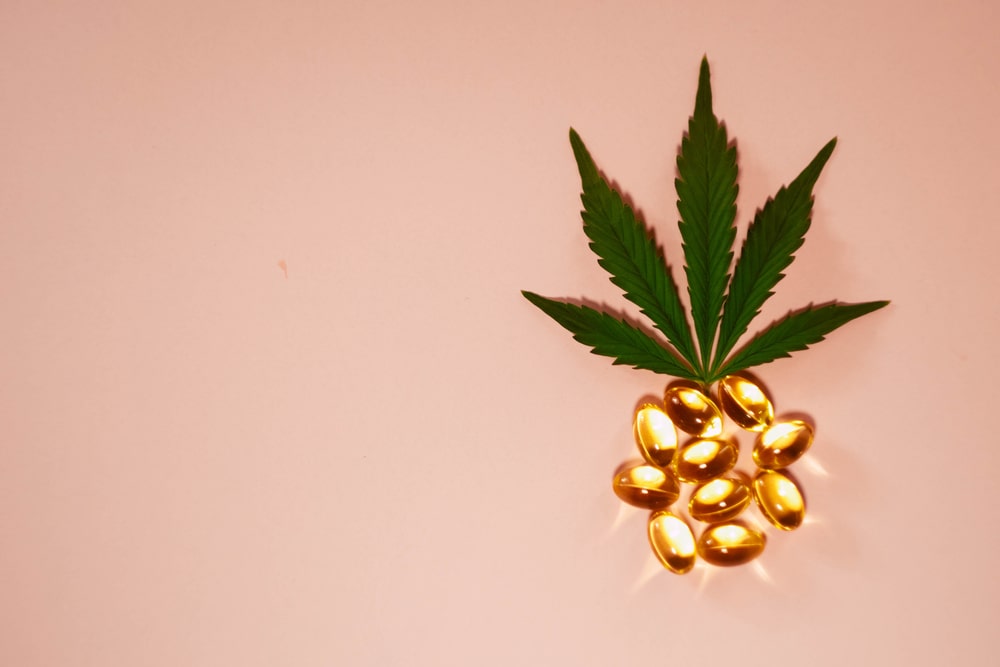 A strong indica, the Pineapple cannabis strain is one of those varieties that just doesn’t disappoint with the expectations that its name inevitably accrues. Exuding accurate pineapple flavor and aroma, this strain delivers a wave of happiness and smiles, washing you off to a distant tropical island where you can get away from the worries and stresses of daily life.

Blissful in effects and aroma, this strain is touted as one of the ultimate choices for relief and well-being, giving you a sense of absolute untroubled contentment that’s slow, easy, and uplifting. Perfect for those moments when you just need to get away from it all, the Pineapple strain lets you do away with the daily discomforts that might be preventing you from experiencing the fullness of satisfaction that you’re craving for.

The Origins of the Pineapple Cannabis Strain

Unlike other strains with a dichotomous lineage, the Pineapple strain actually only comes from one parent. A select phenotype of the popular Ed Rosenthal’s Super Bud or ERSB, the Pineapple strain was inbred over and over to produce a stable set of qualities that could be reproduced as its own independent strain. And so the Pineapple herb was born. Presently, Pineapple stands to be even more popular than its single parent, earning the positive response of a wide user base.

That doesn’t mean however that Ed Rosenthal’s Super Bud is any less of a formidable strain. The reason why the ERSB strain has yet to pierce through our collective consciousness is because it’s pretty hard to come by. The strain is a sativa-biased hybrid just like its offspring, but is slightly less lively than the Pineapple herb. In the same light, the ERSB variety was formed by combining some of the most prominent landraces known to man. The flavorful delight brings together genetics from the African, South East Asian, Central American, and the Caribbean landraces.

In essence, the Pineapple strain itself is descended from the untouched herbs of the wild. Pineapple is a select phenotype of the ERSB variety, and thus comes from the same parent combination. The only thing that sets it apart is the fact that it was carefully chosen from the many different ERSB phenotypes and then reproduced to stabilize the kind of effects if provides. 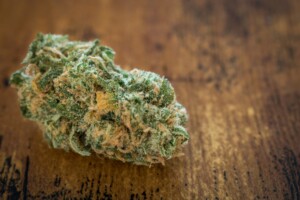 The rounded clusters of the Pineapple herb make it look a lot like, well, a Pineapple. Its dense nugs pack together tightly and create a hefty cluster that’s significantly larger than others in the line up. In terms of color, the Pineapple strain definitely doesn’t have a shortage of saturated greens and yellows that cover most of its surfaces. All around, brown and orange hairs envelope the clusters to create delicate little cages around the leaves. This adds both dimension and unruly drama to the strain’s overall look.

Once you crack open the jar, the Pineapple herb lets out a strong fruity aroma that closely resembles what you would expect to waft off its namesake fruit. The delectable, mouthwatering, juicy scent is sharp and tart, and blends together with citrus and earth for a dynamic medley of enticing aromas. Needless to say, the scent can be the last thing you need to finally decide to buy a gram or two of this intensely aromatic sativa-leaning herb.

The smoke that comes from the burning Pineapple strain can feel razor sharp as it passes through your throat. Not quite what you would describe as abrasive, the smoke nonetheless cuts through the soft tissues, leaving a feeling of slight itchiness as it passes down into your lungs. On the exhale, a delicate note of skunkiness might make itself known, but not enough to really force you into a coughing fit.

Once you’ve taken a toke or two, the Pineapple strain’s slow moving effects start to take over. The first thing you’ll notice is a calming, soothing resonance that claps through the mind. This initial clarity can clear away almost every worry and stress in your head, leaving you feeling relatively problem free. But as you move through the rest of the experience, this carefree happiness is further elevated with feelings of uplifting euphoria that can make you want to smile and sing.

The full blown effects of the Pineapple herb can be likened to the feeling of calm, relaxed, well-being that you’d experience on the shores of a 5-star beach resort. With slowed breathing, effortless cognition, and absolute lack of worries and stress, the feelings imbued by the Pineapple herb might make you feel like you’ve just taken a quick vacation to paradise. 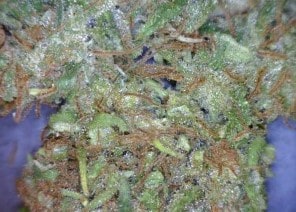 The Pineapple strain isn’t exactly what you would call an easy agricultural commodity, so beginners beware. The strain requires specific care, and might not be able to reach its maximum genetic potential when grown outdoors. That said, Pineapple might be best cultivated indoors where you can have full control of all the various elements that surround it. For the most part, it will require low humidity levels and lots of warmth, just like the tropical fruit namesake.

Growing tall, the Pineapple plant can reach heights of up to 6 feet or more, depending on how well you manage its needs. Since its leaves are widely spaced, there might not be a need to top the growth. Nonetheless, it will require phosphorous rich fertilizer as it reaches maturity on the 8th or 10th week, to guarantee maximum flavor and aroma during harvest.

The Pineapple strain is one of the varieties that can be enjoyed by users from all walks of life. Whether you’re a novice or a veteran, its blissful, carefree effects can be the perfect treat to help you unwind and relax after a tiring day at work. Carrying you off into a distant paradise, the effects of the Pineapple herb are well tolerated by users of all experience levels. Nonetheless, it might be necessary to keep your guard up since overindulgence has been found to lead to immense, long-lasting couchlock.