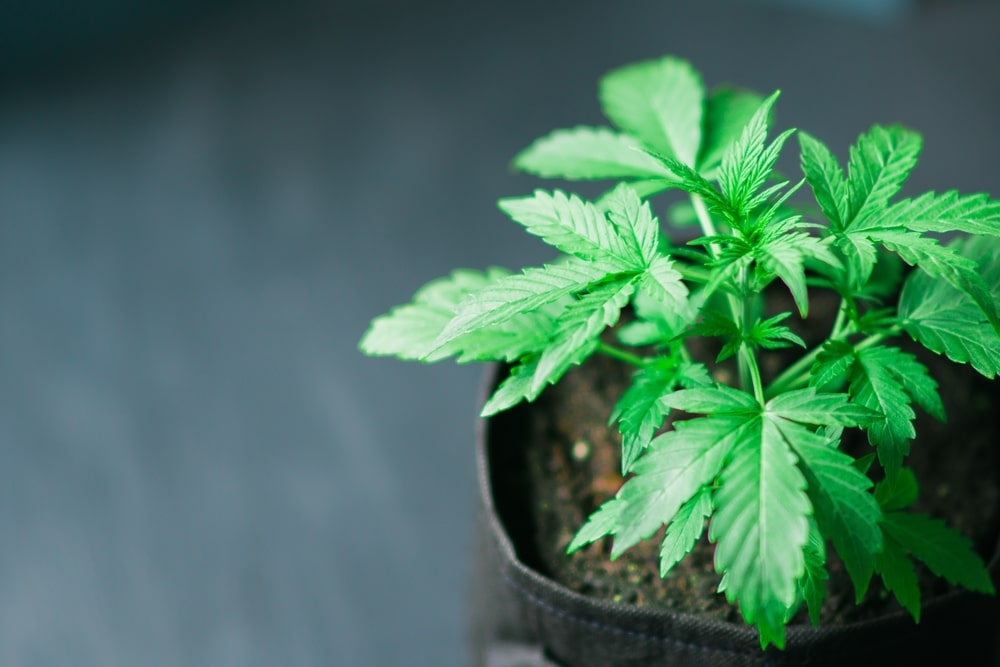 For most of us, the name Pennywise is the stuff of nightmares. Famously known as the villain clown from Stephen King’s It, Pennywise is the terror fuel for many who’ve watched the movie adaptations of the classic horror novel. But ask any cannabis-head what they think of Pennywise, and they’re bound to give a completely different response. The calming indica herb is the stuff of legend in the cannabis industry, relaxing and soothing the mind and body despite its agitating, worry-inducing name.

True enough, this is one of those situations where the name is the total opposite of what the strain brings to the table. So in a lot of ways, this might just be your best dream come true.

Origins of the Pennywise Strain

Pennywise is the lovechild of the popular strains Harlequin and Jack the Ripper. Both parent strains are respectable heavyweights in their own right. Their characteristics distill perfectly onto the Pennywise producing a distinctly memorable cannabis experience.

Harlequin is a sativa-dominant strain. It is one of the well-known strains that can reliably produce the sough-after awakening, energizing effects of alertness and cerebral elation. It’s not an overbearing experience which means you can still reliably function while under the herb’s effects. What really makes it such a hard-hitter is its rich cannabinoid profile which delivers a deluge of calm.

The Jack the Ripper is a formidable parent strain of the Pennywise and boasts a star-studded lineage itself. Born out of the combination of the Space Queen and Jack’s Cleaner, Jack the Ripper (JTR) is one of the fastest sativas currently available. Some purists have also hailed JTR as one of the most solid selections of the sativa genetic line throughout the entire known cannabis market. 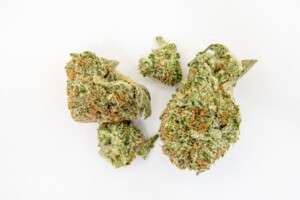 Crack open a jar of Pennywise and you’re greeted with an aroma that just screams kiss me, fat boy! You’re first greeted by a dank, earthy scent and, for the discerning olfactory sense, an accent of pinewood and even bubblegum. Once ground and burned, you can appreciate the hashy and spicy undertones reminiscent of the classic Hindu Kush. Once smoked, a fresh helping of sour and peppery fragrances will entertain your nostrils rounding out the aromatic rollercoaster ride.

As an Indica-leaning strain, the appearance of this herb is pretty much industry standard. It possesses round, dense compact buds surrounded with leaves of pale green color. Orange, rust-laden hairs line the bases of the plant, and all over its surfaces, snowy white trichomes glisten and shine to give the nugs a little extra sheen and dynamic appeal. Pennywise is an enigmatic strain to say the least, especially because of its peculiar smell and appearance. 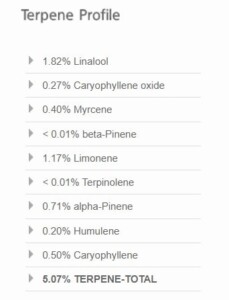 What the marijuana bears in common with the Pennywise of fame is with the quickness it overtakes your senses. It is a fast-acting herb, first dealing its dose as a heady high. You’ll soon find your mind at a new level of alertness, with colors and sounds taking on a superior level of clarity. The cerebral elevation lends itself well to doing tasks requiring creativity or attention to detail.

Don’t be mislead though, as this is still very much an indica strain. Soon you will feel the sensation moving from your head and migrating down to your entire body. A new level of relaxation and calmness overtakes you, freeing you of any tensions you may be carrying. These new sensations can have you looking for that favorite couch of yours as you slap on that chill Lo-Fi playlist to complete your state of zen.

What’s great about the overall experience is how it still lets you function despite the indica-heavy high. Pennywise is a social cannabis, stirring in you a level of confidence amenable to deep and meaningful conversations expected to improve camaraderie among your peers. The effects of Pennywise make it perfect for use later in the day or the early evening as you wind down and chill out with some good company. The tranquil state produced also provides a great way for users to simply unwind after a long week of work.

To less experienced users, it can produce a cough-inducing smoke that may be uncomfortable. Additionally, as is common in other CBD strains, cottonmouth and dry eyes are some of the reported undesirable effects. Nonetheless, this is a small gripe to endure in what is generally a wonderful experience. 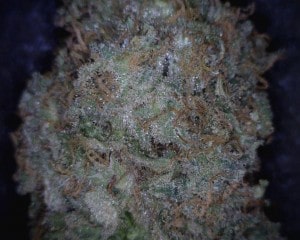 It may be daunting to undertaking to grow your own Pennywise from its intimidating nickname. However, newbie cultivators now have a reason to rejoice as Pennywise is a relatively easy strain to grow. It is a versatile plant, suitable for cultivation indoors or outdoors.  The herb’s genetic make-up thought might make it easier to grow out in a garden or lawn thanks to its resistance to mold and mildew. And because it grows pretty tall, it might be necessary to prune off the tops to make sure every layer of leaves gets enough sunlight and air.

This plant will have flowering after 9 to 10 weeks. Plants should be ready for harvest during the early to mid-October window. Yield can amount to 16 ounces per plant when grown outdoors. For indoor growers, you may be looking at a yield of 12 to 16 ounces per square meter.

What is peculiar with Pennywise is that it can grow into four different phenotypes. You may be surprised to see separately grown plants to have different colors and appearances despite having used the same seeds. Despite that being the case, what this yields is still the same solid and consistent plant with the same, odor, flavor and potency that you’ve come to know.

Seeing as Pennywise is a relatively mild strain, it may be a good jumping on point for relative newcomers to the CBD circle. The relaxing effects of the herb may be a good way for beginners to get a feel for their tolerance for cannabis use. Just don’t make the mistake of smoking more than you bargained for. Less is more when trying this one out.

It’s high time that you changed your perception about the name Pennywise. And with this strain, you can best believe that the high time is now.