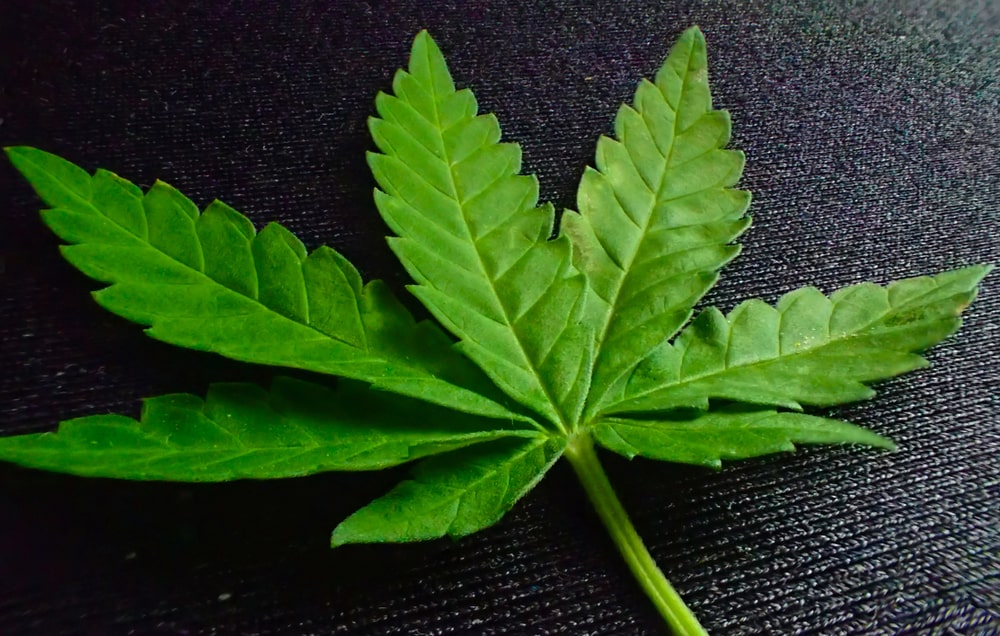 Sometimes plainly called Purple Thai, the Oregon Purple Thai cannabis strain is an enigmatic cultivar that doesn’t have too much of a presence or reputation on the market. Aside from the fact that it comes from two relatively unpopular parents, the herb is pretty elusive and difficult to find on a store’s shelves. For this reason, not a lot of people have every touched it, much less tried its smoke.

Nonetheless, the energizing sativa strain has earned quite a modest patronage. Its interesting effects have made it the centerpiece of many gatherings and parties, helping to unwind and awaken its user for a more sociable, personable disposition. Perfect for get-togethers, this cultivar promises to help you blend out of the backdrop and become a fluttering social butterfly without having to lose control.

The Origins of the Purple Thai Cannabis Strain

Whoever decided to breed Purple Thai probably wanted to go indie and prove that you don’t need the genetics of mainstream herbs like GSC or the Haze family line to reach the pinnacle of commercial cannabis success. So, the parents behind the Purple Thai herb are just as enigmatic, both with very little information behind their properties and effects. That said, all three cultivars are still pretty much a mystery to the rest of the cannabis market mainly because of the difficulty of finding them on a store’s shelf.

The Highland Oaxacan Gold was one of two varieties used to come up with the Purple Thai offspring. The hybrid is known for its ability to soothe physical aches while imbuing the mind with a sense of euphoria and well-being. Its fast acting and flavorful, touting hints of flower and mint that create almost an ‘herbal medicine’ flavor that refreshes the taste buds and clears out the airways.

To finish up the mix, the Highland Oaxacan Gold melds together with the Chocolate Thai. As the most well-known in the trio, the Chocolate Thai strain is a direct descendant of the Thai landrace. It was formed by choosing a specific phenotype of the Thai herb, which was then back crossed with itself to become a stable, repeatable herb. It’s been around since the 1960’s, and is pretty popular as a vintage herb. But the difficulty of finding it in a dispensary has made it a mystery to many of the younger cannabis users of today. 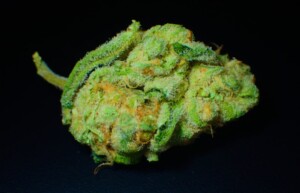 Purple Thai is characterized by its elongated nugs that extend up to twice the length of the average nug. These condensed clusters are heavy and rounded, with edges that are neatly tucked into the main mass for an even, smooth surface. Its colors are dark and earthy, blending together a mix of brown and green that lends a deep, rich, organic look to the clusters. Next to a brightly colored Cookies cultivar, this strain tends to look like a charred piece of forest matter with its depth of color and intense saturation.

For as distinct as the Oregon Purple Thai’s colorway might be, it loses much of its intensity because of the dense layer of trichomes that cover the surfaces of the nugs. If you’ve been reading up about cannabis chemistry, then you know that the more aggressive a cultivar’s trichome presence, the more resin it stands to produce. And this sticky, thick substance is what contains the cannabinoids that cause the effects that the strain is known for, as well as the terpenes that characterize its aroma.

With such a thick layer of trichomes covering its surface, the Oregon Purple Thai herb has one of the strongest aromas on the market. Its strong floral aroma is laced together with a deep bitterness reminiscent of chocolate or pure coffee grounds – a quality it inherits from its Chocolate Thai parent. This bittersweet combo can be a treat for most veteran users, but might ward off a beginner who’s partial to herbs with a more pleasant, universal fruity aroma.

The delicate, airy clouds that are produced from the Oregon Purple Thai’s smoke can pour effortlessly into the lungs through the throat. The flavor – bitter at the front with a hint of sweetness on the exhale – can taste like a bad does of medicine for a novice. But veterans and connoisseurs will revel in the vintage taste that comes with the strain’s intense terpene chemistry.

Once inhaled, the strain gets to work almost instantly, lending a light, fun air that hangs around the user. This settles into a deep relaxation at the core, accompanied by a sense of social energy floating about. Unhinging the jaw and letting thoughts and ideas flow freely, the Oregon Purple Strain is best enjoyed with good friends and family to share a few laughs with.

Lighthearted and easy going, the effects can turn any wallflower into a social butterfly, giving you the socialization prowess to help you become the life of the party. And because the effects aren’t overwhelming, there’s no need to worry about sharing more than you’re ready to. The controlled effects let you stay at the helm of the experience, minimizing the risk of flying off of the handle and losing your ability to steer the conversation the way you want to.

Another reason why the Oregon Purple Thai strain is so hard to come by is because it’s not exactly the easiest to cultivate. The strain requires specific environmental considerations that not all farmers are equipped to provide. Growing best indoors, this agricultural commodity can take anywhere from 8 to 10 weeks to reach flowering from the seed, and produces an average yield of 3 to 4 ounces for every square foot of plant. Height varies, but tends to average roughly 4 feet at best.

If you’re looking forward to a get together, or if you simply want to enjoy a few lazy moments with your best friends, the Oregon Purple Thai strain is for you. Helping even the most recluse users discover their inner extrovert, this strain can turn an awkward gathering into a fun-filled experience with lots of laughs and great conversation.