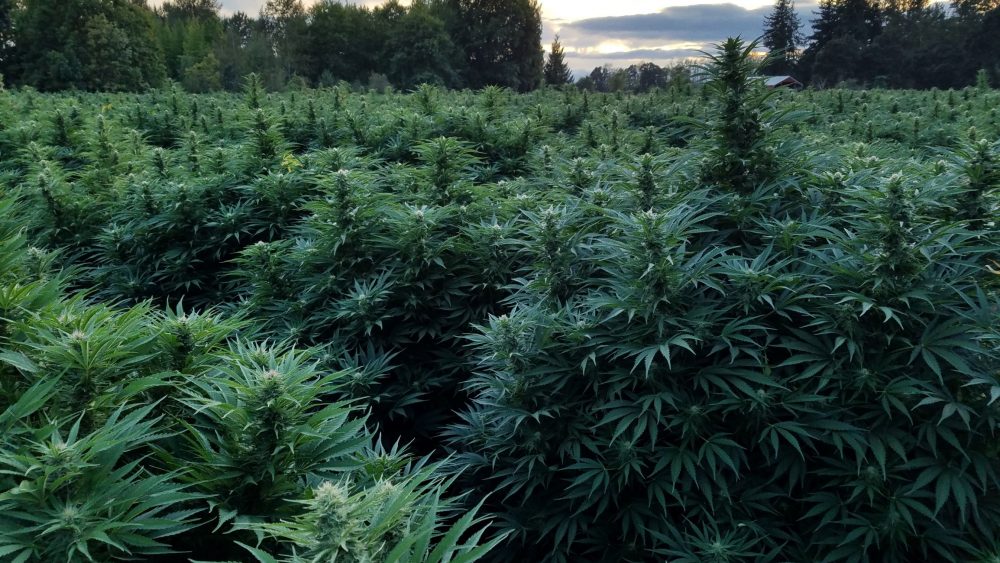 Well, she ain’t named Lifter for nothing. This popular CBD strain is balanced, relaxed, and controlled, allowing a gentle electrifying buzz to course through the backdrop of your cognition. The result? A wakeful experience that’s energetic yet collected, giving you more power and less discomfort to see you through that workload. Think along the lines of still you, but less tired.

Despite being a newcomer to the cannabis market, Lifter enjoys some pretty solid patronage perhaps because of its iconic lineage. Skunky, funky, and a little cheesy, the mildly offensive odors that come off of this pungent strain might make you pull away as you take a whiff from the bag. But it definitely makes up for it with a complex flavor profile that combines the sharp twang of cheddar and sweet satisfaction of mint candy.

Hailing as one of Oregon’s most iconic strains, Lifter owes its genetics to two Oregon-based parents. The first – Suver Haze – has effectively made a name for itself as a favorite for cannabis farmers. Producing high yields despite its easy cultivation, Suver Haze phenotypes are flavorful and hard-hitting, making it especially difficult to mess things up – even if you’re a novice farmer.

The aromatic strain delivers a fragrance of pepper and fruit that shine through accurately during the smoking experience. These elements are highly detectable in its Lifter descendant which brags the sharp jab of pepper with every drag. In terms of its effects, Suver Haze’s impact on mood and relaxation are expressed in full through Lifter’s genetics, producing a lucid calm that’s perfect for meditation.

The other parent strain that contributes to Lifter’s unique properties is Early Resin Berry. While there isn’t a lot of information on the cultivar, it is known for its gentle calming benefits and its skunky aroma and flavor. This pungent taste profile is where Lifter gets its funky fragrance of cheese and the slight notes of fruit and berry that intertwine with its major taste components. 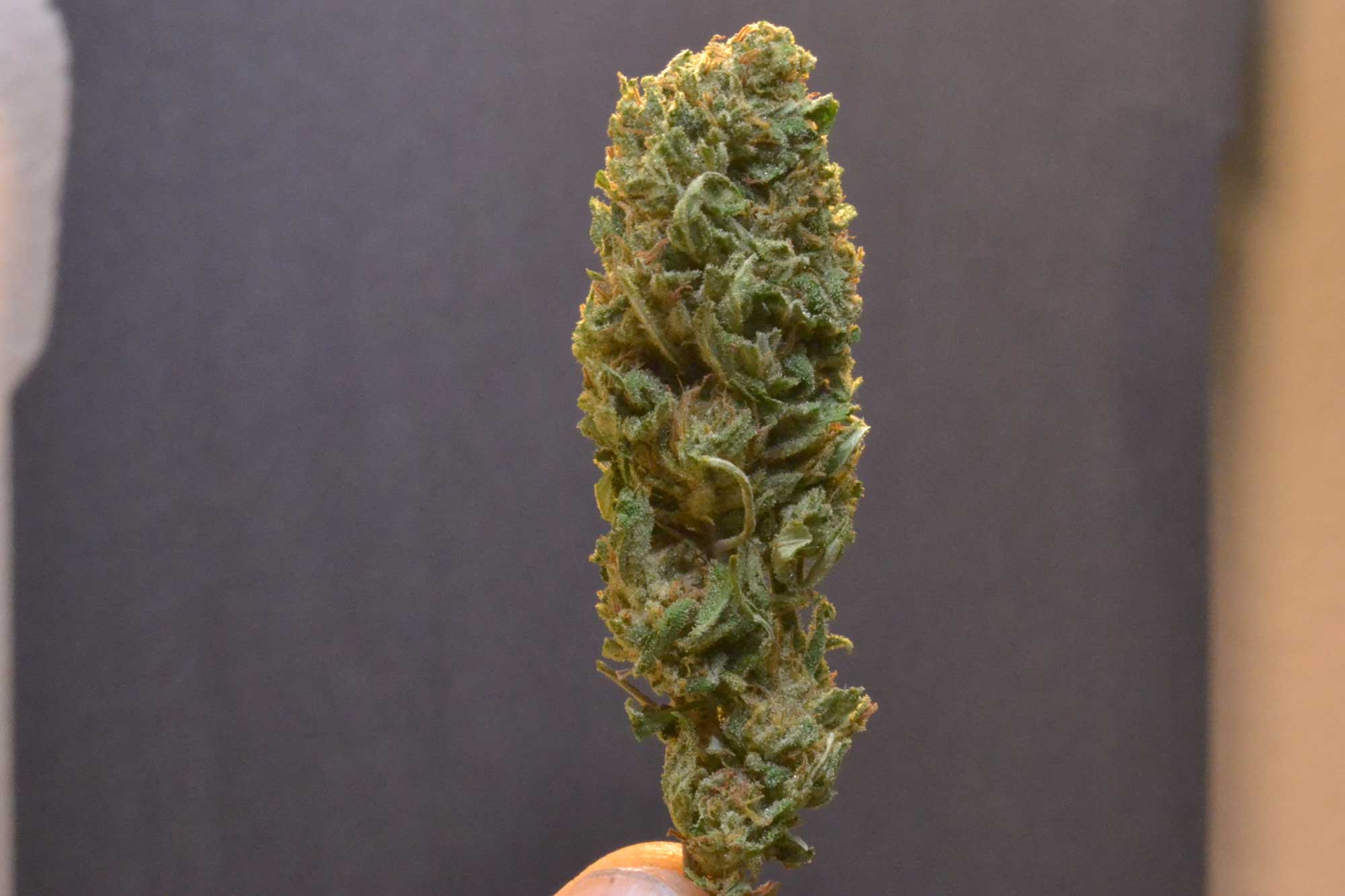 Bright and lively, Lifter can pique anyone’s interest from its spot on the top shelf. The nugs are predominantly chartreuse and lime in color, but hints of sage and mint peek through the surface to add multi-dimensional appeal to the entire sample. Light yellow-green to yellow-orange tendrils climb and course through the leaves, creating a contrast of colors that breaks the monotony of green for a more dynamic and lively appearance.

In terms of trichomes, you can expect aggressive flecks of white snow to cover the entire surface of the strain. A fuzzy coat of resin lends a tacky feel to the nugs and makes it particularly ideal for drawing concentrate, since small amounts of the bud are likely to generate more payback during the extraction process.

When you first crack open a bag of Lifter, you’re likely to detect a smoky cheese scent that might be a tad offensive to those who are more accustomed to sweet, candy scented strains. But give it another whiff, and you’re likely to detect subtle hints of berry and fruit which make the fragrance more pleasant and bearable especially as you spend more time processing its effect on your senses.

As the name suggests, Lifter is a cultivar that works to help improve your overall disposition to give rise to a strong sense of well-being. The CBD strain was developed to lighten the burdens of stress and tension, both in terms of cognition and physical wellness. The result is an overpowering sense of calm that doesn’t cradle you to sleep, allowing you to go about your day without the added pressure of mental stress and physical discomfort.

Fast acting, the Lifter strain has become a favorite among users who need the immediate benefits of CBD versus the challenges of daily life. The effects of the strain are almost instant and produce a feeling of calm right off the bat. After the first few tokes, the cannabinoids in the strain deliver the full impact of the lifter strain which puts the body into a relaxed state of steady-paced productivity.

Other than that, Lifter can be a wonderful way to combat the blues. The upbeat and lively strain delivers effects that work to clear away negative thoughts and emotions, helping you feel like your best self. Fight away apprehension, nervousness, and other emotions that might weigh you down by taking a toke of Lifter. 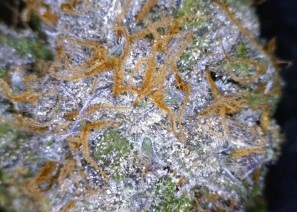 Partial to indoor conditions, Lifter is best grown where farmers have the opportunity to tweak variables to match the strain’s needs. While it isn’t the hardest of cultivars to grow, it definitely isn’t the easiest, requiring specific care considerations and practices to reach its full potential. For the most part, Lifter will require lots of fresh air, sunlight, and minimal moisture and humidity. Pruning the top leaves to encourage horizontal growth should also be helpful in allowing the plant to collect as much natural light as possible.

In most cases, the Lifter variety will grow to about 6 to 7 feet in height, with an average yield of 3 ounces for every foot that it grows. Flowering can be expected within 9 weeks of being planted. If all goes well, you should see frosted leaves of a pale to light green color ready to harvest by that time.

Because it is bred for its cannabinoid content, the Lifter cultivar showcases promising properties for extraction. Many of those who want to produce full spectrum products as opposed to pure CBD often use Lifter because of its genetic expression that encapsulates the perfect cannabinoid blend.

Lifter’s balanced, controlled effects are well tolerated by users of all experience levels. The calming benefits are just palpable enough that they relax the system without causing sleepiness or sedation that might lock you to your bed and keep you in a trance. Productive, creative, and collected, Lifter can give you that extra push you need to get sh*t done.

But more than that, Lifter also works as a total mood changer. This CBD-rich cultivar has what it takes to take you from being down in the dumps to feeling like a million bucks – all within the span of a few minutes. So if you feel like you’ve been beaten by the challenges of the daily grind, take a toke of Lifter to turn it all around.