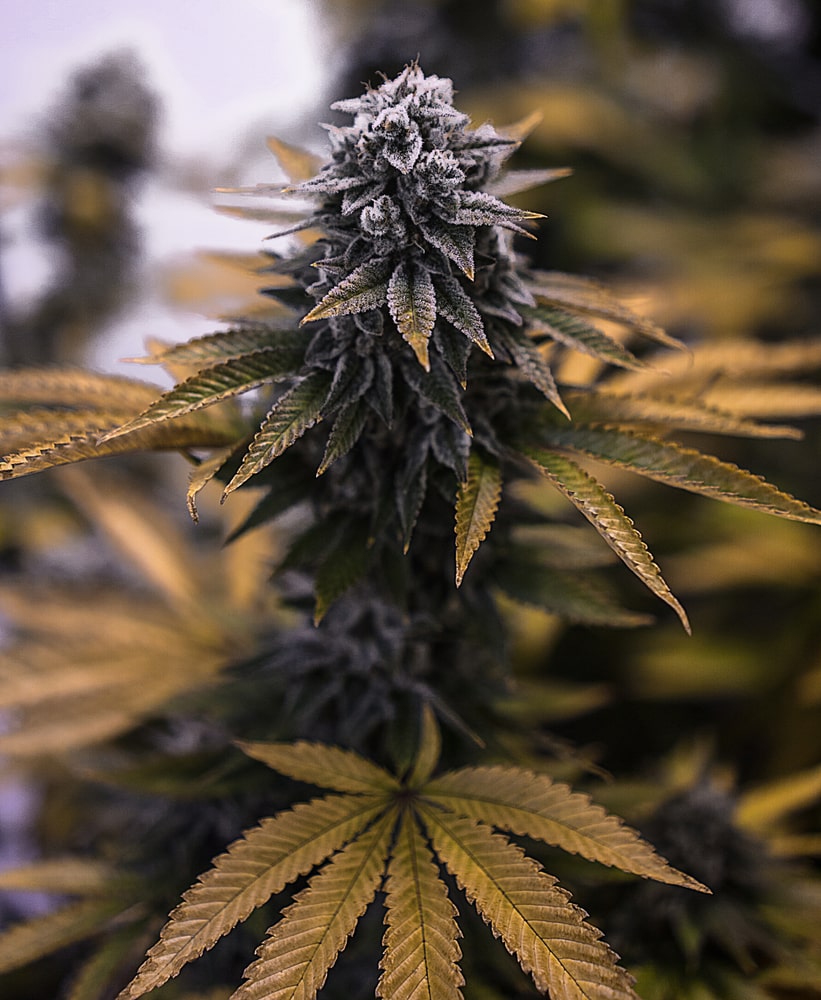 Also known as Grandpa Larry, Larry OG is just one of those strains that fun to have around. Often dubbed by users at the perfect everyday remedy, Larry OG provides a substantial energy boost that just helps you get shit done. Neither overpowering nor tranquilizing, the Larry OG strain provides the perfect balance to help you achieve a state of being that’s just like normal, only better.

Energizing, invigorating, and releasing, Larry OG works to empty your mind of the daily drudges and renew your mindset to help you achieve productivity like never before. So, the next time you feel down in the dumps and unable to work through the daily toil, you’d know to reach for good ol’ Larry.

The Origins of Larry OG

From its name, you can already kind of tell where the strain comes from. The child of two OG parents, the Larry OG strain has some pretty formidable names forming its genetic backbone. The OG family is best known for its balanced hybrid benefits, which are perfectly mirrored by the Larry OG’s stereotypical hybrid chemistry.

San Fernando Valley OG – or simply SFV OG – is a slightly indica-biased hybrid that brings together the taste of fruit, citrus, and herb. This mouth-watering strain has risen to popularity mainly because of its strong indica-leaning qualities that work to relax and soothe. But more than just that, SFV OG has also been widely used for its intense effects on all sorts of cognitive discomfort, creating a haze in your head to relieve unwanted stress.

On the other hand, there’s OG Kush. Known as one of the veterans of the known cannabis market, this classic strain is a hybrid that leans ever so slightly towards the sativa end of the chemistry spectrum. Similar in flavor to SFV OG, OG Kush weighs a little more on the notes of herb and fruit, with hints of skunk and gasoline. Ignited and toked, this cultivar focuses more on mood and feelings of well-being that stir the senses and awaken euphoria. 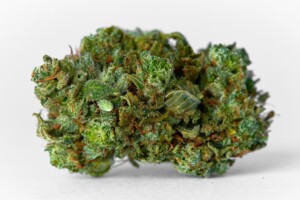 If there’s anything noteworthy about the way Larry OG looks, it’s gotta be the hairs. No, not the trichomes. Literally the tendrils that shoot out from its crevices. With bright orange-to-brown tresses peeking out from between its leaves, you’d think Larry OG was rolled in hair cuttings from an albino. The small, curly projections cluster together to create small pockets of hairy clumps. Certainly, it doesn’t exactly look the same as the evenly distributed hairs found on other herbs, but it definitely adds to the peculiarity of Larry OG’s bag appeal.

Other than that, everything else is pretty much normal. Its trichomes are dense and well spread out over its surfaces. Its leaves, ranging in various hues of green can be quite bright and saturated. And of course, its size falls just within the range of normal, with each nug not too tightly wound to give you a better view of its interior.

You might say that Larry OG looks like, well, you’re average everyday strain. What really makes a difference however is the way that it smells. Drifting from its leaves is the strong aroma of herb and citrus, blended together with minor hints of bitter gasoline. In fact, the tinge can be so mild that an inexperienced snout might not be able to pick it up. For the most part, there are hints of herb and flower that are hidden in the Larry OG scent profile, detectable only to the well-trained olfactory system. 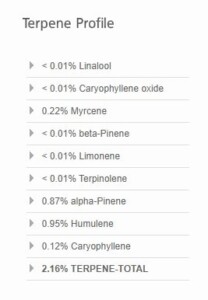 During those first few moments after your last toke, you’re likely to feel relatively unchanged. But don’t let that be reason for you to reach for another pinch and re-stuff your bowl. Larry OG likes to be fashionably late, leading you to believe that you’ve taken a sad, sorry strain with watered down chemistry. But the moment it takes a hold of your system, you’ll definitely feel that change. Just like a switch going off in your head, the effects of Larry OG instantly take over the moment they get to work.

So one moment, you might be sitting on your favorite chair, waiting for Larry to show up, and the next, you’re going to be up and on your feet, taking down window screens to give ‘em a well deserved scrub down. With Larry OG, every chore you’ve been putting off becomes an urgent matter of life and death. Every task you might have lined up becomes a minor obstacle on your way to a productive afternoon. Whether its desk work, cleaning, cooking, or anything in between, you best believe Larry will see you through it.

Then of course, there’s the flavor. The heavenly taste is an exact mirror of its aroma. The only difference is that during the toke, those hints of gasoline come front and center, becoming more prominent even to the untrained tongue. Even then, it’s pretty mild, and the bitterness actually works to improve the overall intensity of the sweetness. 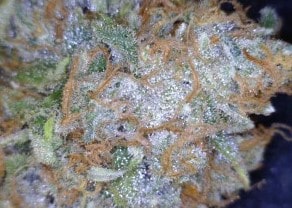 It might take a little skill and knowledge to get Larry OG to flower. So while you don’t necessarily have to be a pro, it definitely wouldn’t hurt to have some experience under your belt. If you know how to manage outdoor variables to match the needs of your herb, then it might not be necessary to grow indoors. But then again, novice farmers who want to guarantee harvest success should seek to keep Larry OG in a space where elements are much easier to control.

Growing over 6 feet in height, Larry OG takes after its sativa ancestors with its widely spaced leaves, tall stature, and spread out branches. As a fast finisher, this herb delivers a bounty of bud at about 6 ounces per square foot of height and growth after just 7 weeks from the seed. For farmers in warmer climates, it may be possible to harvest more than once a year.

Balanced and controlled, the Larry OG herb can suit the needs and tolerance of beginners, but with moderation. Remember that any strain taken in excessive amounts can result to unwanted couchlock or undirected energy levels which can be overwhelming for less experienced users. Anyone looking to work through a mountain of daily obligations would do well to keep a stash of Larry OG around. For a quick fix, you might even find it practical to have some extract or edibles at the ready.