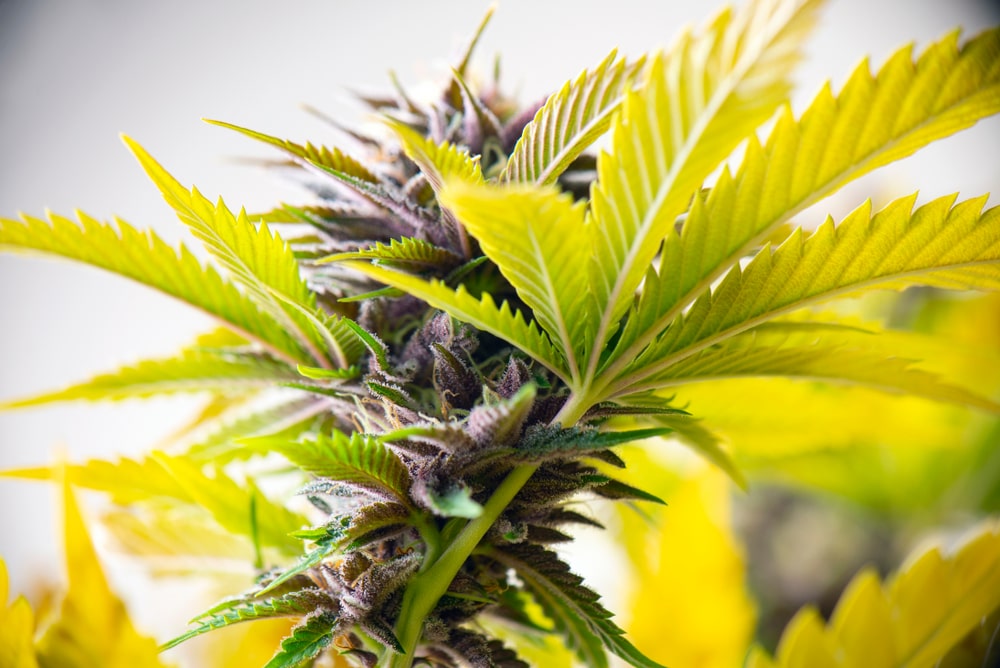 For that reason, Kryptonite has yet to wiggle its way into a more prominent spot in the cannabis market. Nonetheless, it’s definitely worth the try, especially since it offers a dominating indica experience like no other.

The Origins of the Kryptonite Strain

Shrouded in mystery, Kryptonite’s history is one that has yet to reveal itself to the marijuana world. However, speculation suggests that the enigmatic herb comes from the marriage of Mendocino Purps and Killer Queen – both of which are highly respected veteran names in the cannabis market.

Medocino Purps bagged a spot in the Top 10 cannabis Strains of the Year in 2007 during the High Times’ Cup. Starting out as a clone-only strain, farmers managed to develop a stable cross that produced Mendocino Purps seeds, thus making the herb more widely available throughout the market. With a taste that resembles woody, earthy, aromatic coffee, Mendocino Purps is a blissful indica that awakens the senses and subdues a troubled mind.

Killer Queen is the second strain in the Kryptonite family, and it sits on the complete opposite end of the genetic pool, with an 80% sativa dominance. Working to arouse a meditative disposition, the Killer Queen strain is balanced sativa that wakes up the system, lends heightened energy, and births unrelenting productivity without overwhelming your mind and body. 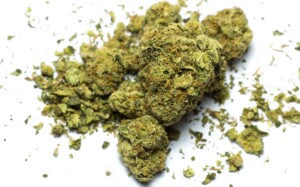 Just like its namesake, the Kryptonite strain boasts a gorgeous lime exterior with streaks of forest, avocado, and seafoam green. Beautifully bright and electrifying, the vibrant nugs can catch anyone’s attention from atop a dispensary’s shelf, brandishing a colorway that makes it look like it fell from an alien plant in a distant universe.

As you ask your friendly neighborhood budtender to take down the jar, you’ll be warmly greeted with the fragrance of spicy sweetness, like cinnamon powder was drizzled all over the nug’s leaves. The woody coffee-esque aroma definitely shines through – an homage to its Mendocino parent strain. But for the most part, citrus and berry take center stage, clouding your olfactories with the delectable scent of ripe fruit and nectar. 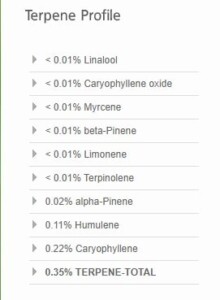 Kryptonite wasn’t named Kryptonite for nothing. The powerful cannabis strain delivers toe-curling flavor that can make your eyes roll into the back of your head. Blending together coffee, fruit, sweet, berry, and organic tones of wood and char, the herb creates a brew of flavor that swirls through the mouth and trickles down into the throat. As it enters the lungs, the smoke lifts the chest and lends a feeling of feather-light freedom and respiratory release.

During this time, the cannabinoids in the strain get to work on your body. A heaviness settles into your eyelids, reddening your eyes and bringing your blinking to a slow and steady pace. Your breathing follows suit, slowly but surely dying down to a rhythmic rise and fall of the chest that tempers all of your other bodily functions. The limbs then start to feel heavy, settling down to your sides, begging you to take a seat and unload.

As you rest your rump on the nearest chair, Kryptonite then delivers the final subduing blow. Its potent chemistry empties the mind and locks down the body, putting you in a full state of motionless meditation. In a lot of ways, it might feel like being locked into your own body – just like Kryptonite’s effects on our favorite superhero. 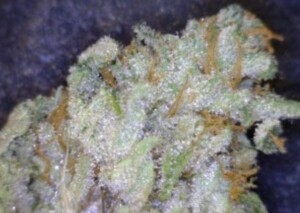 Kryptonite blooms beautifully both indoors and outdoors. The hardy plant thrives just fine without excessive heat or sunlight, but it doesn’t hurt to expose the little growth to whatever sun you have available. The more heat and light the plants are exposed to, the bigger its chance of achieving full genetic expression.

Under the right conditions, the Kryptonite strain can produce up to 6 ounces of bud per foot. In most cases, it takes after its Mendocino Purps parent, growing to a modest 3 to 4 feet in height. The stubby little plants are fast finisher nonetheless, rendering your harvest in as little as 7 weeks’ time.

If you’re lucky and you manage to grow an herb with a fat tirchome coating, then your harvest can be suitable for extraction. The more trichomes that your plant has, the more cannabinoids it produces, thus making it a viable raw material for lots of different cannabis-derived products like extracts and concentrates. Keep in mind though that the best way to encourage trichome expression would be through sun exposure and fertilization, which may take a little more farming expertise.

Aptly named Kryptonite, this herb can be a weakness for users of all experience levels. With its intense indica effects, the Kryptonite strain might be better off for users who are more accustomed to heavy-handed indicas. Veterans and connoisseurs should easily fall in love with the flavor and impact that the cultivar brings. But for low-tolerance users, beginners, and rookies to the cannabis world, the herb may prove to be a little overwhelming, especially as it locks you down in a state of lucid stupor.

As for farmers, the strain can be a wonderful starting point for learning new growing skills. Growing fairly well in a range of different environments, the Kryptonite strain adapts well to various growing conditions. Keep in mind though that if you were hoping to use the plant as a raw material for cannabis-derived products, then it might be in your best interest to take specifics into account. With more sunlight and just enough fertilizer, you can give your Kryptonite plant a better chance at attaining its maximum genetic potential.