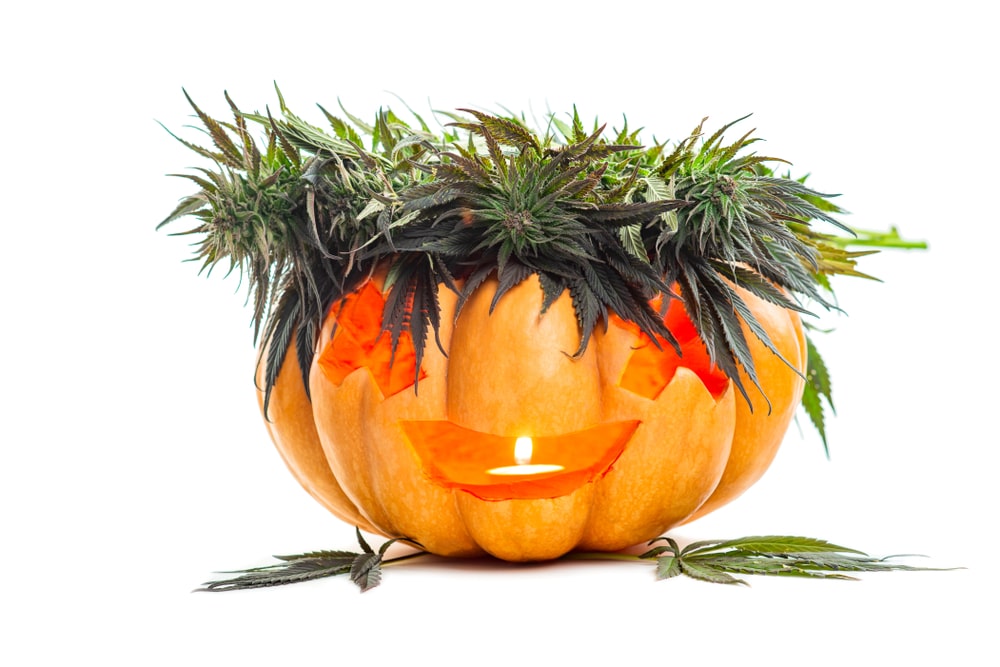 You read the name right – Jack Skellington as in the Pumpking King in the Nightmare Before Christmas. Unlike the famous Tim Burton animation, this herb won’t give you a scare nor a nightmare. But like its namesake, the flower itself has a lanky posture with speak-like buds similar to the kindly Halloween character we all know and love. It’s a strong and energizing strain with a cerebral high that can clear the mind and even prompt your creative juices to effectively flow.

A smoke of this joint will take you straight out of a Tim Burton movie and into a Wes Anderson film. And as you experience bright colors and enhanced hearing, the herb sees to it that every last bit of stimulation is picked up by heightening your sensing of the world around you. Known as a wake and bake strain, Jack Skellington is a great morning smoke to start off your day.

Whether you checked this strain out because of its name or you simply need to get up and go, Jack Skellington might just be for you. If you have a decent tolerance for cannabis, this is a good option to try.

Origins of the Jack Skellington Strain

Jack Skellington has a very intricate lineage created by TGA Subcool Seeds. The company first created the Killer Queen strain which is also a hybrid known for its effects on focus and exhilaration. After years of experimenting with that initial strain, they found its Cindy 99 phenotype and bred it with another one of their creations, the Jack the Ripper strain.

This second parent is famous for its hazy cognitive effects, forcing it into the shelf with other hard-hitters specifically reserved for veterans. What resulted was a milder, more controlled strain which we now know as Jack the Ripper. While its parent strains are known to be extremely potent, Jack Skellington is not quite as overpowering compared to its lineage. While this is the case, it is still not suggested for newbies as they might get more than they’re used to and end up getting too much of a high cloud. 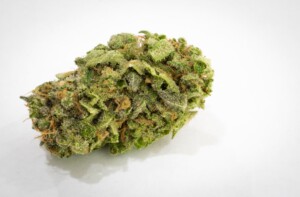 This strain’s flower has exceptionally large, sticky, and spear-like buds. It’s a vivid green plant that has a very strong and sharp diesel fuel aroma coupled with a citrusy scent once you break open its nugs.  The Jack Skellington aroma is rather captivating and you can expect it to taste very much the same as its scent.

Its beautiful, trichome rich exterior and delicate bright-orange hairs make the strain look exactly as its name would suggest. Its Halloween-esque colorway, generously dusted with snow, can make it look like it popped straight out of a scene from the Night Before Christmas. 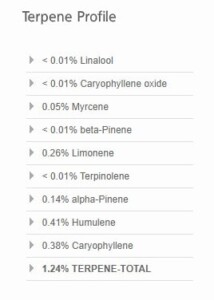 The most common experience users get from the Jack Skellington strain is usually a refreshed and euphoric high. Many choose to take this in the morning because it gives a boost of energy to start off the day. A great morning pick-me-up, this wake and bake strain can get you out of bed in no time and increase your creative productivity to boot.

The cerebral high from this strain is described as a clearing and focusing of the mind. It is great for days when you have a number of things lined up and you need the mental clarity to accomplish everything on your list. Also known to elicit a cheerful glee, Jack Skellington also makes a suitable pick if you’re hoping to muster the motivation and courage to engage in social interaction.

Like its Jack the Ripper origin, some users have also stated a heightened sensing of environmental stimuli. As the strain delivers its powerful punch, the cannabinoids work to enhance the volume of every little sound and sight around you. The result is a truly tingling experience – like your Spidey Senses being called to awaken after a long and dreary hibernation.

As with any other hybrid with strong chemistry, it’s recommended that novices and rookies take Jack Skellington in moderation. Too much of this herb can cause headaches, dizziness, and rarely, it may even heighten worry and apprehension. So if you already struggle with the throes of cognitive distress, taking too much of this cultivar might do you in. 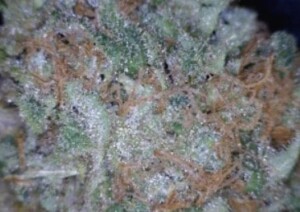 As a typical sativa, the plant grows both tall and wide. While most growers prefer an indoor setup, note that you can grow this strain outdoors too. It has a fairly quick flowering period, requiring no more than 8 weeks to reach its full maturity. If you opt to grow it outside, make sure that the environment is dry and sunny, ensuring that the plant isn’t exposed to humidity. An outdoor setup is usually expected to yield around 11-13 ounces per plant.

Those that prefer to grow indoors can also choose between soil or a hydroponics setup. Utilizing the latter, however, topped and with a Sea of Green (SOG) method, can exponentially improve yield volumes at 10 to 12 ounces per square meter. Some key points to remember when growing Jack Skellington is to keep it away from humidity as well as to top it to control its growth. With these things in mind, this plant is relatively easy to grow even for beginners. With its fast flowering period, you can definitely look forward to multiple yields in a calendar year.

Jack Skellington is a great option for those who want a great morning or even afternoon pick me up. If you have some trouble getting your day started or if you need help with focusing with tasks, this strain might be for you. Short attention span? Jack Skellington’s got you, too. Also, because of its euphoric high, it can be suited for those with frequent mood swings or those that often have negative emotions and thoughts. It can even help with long standing aches here and there.

For growers it has a wonderful yield and harvest time. Quick to finish and easy to grow, the Jack Skellington strain has exactly the perfect qualities to help a novice farmer discover the ins and outs of growing this beloved agricultural commodity.