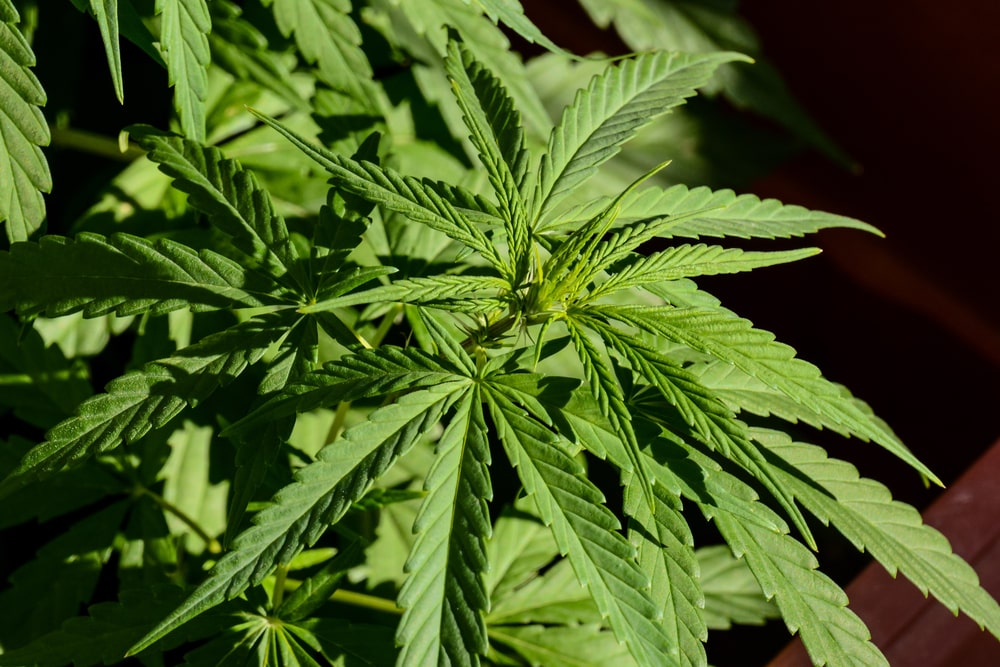 With an intense fruity flavor, the J1 cannabis strain puts itself right up there with classics like Lemon Drop and Sunset Sherbert. The delicious, succulent flavor perfectly mirrors the taste of a delicate piece of ripe tropical fruit, with hints of punchy pepper and refreshing mint blended into the backdrop. And, as you might have guessed, along with the intense fruity flavor comes heightening sativa effects that can really zap you straight out of your sleepy stupor.

The lovechild of two unrivalled classics, the J1 herb sports one of the most impressive profiles on the known cannabis market. But of course, that does come at a price. With such top-shelf genetics, the J1 herb is pretty steeply priced. And that’s also one of the reasons why it’s such a rare find.

The Origins of the J1 Cannabis Strain

The J1 strain is proof that the fruit doesn’t fall far from the tree. This cultivar – coming from two of the most commercially successful herbs on the market – touts impressive chemistry that captivates even the most experienced, most selective connoisseurs. Combining both enthralling flavor and distinct effects, this herb guarantees an excellent, noteworthy encounter that you might want to keep coming back to.

J1’s father – Jack Herer – is easily a household name among cannabis users. This domineering sativa brandishes the same terpene profile as its offspring, but mixes it up with a stronger herbal backdrop. In terms of effects, the heavy handed strain delivers a punch of awakening power that rises through the heels and into the spine for supreme vigor that can help you plow through all sorts of tasks with single-minded determination.

Then of course, there’s the Skunk strain that accounts for the modest pungence that comes from the J1 leaves. This odorous parent has something to do with all the skunky, pungent strains that you’ll find on the market. Known as the father of all stink, the Skunk strain has been around since the 70’s, having parented a range of other award winning herbs that showcase the same strong stinky qualities that the herb is both loved and hated for. 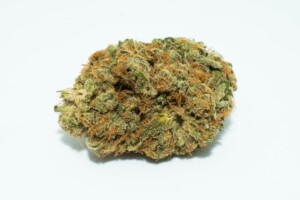 From its place on the top shelf, the J1 herb shows off beautiful colors that range from green to yellow to orange. These bright tropical colors give it a lively aesthetic that can win over the affections of buyers who are interested in the sensory experience that a strain might offer. But there’s more than just colors when it comes to J1’s attention grabbing looks. The strain is quite literally sheltered in a dense shield of trichomes that push out from every inch of the leaves.

The aggressive fuzz creates the sticky, tacky resin that contains the cannabinoids and terpenes for the specific herb. So the more trichomes, the stronger the strain’s aroma. And because this herb can be pretty fragrant, you should expect to see an impressively brawny top layer of tirchomes creating a barrier around the nugs.

Speaking of aroma, the J1 strain doesn’t really disappoint. The intense scent is reminiscent of citrus and fruit, all blended together in a dreamy tropical symphony that can entangle your olfactories in a blissful scent encounter. But as the swirling fruit enthralls, hints of its Skunk parentage pierce through and shoot up into the nostrils mid-sniff, leaving some low tolerance users feeling attacked by the offensive stink.

Cram this stuff into a pipe and stick a lighter into it, and you’ll find that its smoke smells like a sweet tropical incense with hints of herb and earth. To the taste buds, the smoke can be an almost perfect replica of its aroma, with the small exception of a slightly stronger skunk. And because the strain also leaves a bit of a scraping feeling down the throat, some beginners might find that the combination of itchiness and bitter, unpalatable taste might be a little too much to handle.

So, how does it take effect? Well, the J1 strain is pretty insidious, showing off its chemistry much slower than the average strain. But even then, this gradual rise can work in your favor, especially because the full blown effects can be relatively intense. As a hard-hitting sativa-dominant hybrid, the J1 strain can produce a flurry of awakening effects that might overwhelm most users.

Clarifying and relieving, the strain does all that you would expect from a standard cannabis variety – cognitive and physical release, feelings of wellness, and of course, euphoria. But with the jolt of vigor shooting upwards through your spine, this strain makes it almost impossible to sit down and take a load off. Make sure you’ve got a list of things that need to get done before you take that first toke. Otherwise, you might be looking at a jittery afternoon fueled with unproductive, nervous energy.

It’s not exactly the hardest strain to grow, but she will put up a bit of a challenge nonetheless. The J1 strain will require strict adherence to specific environmental requirements, calling for farmers to watch temperatures and humidity closely to make sure the plant doesn’t succumb to a variety of cannabis diseases. That said, indoor cultivation might be a better choice for this specific variety.

With the right conditions, the plant can grow up to a maximum of 6 feet, but that’s relatively rare. More often, J1 will reach just about 3 feet in height, yielding a harvest of around 1 to 3 ounces for every square foot. Flowering is relatively quick at 6 to 7 weeks, so farmers in warmer areas may be able to grow more than just a single harvest in a year.

To be perfectly honest, the J1 flavor can be the ceiling of beginner tolerance. Offering well-known notes of fruit and citrus that are typically well tolerated, the flavor also incorporates hints of skunk which could be something new for a novice. So while it might get a wince or two from a rookie, it won’t be enough to deter their taste buds. But then again, there’s the issue of effects. With potent chemistry and severely sativa-dominant outcomes, taking the strain in moderation can help users work up to their capability level.