Space Invader is the latest indica-dominant hybrid to hit the low THC cannabis industry. A cross between very rare and sought-after T1 X spectrum genetic strains, the Space Invader hemp strain will literally blast you off into space – at least, if you believe the customer testimonials.

The Space Invader hemp flower provides celestial notes of kush, reminiscent of CBD strains like Bubba Kush and OG Kush. It also embodies an array of fruity flavors as well, giving the user a stunning flavor profile. According to people who have used it, this hemp flower strain will ride through your taste buds like a rocket and take you to new heights. 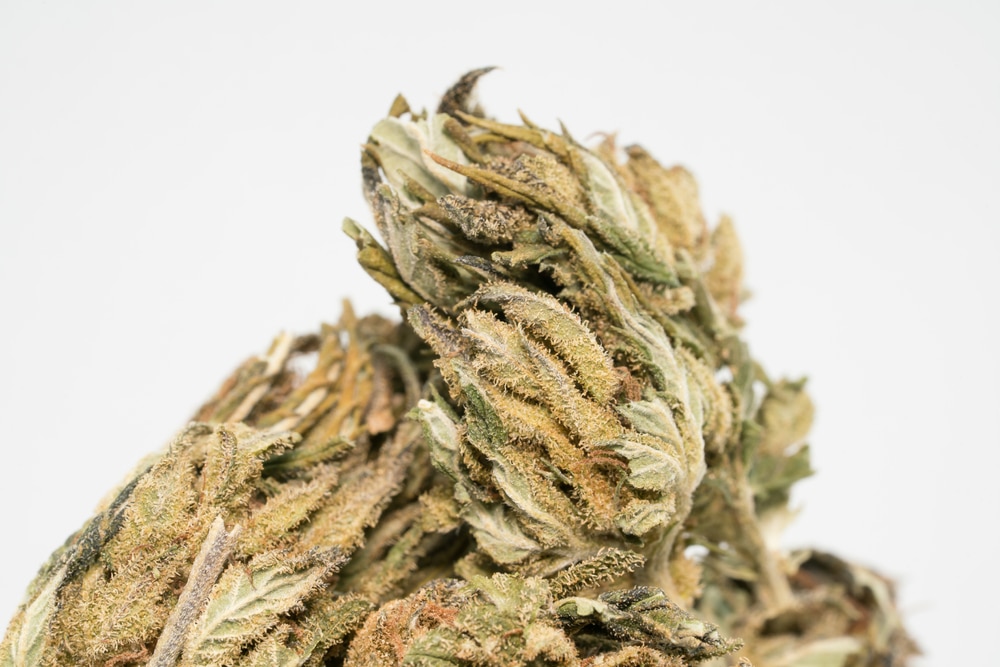 The Origins of the Space Invader Strain

The Space Invader strain is a cross between two of the most popular strains on the market: T1 and Spectrum. Its unique flavors, scents, and effects can be attributed to this genealogy.

T1 is an Indica-dominant hybrid strain. It is perfect for evening use, with fresh and sweet flavors and a very clean aftertaste. Its sweet lavender taste will assist you to feel calm and relaxed after those extra stressful days. According to its many users, the quality is nearly impossible to ignore, which is why it is exceptionally appealing to purchasers. However, T1 is a strain best used by experienced customers who need powerful pain relief because its effects can last for many hours.

The other half of the Space Invader strain, Spectrum, is well-known for its buds that are loaded with a broad range of flavonoids, cannabinoids, trichomes, and terpenes. This particular strain is perfect for managing stress, uplifting your mood, and stimulating your creative mind.

The Space Invader strain of hemp flower is so popular for a very good reason. It hits celestial notes of earth, herbs, and spice and offers the user interesting gas and sour fruit undertones. According to some, the notes of kush that embody this strain of cannabis are reminiscent of similar strains, such as OG Kush and Bubba Kush.

Thanks to a vigorous growth pattern and thick, ample flowers that are larger than most other Indica-dominant strains on the market, anyone who decides to purchase this particular strain will enjoy earthy notes of clover, hops, and herbs.

The main terpenes found in this CBD hemp flower strain are myrcene and caryophyllene. To many people, these words are just jargon, so we’ll give you a breakdown of what they mean for the Space Invader strain.

One of the most unique features of this hemp flower strain is its exceptionally low THC levels. It tests at less than 1% THC. This strain actually has one of the lowest amounts of THC on the market.   To get much lower than that, you would likely have to move away from CBD strains and try CBG.

Despite having such a low THC content, Space Invader actually has the second-highest amount of CBD on the market, testing at 15.68%!

Thanks to the many calming and anti-inflammatory properties associated with this particular strain of hemp flower, it comes as no surprise to anyone that many people use the Space Invader strain to soothe away physical ailments such as common aches and pains. Like any Indica-dominant strain of hemp flower, Space Invader provides the user with relaxing, light, and primarily physical effects.

Due to its low THC levels, Space Invader is an ideal strain for anyone who has grown weary of THC or may have a higher sensitivity to cannabinoids. Thanks to its parent strains, Space Invader has inherited the ability to make your body high, calm your mind, and improve your mood. Thanks to these effects, many people use this strain to relieve anxiety, headaches, inflammation, migraines, seizures, and stress.  As such, the Space Invader hemp strain will unwind and soothe your body of any aches and pains you may be experiencing.