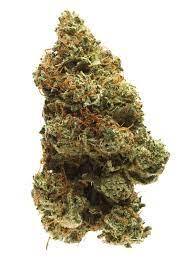 The Origins of the Sapphire Strain

Unlike other CBD-centric herbs with poorly documented lineages, the Sapphire strain has a relatively well outlined ancestry, stemming from two prominent heavyweight champs that have been around for decades. The first parent – Canna-Tsu – is a hybrid that also comes from two CBD-rich parents. The low-THC herb is one of the first to demonstrate such a strong CBD profile, making it something of a genetic backbone when it comes to the cultivation of CBD-centric varieties.

Then there’s the Cherry Thunderfuck. While this cultivar has been around for quite a while, it has yet to really pierce through the dense competition on the market. Nonetheless, cultivators found potential in its leaves which release a pungent aroma and ultra-long-lasting effects. It’s this reason that Cherry Thunderfuck was shortlisted as a parent strain – because it’s incredibly effective at manifesting benefits that stick around for hours.

The Sapphire strain gets its name from its cool, bluish undertone that recreates its overall look. With pale greens flushing its surfaces, the nugs take on a frosted aesthetic as a result of the cool, blue base tone. Topped off with an aggressive layer of trichomes, it comes as no surprise how the Sapphire strain gets its gemstone name. Under the light, the glistening fur can make the bluish clusters look like a stunning organic replica of its semi-precious stone namesake.

But more than its look, the Sapphire strain works to set itself apart by way of its aroma. The fragrance can be pleasant at the start, offering a delicate berry tone that resonates quite powerfully through a small space. But as the scent is left to settle, strong notes of skunk and earth pierce through, skewing the overall experience and making it a little less than pleasing for the average hemp buyer.

The Sapphire strain works much like any other CBD-centric herb. The rich chemistry is almost void of THC, which means that the strain will not clock any sort of cognitive or physical changes other than the relaxation that it provides. So you won’t feel sleepy, drowsy, or locked to your couch. Neither will you be spewing with an excess of vigor and vitality.

But what makes the Sapphire strain unique from its fellow CBD-rich varieties is that it lends a slight airy feel that clouds the thoughts for the first few minutes of the experience. This can be a great way to reboot your system at the start of the encounter, effectively washing away stress and cognitive clutter right before you jump back into the game.