Beautiful to look at, strong, and uplifting, Papaya Nights is a popular sativa hemp flower grown in Oregon. This flower is usually grown in an indoor environment. Growers tend to prune the Papaya Nights plant by hand, which results in a meticulously attractive flower.

One of the main reasons for Papaya Nights’ recent rise in popularity is likely its strength. Its CBD strength stands at a strong 17-20%, and with a total of 21.5% cannabinoids, this flower is certainly not on the weak end of hemp flowers.

The uplifting effects it brings to whoever uses it have become renowned among CBD enthusiasts across the United States, with many claiming that Papaya Nights is their favorite strain. We’ve done some research in an attempt to find out just why that is, so read on to learn everything you need to know about Papaya Nights. 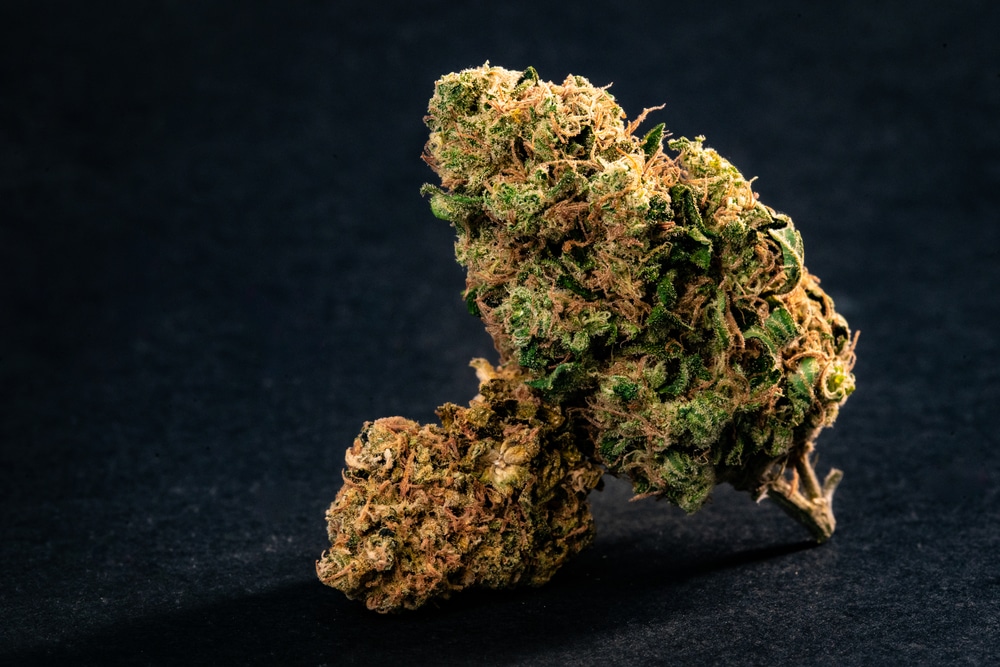 The Origins of the Papaya Nights Strain

If you have ever experienced the intense flavors and aromas of Papaya Nights, it probably will not come as a surprise to you that it actually has three parent strains: Mango, Citral, and Ice.

Mango strain weed is a slightly Indica-dominant hybrid and won third place in the best Indica category at the High Times Cannabis Cup in 2002. It later enjoyed a renaissance in 2009 when it was named amongst the publication’s best seeds of the year. It is a strain known for its wonderful tropical fragrance and enormous buds.

The Indica-dominant Ice strain gets its name from the dense trichome formations that occur on the leaves and flowers of the strain, with the initials of its name actually standing for Indica Crystal Extreme. The strain is high in THC and low in CBD, making it an ideal selection for some hardcore recreational stoning.

Citral is a potent, balanced strain that offers an uplifting high coupled with a relaxing body sensation. The combination of spicy and fruity flavors makes Citral a cannabis connoisseur’s delight.

Based on the details of the three parent strains of Papaya Nights, it is clear that anything that combines the positive aspects of all three is going to be the winner. When it comes to Papaya Nights, this is certainly true.

The best Sativa CBD flowers will look, smell, and taste just like the real thing. High-grade cannabis has been around for years in the form of THC-rich marijuana, but top-shelf CBD flower is much harder to get your hands on.

Papaya Nights, like many cannabis strains, contains the terpene caryophyllene. This contributes to an underlying spicy taste and a hazy aroma. Experienced users may also detect a faint citrusy aroma, which can be attributed to a compound in Papaya Nights called limonene.

Something that makes Papaya Nights stands out among its competitors is something called linalool, which contributes to the rich aroma profile by adding a scent of lavender. Interestingly, all three of these compounds are actually potent antioxidants, meaning they contribute more to the strain than just a powerful aroma.

When it comes to appearance, Papaya Nights is up there with the prettiest of flower strains. It has excellent bud density, which is a sign of good genetics and growth, indicating that the plant has been exposed to plenty of light.

The nugs also have a slight frosty appearance, meaning it contains plenty of trichomes. These little oil sacs on the surface of the plant contain active ingredients like cannabinoids and terpenes. The frostier the buds, the more potent the smoke will be.

Papaya Night’s nug also featured golden-red hairs called stigmas, indicating the plant has been through its full growth cycle. These stigmas are usually only found on the healthiest of hemp plants.

According to the many users of Papaya Nights, the experiencing of smoking the strain is up there with the best of them. The energizing effects of this overwhelmingly Sativa-heavy strain of hemp seemingly offer a delicate balance with the inherently relaxing effect of CBD.

Interestingly, Papaya Nights will probably not result in the user experiencing a flight of creative fancy like some other strains of Sativa-dominant THC, but it also will not provide the feeling of slowness or tiredness that is commonly experienced when using Indica-dominant strains of CBD.

Many users report that the effects they experience when vaping Papaya Nights CBD flower are practically indistinguishable from those they experience when smoking a joint containing the same strain. Supposedly, vaping the flower will result in more energy, but this may also depend on the user.

The energizing effects experienced after smoking Papaya Nights will likely last about half an hour, while the relaxing effects that come with all strains of CBD will probably persist for around an hour in total. Overall, Papaya Nights is a popular strain of hemp flower that provides the user with a pleasant experience.