With a cannabinoid content that pushes 25%, the Magic Bullet hemp strain is literally 1/4 CBD. This makes it a top choice for buyers who want nothing short of the highest level of therapeutic release and relief. Aptly named ‘Magic Bullet’, this strain comes in a small sized nugs that give a quick dose of comfort shortly after a toke. Fast-acting and long-lasting, the Magic Bullet strain can be the perfect solution versus a day of long and dreary responsibilities. 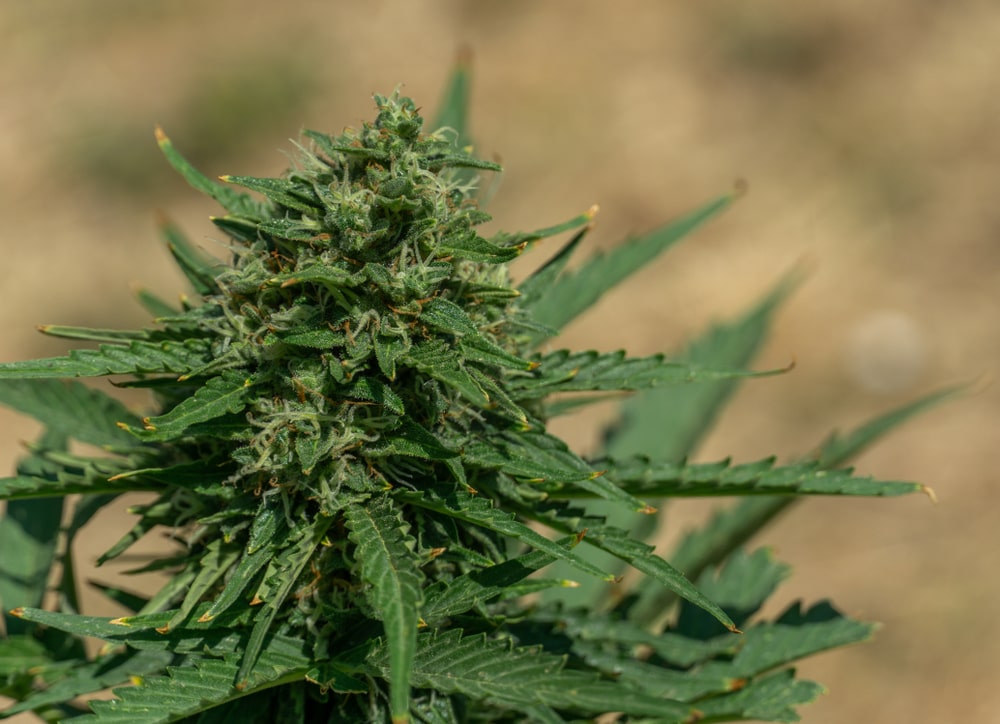 The Origins of the Magic Bullet Hemp Strain

The common misconception about CBD-dominant strains is that they have to be cultivated from CBD-dominant parents. But that’s not actually the case. The trick to getting a crop to express a high level of CBD would be through careful cultivation techniques. That said, any herb can become a CBD-rich harvest, and that’s precisely what the Magic Bullet is all about.

The Magic Bullet lineage is composed of the average, everyday hemp variety. The Otto II is a calming cultivar that puts its user into a state of relaxation without completely wiping out cognition or physical independence. The Wife on the other hand, is a hard hitting indica that takes complete control of your being – kind of like your wife. Both aren’t necessarily CBD dominant, but with the right cultivation practices, both parents bore a CBD rich child.

Just a glance at the Magic Bullet makes it pretty obvious where the strain gets its name. Small and compact, the little bullet-like nugs are packed tightly, creating dense clusters that can be tough to break apart. On the surfaces, a bountiful layer of trichomes consumes the leaves in absolute reckless abandon. These hairs blur out the colors underneath, and make the nugs look as though they were taken from the frozen floor of a winter forest.

Magic Bullet nugs will release a fine, piquant aroma that traces through the olfactories as it passes into the lungs. The spicy, ginger-like fragrance leaves a palpable scratch as you take a whiff, and this should give you an idea as to how the smoke itself will behave once you take a toke. Underneath the spicy foreground, hints of flower and tea pierce their way through, but not enough for a less experienced user to detect.

The Magic Bullet strain sets itself apart from other CBD-dominant herbs by way of its fast acting chemistry. Literally like a bullet, this herb shoots directly into your system to imbue your body with its impressive effects in record time. The calming benefits are almost immediately felt, which is why many people who suffer from feelings of stress and worry choose the Magic Bullet strain as a go-to for acute episodes of nervousness and tension.

Aside from being a relatively fast acting herb, Magic Bullet’s effects also tend to stick around for a reasonably long time. For you, that means enjoying the benefits of calm and clarity without having to take a second dose. This makes it yet another ideal choice for individuals on the go, and those who might not have time between tasks to slip in a toke.