The Harlequin CBD hemp flower has gained a lot of traction as an ideal strain for low-tolerance users, and for good reasons. For starters, the sativa-leaning strain will typically boast the same CBD-to-THC ratio regardless of where you buy it, making it a great choice for those who want consistent results with every use.

The strain also offers well-balanced effects that relieve and relax without causing sedation or even the slightest psychoactive effects. Its boost of energy is just enough to heighten productivity and motivation, but not excessive so as to cause sleeplessness or restlessness. So when all things are considered, Harlequin can be a really well-rounded strain.

Where Does Harlequin Come From?

Harlequin is the descendant of a range of different iconic strains. One of its parent strains – the Colombian Gold – one of the most beloved base strains for a range of other cultivars currently considered industrial hemp flower breeds. This ancient landrace strain has been around for decades, or even centuries, making it one of the most authentic strains available on the market.

The Colombian Gold combined with two other landrace strains from Switzerland and Thailand, and finally another indica strain from Nepal result to the Harlequin strain. This well-balanced, controlled, and centered strain is known well for its easy effects that don’t overpower the system and don’t sedate beyond control.

Strong yet controlled, the Harlequin’s effects are coveted by lots of users who don’t like getting lost in the overwhelming potency of other strains. The strain starts off slow, gradually developing over time and easing the user through a slow transition towards relief. The effects start at the head, relaxing the thoughts and allowing a sense of calm to take over the user’s cognition.

The calm gradually works its way throughout the body, eliminating fidgets, tension, and other physical nuances that might keep the system from complete calm. But even with the deep state of controlled relaxation, the strain doesn’t cause any drowsiness or sleepiness. Unlike other strains that push the body so far into calm that they push the person to nod off, Harlequin simply relieves what causes distress so that the person can enjoy relative calm with sedation.

Others might notice a slightly enhanced mood and a higher level of energy, but Harlequin’s effects will all generally be subtle. In effect, the strain simply makes you feel good minus the extreme sedation or the psychoactive effects. 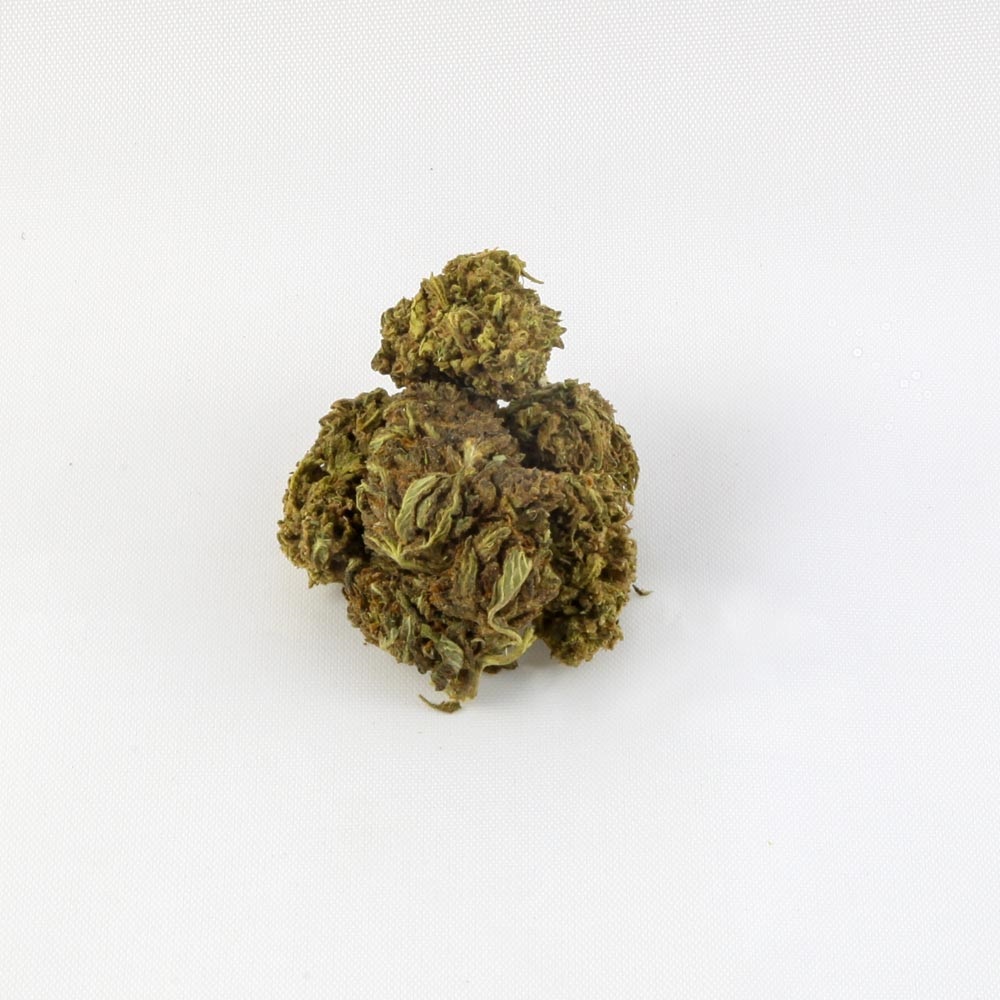 The Taste of Harlequin CBD

Harlequin tastes exactly how you would expect CBD to taste. The earthy, woody flavor comes off strong on the first toke, wrapping your taste buds in the taste of bitter soil and grass. Behind the thick bitter smoke, a subtle floral flavor takes presence. It’s mild and gentle to say the least, and it doesn’t really make itself known unless you take the time to really feel around for it.

While the Harlequin’s taste isn’t quite as distinct or pleasant as that of other strains cultivated for flavor, it’s not the most unpleasant either. So low-tolerance users who want controlled effects and reasonable taste can find everything they need out of this popular strain.