Another up-and-coming CBD dominant herb, the Fiona strain touts a chemistry that’s over 23% CBD. But more than that, this cultivar is also known for its impressively low THC levels that sit way below the threshold indicated in the 2018 Farm Bill. Thus, with impeccably high CBD content and a negligible THC concentration, the Fiona herb delivers powerful therapeutic benefits that make it a contender for users who enjoy hemp for its benefits minus the clouded thoughts and incapacitated body. 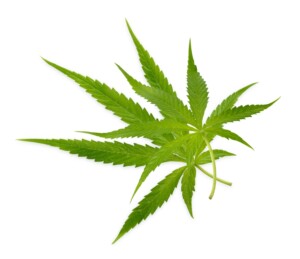 The Origins of the Fiona Hemp Strain

With such a large number of strains hitting the market, it’s becoming harder and harder to keep track of where each one comes from. This is particularly true of strains that come from humble cultivators who have yet to establish themselves as a formidable entity in the hemp industry. That’s why many of the fresh faces on the hemp scene rarely have an outlined lineage.

The same goes for the Fiona herb. While it has earned quite a reasonable reputation as a CBD dominant hemp variety, there’s not a lot of information as to where it comes from. Some experts speculate that the Cinderella 99 might have had something to do with its genetics, but there should be at least one other herb in the genetic mix.

Fiona nugs are small, compact, and perfectly round, making them look like little globes of organic matter. The bright green leaves are highlighted by spewing orange hairs that pierce through the crevices and entangle the nugs in a beautiful gradient of red, orange, and yellow. All over the surfaces, a beautiful layer of dusted white trichomes make it look like frost has settled on the leaves. With just the right light, these little hairs will glisten with the glorious sticky resin that gives the nugs its chemical potency.

The Fiona strain comes out with a delicate floral scent that’s laced with hints of pine and herb. Like the floor of a lush forest drizzled with dew, the organic aroma can be soothing and calming, leaving you wanting to stick your snout in the jar to enjoy the earthy goodness. Towards the tail end, a trailing scent of burnt wood seeps into the profile, but it’s nothing too overwhelming that a low tolerance user wouldn’t be able to handle. 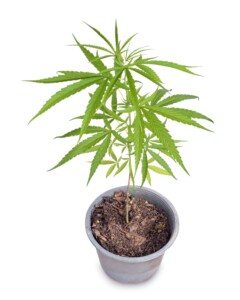 Fiona’s smoke is light and easy, trickling through the throat and lungs with relative ease. The taste remains the same throughout the smoke experience, making it a hit among low tolerance users who don’t want to be caught off guard by a flavor that’s too different from its aroma. The effects are similarly straightforward and easy, allowing the herb’s chemistry to take over before you even know it.

Like a switch going off in your head, the herb’s cannabinoid content turns off all stress and negative thoughts. With the production of happy hormones sent into overdrive, you should feel light and comfortable, without a care in the world. On top of the carefree mentality, the Fiona hemp strain promises to give you an ache-free system that can get you moving without the discomfort.