Need a mood boost? Euphoria’s here to make a change. Named after its powerful effects on disposition, the Euphoria strain grabs attention with nothing more than the name plastered across its jar. Uplifting, heightening, and soothing, this calming CBD-rich hemp variety can be the perfect go-to for those moments when you just can’t find the drive to smile. Giving you a total mood reboot, the Euphoria strain can give you just the right energy for a party or for a job interview. 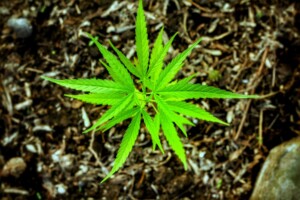 The Origins of the Euphoria Strain

An indica dominant herb, the Euphoria touts impressive awakening effects that are perfectly balanced with its calming chemistry. That said, it acts almost like a sativa, despite its chemical composition claiming indica territory. This is the result of the strain’s parentage which tug at either ends of the spectrum.

Shark Shock is your average, run-of-the-mill indica, delivering soothing body-centric effects that work to relax and calm the system. With a slightly higher THC than the average hemp strain, the herb is known for its powerful mind-melt feel that really subdues the cognition. This is opposed to the Royal Medic herb. A 75% sativa-biased pick, this variety awakens the senses and touts an impressively high CBD content that’s responsible for Euphoria’s genetics.

To be perfectly honest, there’s nothing especially noteworthy about the Euphoria appearance. Plain and simple, the strain’s aesthetics combine the basic hemp qualities. Flat with typical green gradients, the Euphoria herb’s trichomes are the only real stand out quality that the herb showcases on the surface. Fortunately, its name makes up for the lack of physical distinction. So if its look doesn’t reel you in, it’s name tag just might.

The Euphoria strain is one of the many that prove there’s more to hemp than meets the eye. While its look might scream plain Jane, the herb’s aroma is a burst of blissful notes swirled together in one oflactory masterpiece. Its strong fruity aroma is mixed in equal parts with spice, tracing an outline of fragrance as your snout sniffs up the glorious blend. Notes of herb and sandalwood definitely punch through on the tail end, but more experienced veterans should be able to detect the hints all throughout. 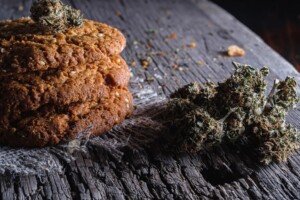 Euphoria kicks it off with a gentle body buzz that sends a tingling vibration throughout your spine and limbs. This initial feel washes away physical aches and discomfort, giving rise to a light and floaty feel that’s free from any sort of bodily negativity. But once that settles in, the real show starts.

The herb is named for its ability to turn around a sour mood, helping users experience carefree well-being that’s completely void of the negative air of clouded thoughts. With a brand new outlook and disposition, you should be able to engage in a range of social activities. Euphoria’s effects are also known to last for a few hours, so it really does make an ideal choice if you’re anticipating lots of interaction.