An outstanding strain winning prestigious awards since its conception in 1993, Bubblegum is one old school strain that has stood the test of time. An Indica-dominant hybrid, it boasts of a smooth and balanced high with an uplifting energy that is not overbearing but calm and relaxed. Its long list of awards is a testament to its effects. Hemp enthusiasts of old and new will enjoy this cannabis jewel.

As a little rundown of its accolades, Bubblegum won two awards in its first Cannabis cup in 1994. It then garnered two runner-up finishes in the High Times Cannabis cup a year later in 1995 and entered the 2000s with another first-place win at the Spannabis Cannabis Champion’s Cup in 2005 and a silver in the same competition in 2007. Through the years, it has proven to be the standard of hybrid strains around the world.

Its name is a true reflection of its aroma and flavor. The sweet bubblegum taste will lure you to try it and once you experience it, its effects will make you come back for more. 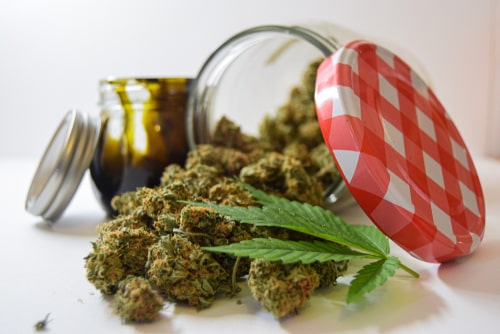 Origins of the Bubblegum Strain

It was originally derived from Indiana Bubblegum, but its subsequent phenotypes have remained unknown. Clone strains found their way into the hands of TH Seeds. This group of Amsterdam breeders have since then cultivated it into the balanced strain that it is today.

They have attributed the folklore behind its name to its sweet, bubblegum flavor. However, hemp aficionado circles have long talked about the so-called real story behind its name. It is said that the original breeders used to stick nugs under bar tables as you would with gum, as a tip to their bartender.

What started in Indiana back in the 1970s was consummated in the early 90s when Bubblegum was released in the market. The rest, as they say, is history. Famous for its potent euphoric high, it is has maintained its relevance over the years because of its relaxing effect in these especially stressful times.

With a name like Bubblegum, one would expect it to smell and taste like its moniker. It doesn’t disappoint. It is reminiscent of the classic bubblegum flavor most of us fell in love with as kids. The aroma is deliciously sweet, like candy with floral and earthy notes.

Its creamy smoke tastes delightfully sweet, matching the equally enticing scent. Bubblegum is a treat to the gustatory senses. It is a beautifully made concoction that tastes like sweet berry candy and the characteristic gum flavor. It leaves a welcome aftertaste of tropical fruits which adds to the fandom behind the strain. Bubblegum’s aroma and flavor will remind you of your childhood and give you chill vibes all over.

Bubblegum is a relatively short plant that ranges between 120 to 160 centimeters. It looks a little different compared to other strains. It does not grow wide; it has less side-branching than other cannabis strains. In this regard, it needs to be clipped to regulate its height. TH Seeds have described the plant’s frame to be “soldier-like.” One can imagine a soldier standing straight with his hands firmly on his side.

The buds are a deep forest green covered with bright orange pistils. The plant is covered with a crystal blanket of trichomes all over, giving it a frosted look.

Bubblegum is a rather straightforward plant to grow. Experienced breeders can successfully grow it indoors or outdoors. A factor to consider, especially for novice growers who prefer an outdoor arrangement, is the plant’s sensitivity to molds. An outdoor setup requires a dry and sunlit environment for the plant to mature properly. This system allows for a mid to late October harvest with a 14-ounce yield per plant.

Its short stature makes it ideal to be grown indoors. It especially thrives in an indoor setup using the Sea of Green method. Because of its sensitivity to rot and molds, activated charcoal can ensure the dry environment inside. The flowering time for this arrangement takes 8 to 9 weeks and a harvest of 16 ounces per plant.

TH Seeds have mentioned that Bubblegum’s yield can significantly be increased by up to 50%. This is possible if a combination of the Sea of Green method is used with C02 canisters and if the plant is given macronutrients during cultivation.

Bubblegum gives a full-bodied euphoric high that relaxes both the mind and body which is undeniably its Indica nature at work. The Sativa side comes out when mental clarity kicks in and creative juices start flowing. Many enjoy this hemp strain because of its balanced profile. It ushers in a stress-free state of mind.

Let’s inspect the Bubblegum strain experience. As an Indica-dominant hemp, it is bound to give relaxation and, for some, couch-lock. If this is your usual reaction to these types of strains, it is best to take it at night or during days when you just want to chill at home. The body melt is coupled with an uplifting high that will render positive thoughts and a cheerful disposition.

The Sativa in the strain is not over-powering. It allows for an inspired and focused cerebral high. For creatives, this can get the brain’s imaginative process going. Users say that it can soothe the body and clear the mind. While there is a possible couch-lock, depending on how much product you take, on the average, Bubblegum will not make you sleepy. On that note, the relaxation feels like a gentle muscle massage to the body.

Aside from its recreational use, fans of this strain enjoy many of its benefits. The regularly stressed, those that feel the blues often, or the consistently agitated, can significantly appreciate the effects of this strain. It’s a mood booster and relieves pessimistic thoughts. It can help with de-stressing after a long day which ultimately aids in sleep.\ 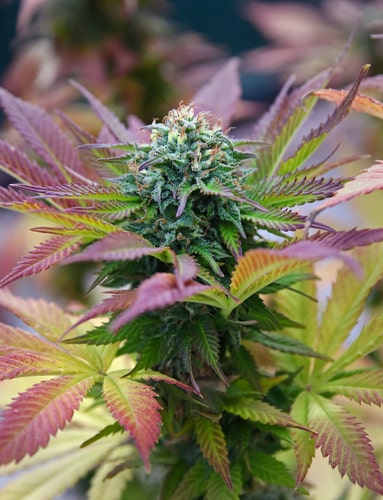 The body melt provides relief for the exhausted. The euphoria is a welcome respite for those that are both physically and emotionally drained. Bubblegum can also trigger the munchies, which can help those who have lost their appetite for whatever reason. It makes you sit down on the sofa and enjoy your favorite snacks while feeling happy and calm. The strain’s ability to uplift and relax makes it a great night time hemp option.

Bubblegum is a wonderful strain. Its awards should already speak for itself. This is a perfect example of a well-balanced hybrid. Truly a great hemp strain that has remained a favorite over the years. It tastes good, especially if you love a sweet-tasting smoke. It smells like childhood, and its effects are topnotch. The Bubblegum experience will take your relaxing high to different heights!

It’s a great strain to enjoy after a long and tiring day when all you want to do is to kick back and relax at home. Light up some candles or watch a marathon of your favorite TV series. Make sure you have your favorite snacks beside you and wind down. Bubblegum is the friend that calms you down and lets the positive vibes through. It’s the friend that clears the head off of negativity and uplifts. We all need that friend in our lives.