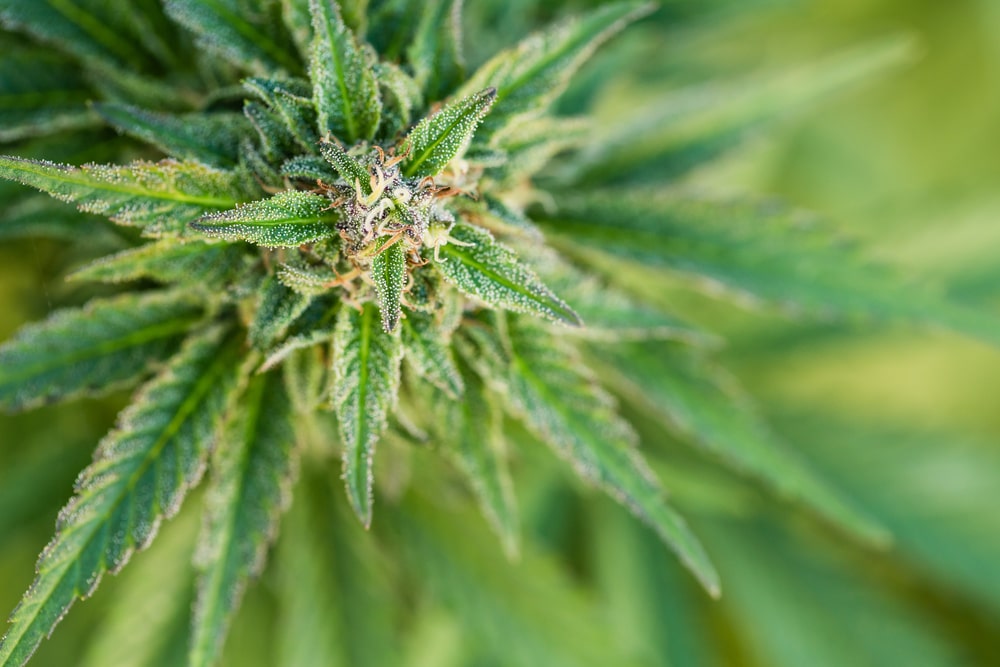 The controversial G13 cannabis strain is one that remains surrounded by conspiracy, even to this day. The focal point of gossip and intrigue, the G13 cannabis cultivar owes most of its popularity to the stories that have been stirred about its origins. Now, whether these stories are actually true remains to be unknown. But what we do know is that even without the dramatic backstory, G13 is pretty damn lit.

With genetics that are biased towards the indica side of the spectrum, G13 promises effects that hug you with controlled calmness, perfect for soothing a tired body and mind. And while flavor isn’t its forte, the G13 strain makes up for it with potency, clutching your system in its death grip of tranquillity and pushing you into total submission for hours on end.

Origins of the G13 Cannabis Strain

Believed to have come from the top-secret labs of the CIA and FBI, the G13’s history remains shrouded in mystery. According to anecdotal records, G13 was a project conducted by secret segments of government agencies in the hope of fully understanding the chemistry of Cannabis. Taking the most prominent Cannabis cultivars on the market, these groups developed what they thought to be the most powerful Cannabis strain based on genetics, and that was the G13 strain.

Hidden deep within the laboratories of these government researchers, G13 was kept under wraps for decades since the 1960’s, during the advent of the war on drugs. But spies that worked with the researchers managed to conduct an inside job to leak the G13, and they successfully came out with a single clipping from the grown G13 plant. From there, the plant was propagated and sold, and today, it has turned out to be one of the most highly sought-after herbs on the Cannabis market.

Whether or not any of that is true is one of the biggest questions for many Cannabis heads. But regardless of the controversy, the question of G13’s origins remain a complete mystery, and there are presently no leads on what parent strains came together to develop this monster of an indica. 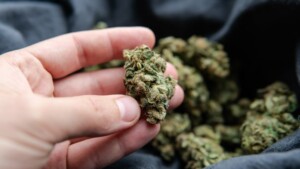 To be perfectly honest, the G13 strain has a flat, unsurprising aroma. Fruit, citrus, and some sweetness shine through, with a blanket of bitterness underlining the foreground notes. But other than that, there’s not much else to the way that it smells. In many ways, its basic aroma might cause a few eyebrows to raise here and there, especially since its history is so intriguing. Nonetheless, those who venture on to explore G13 despite its lack of aroma find that its true nature lies in its effects.

On the surface, G13 is the quintessential Cannabis stock image. Its glorious greens blend together with browns and purples, and all over the exterior are beautiful orange tendrils that encase the nugs in a gentle, delicate embrace. A closer look brings out a jacket of trichomes, all drizzled in cannabinoid-rich nectar that oozes from the fuzz. 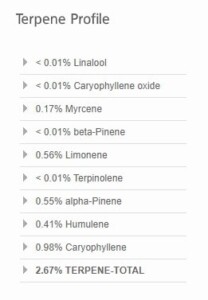 Now, this is where the G13 shines. Flavor wise, the same notes from the cannabis strain’s aroma make themselves known through the herb’s smoke. Some fruit, some berry, and some sweetness delicately graze over the taste buds with an overpowering blanket of bitterness painting the tongue. For less experienced low-tolerance users, the flavor profile can be described as overwhelming, which may deter them from taking a second toke.

But that’s totally fine, considering the powerful effects of the G13 strain. Even a single, hearty drag can be more than enough to bring out the strain’s powerful outcomes. Working rapidly, G13 takes a hold of your mind, violently shaking out any thoughts or emotions that might be eating away at your mind. The result is utmost clarity and silence, leaving you with a mind that’s void of any distress.

The strain then gets to work on your body. Making your limbs feel heavy and limp, G13 pushes you to the nearest seat so you can rest your body as it takes away discomfort. Encroaching on your bodily control, G13 might also make you feel a little numb, forcing a powerful tingle to course through your body. 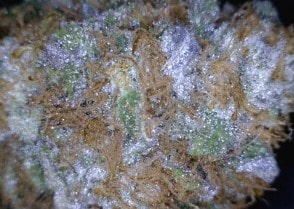 The G13 strain is one that isn’t exactly the easiest to grow. Requiring very specific environmental conditions to reach its maximum potential, the strain takes as much as 12 weeks to achieve maturity. If anything, you need to make sure that your plant gets enough sunlight and heat to prevent it from dying and withering away.

But despite being rather temperamental, G13 does make up for it with an abundant harvest. The plant produces around 6 ounces of bud for each foot that it grows, and it reaches heights of about 6 feet, so there’s definitely a lot to gain out of its cultivation.

If you’re thinking of producing your own line of cannabis-derived products, the G13 strain also proves to be a viable choice. Its powerful chemistry is a reflection of its potent cannabinoid profile, making it a truly ideal choice for those highly effective extracts and concentrates.

G13 is one of the most powerful indica strains currently on the market, loved and feared for its commanding effects that take complete control of the system. For that reason, it makes a better choice for veterans who have already had previous experience with potent cannabis strains that aren’t for the faint of heart. Flavor wise, the G13 strain can be well tolerated by most individuals, even rookies, and its bitterness rarely ever reaches unreasonable heights.

In terms of growing, G13 might be a better pick for farmers who already have some experience cultivating cannabis. Being that the strain does have very specific growth requirements, the G13 strain will likely be a difficult first growth for rookie cultivators who aren’t entirely aware of how cannabis grows. Nonetheless, the strain does hold promise for those who want to process the cannabis and turn it into extracts and concentrates, especially because of its potent nature that further heightens the benefits of cannabis-derived products.