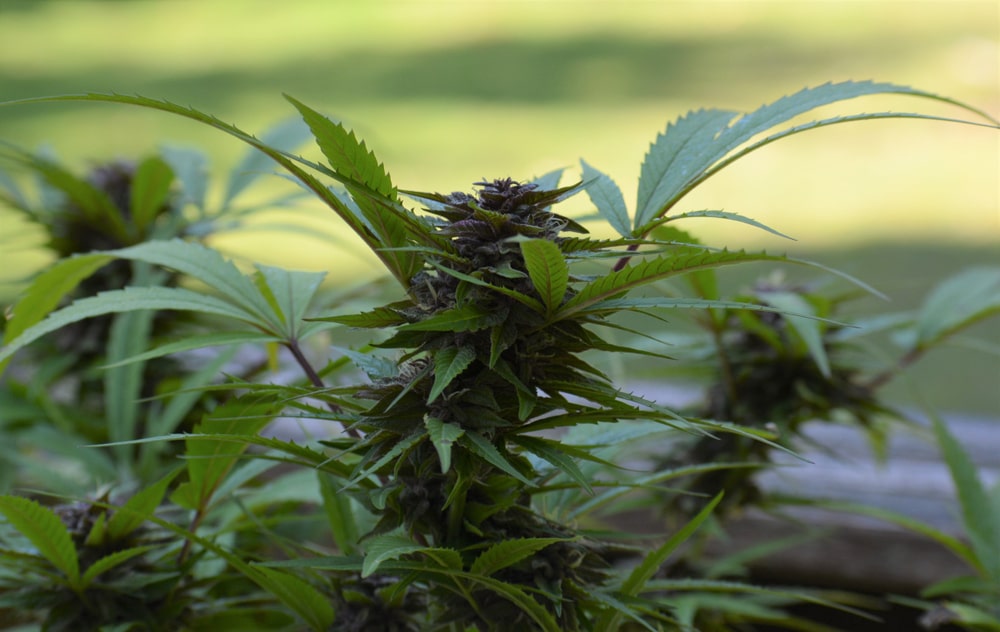 Do-Si-Dos, and away we go! Sweeping you off into depth of calm and relaxation you’ve never felt before, the Dos-Si-Dos strain makes its mama proud with its intensity and fast acting effects that cradle the body in sweet, blissful wellness. Touted for its high-grade numbing benefits, the Dos-Si-Dos strain is the epitome of relief and is often the object of fond preference for users who enjoy cannabis for non-recreational purposes.

Able to clear away a plethora of daily discomforts that involve both mind and body, this strain activates a full-on body melt that dissolves stress and tension so you can experience total repose from anything and everything that might be beating down on your body. So, if you were looking for an escape from the nastiness of feeling and being unwell, the Dos-Si-Dos strain is here to turn things around.

The Origins of the Dos-Si-Dos Strain

What’s interesting about the Dos-Si-Dos lineage is that you can easily trace it back to its landrace origins. While it doesn’t directly descend from a landrace, the herb’s ancestors are the grandchildren of landraces, making the family pretty direct and easy to decode. That said, the Dos-Si-Dos doesn’t disappoint its lineage, offering the same potent benefits and effects that you would expect from a strain with such prominent heritage.

The Face Off herb is one of two parents that make up the Dos-Si-Dos combination. A phenotype of OG Kush, this hyper calming variety tastes almost exactly like its parent making them immensely difficult to tell apart based on flavor and fragrance alone. Another thing is that Face Off delivers slightly more offensive effects, crushing the body under the weight of its intense relaxation.

Then, there’s the OG Kush Breath. A 90-10 indica-partial hybrid, this cultivar offers a peppery citrus flavor that’s laced with hints of delicate herb and earth. Its pretty good at calming the body and mind, but like the Dos-Si-Dos, its non-recreational benefits are the star of the show. Used for its advantages against all sorts of discomfort, this herb guarantees sound sleep and utmost relief from almost every distress.

Dos-Si-Dos captures the attention of its buyers with its impressive colorway that makes the herb look almost like its burning. The bright orange nugs are highly saturated in colors of yellow, brown, and orange, further exaggerated by the wispy tendrils that look like licks of flames emanating from the central mass. Break apart the leaves, and inside you’ll find darker areas that tout greens, browns, and even deep purples all splotched together in reckless fashion.

Because of the bright colors, it’s easier to see the trichomes on the surfaces of the Dos-Si-Dos herb. The fuzzy expression produces a thick resinous substance that contains all the coveted chemistry that the Dos-Si-Dos herb is beloved for. And with such a strong trichome presence, this herb generates an abundance of resin that makes it a model choice for extraction and canna-based product development.

Once you get a good look at this herb, there really is no way to escape the desire to stuff your snout into the jar. And when you do, the strong aroma of soothing lemonade rushes out to meet your nostrils. Calming and balanced, the fragrance is very prominent, yet almost melodious. Without overwhelming your olfactories, the strain’s aroma pushes through the air, harmonizing with pepper and herb to relax you right from the start of the entire encounter.

The Dos-Si-Dos smoke can be especially pleasing, which is why many users are prone to overindulgence. But be cautious – while its soothing flavor can be a wonderful experience for your palate, its chemistry won’t be too forgiving if you manage to take more than you can handle. That said, a puff or two should suffice to give you the therapeutic benefits of the strain without overpowering your body.

At first, you might feel relatively unchanged by the strain’s genetics. Don’t take this as a signal to drag more and see if you didn’t take enough. The variety is naturally slow acting and may take a few moments to really showcase its effects. The first thing you should feel is a buzzing sensation that travels upwards through the spine, resonating throughout the limbs.

This then evolves into a body-melt that dissolves all sensation, bringing your breathing to a slower rate as the rest of your body is released from every discomfort. The mind is clouded and the system starts to function at bare minimum. All together, the experience can be a wonderful escape from severe distress and discomfort, and may even help you experience healthy levels of hunger as it drives your desire for sustenance to a sustainable high.

Dos-Si-Dos is a relatively easy strain to grow. Almost like a weed (no pun intended), this stuff just grows where you plant it – given that there’s enough sunlight and not a lot of humidity or cold. What’s even more likeable about the plant is that it takes no more than 6 weeks to reach maturity. So if you were hoping to get your hands on your harvest in the shortest time possible, the Dos-Si-Dos variety might be a good choice. Keep in mind though that yields will average just around 4 ounces for every square foot of plant, and because they’re not the tallest at just 3 to 4 feet, you might not be looking at industrial-level returns unless you’re using acres of land.

The Dos-Si-Dos strain is a heavy-handed choice that really works hard to give you a dose of relief. It works so hard in fact that it might not be handled will by a user who’s not entirely accustomed to hard hitting indicas. On that note, it pays to be wary of the strain’s flavor. While it might agree with your palate to a tee, taking more than you can handle can have you knocked out cold for extended periods of time.