Do Hemp Seeds Have CBD?

The hemp seed oil has made quite the name for itself in today’s competitive herbal products market. Containing a rich combination of various antioxidants and organic compounds, hemp seed oil finds its purpose from skincare to natural wellness.

Needless to say, the ‘hemp’ part of the hemp seed oil name plays a major part in its popularity. But despite the close association between hemp seed and hemp itself, they don’t contain the same compounds. So if you’re copping hemp seed oil for its CBD content, here’s some news you might not be too enthused to hear.

What are Hemp Seeds?

Hemp seeds are precisely what they sound like — they’re the seeds of the hemp plant. Back when hemp was lumped together with marijuana and subsequently banned in 1937, lawmakers made sure to include hemp seeds in the clause.

That’s because no one wanted civilians to cultivate hemp illegally, so they restricted access even to the seeds. With the passing of the 2018 Farm Bill, however, hemp and hemp seeds became federally legal, allowing US citizens to access both products without many limitations.

Throughout hemp buds, you’ll find small, corn kernel-sized seeds. These brown pellets are particularly hard on the outside but are soft and green on the inside. According to research, these inner kernels contain a rich collection of organic compounds that may provide benefits to human health.

Do Hemp Seeds Have CBD?

Technically, they do contain CBD. But the problem is that the amount of CBD in hemp seeds just isn’t enough. According to studies, hemp seeds contain about 7.19μg/g of CBD. So although it does contain some trace amounts of the coveted cannabinoid, the concentrations just aren’t sufficient to produce effects.

Some researchers have also found that hemp seeds contain even lower amounts of THC and other cannabinoids. However, just like its CBD content, the amounts of these compounds are so low that it’s better to just take them from the plant itself.

On the other hand, hemp seeds have been found to contain a cocktail of other organic compounds. These include:

Today, hemp seed oil exists on the shelves of almost every wellness and skin care product specialist. That’s because the oil has taken its place alongside other popular carrier oils like virgin coconut oil, jojoba oil, and argan oil, which all play a role in keeping hair and skin looking vibrant and healthy.

Numerous studies support the benefits of hemp seed oil especially in maintaining healthy hair and skin. But that’s not all the oil is said to benefit.

Here are just some of the proposed effects and uses of hemp seed oil: 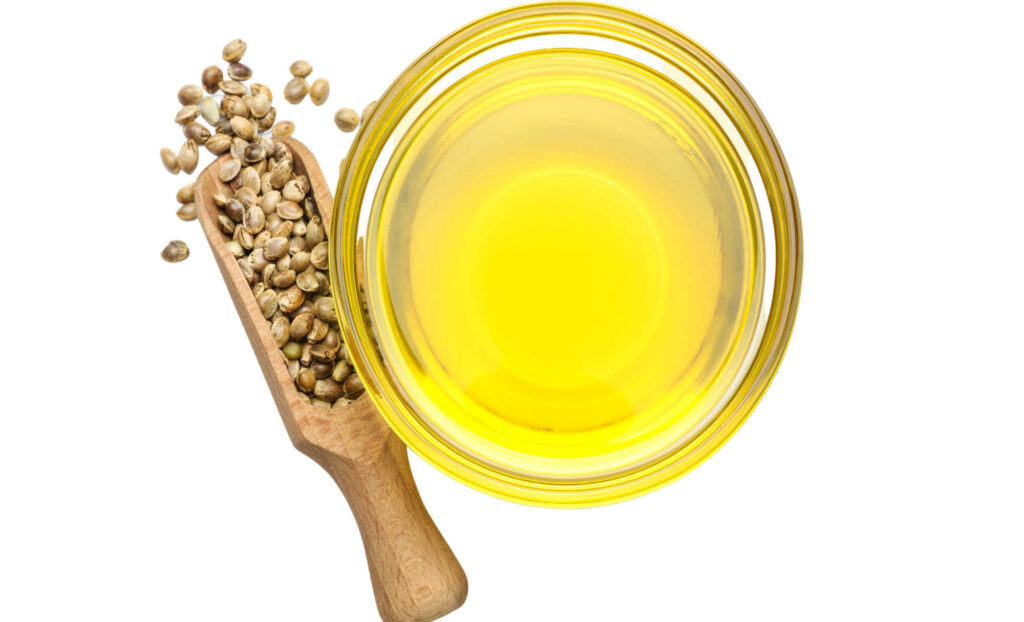 Some people will freak out upon hearing that hemp seed oil contains THC. But it’s important to consider how much THC it contains. At less than 1.5μg/g of THC, the amount of the psychoactive compound in hemp seeds is next to non-existent.

In fact, even downing a whole bottle of hemp seed oil would produce zero mind-altering effects simply because there’s just not enough of the compound to cause any palpable changes.

It’s also important to remember that hemp was made legal for a reason. Researchers discovered that hemp itself — despite coming from the same plant as cannabis — doesn’t contain enough THC to cause psychoactive effects.

With just 0.3% THC or less in all of the hemp plants, activists and advocates were able to prove that hemp isn’t like marijuana and isn’t a mind-altering substance. Thus it follows that the seeds also don’t contain enough any cannabinoid to produce such effects.

Yes, the hemp seed oil is federally legal especially since the oil doesn’t contain sufficient THC to attract any attention from the authorities. But then, the seeds themselves might not be as easily accessible.

The issue that lawmakers see with hemp seeds is that they have the potential to grow into hemp plants. The first problem there is that hemp plant cultivation requires permits. So not everyone should be able to grow hemp plants.

The second is that improper techniques when cultivating hemp could lead to an increase in THC expression. That simply means that an inexperienced farmer could possibly produce cannabis instead of hemp if they didn’t really know what they were doing.

So yes, technically, hemp seeds are federally legal. But there are some localities, cities, and states that have levied their own laws and regulations to control the use and sale of hemp seeds in their area.

It would be in your best interest to check on those local laws first before you try anything with a packet of hemp seeds.

Nope, hemp seeds don’t have CBD. But that’s not what they’re popular for in the first place. Rich with an array of natural compounds, antioxidants, vitamins, and minerals, hemp seeds have found purpose throughout other segments of the wellness industry.

So while you might want to stick to hemp flower for your CBD needs, your hair, skin, or health might benefit from a dose of hemp seed oil every now and again.