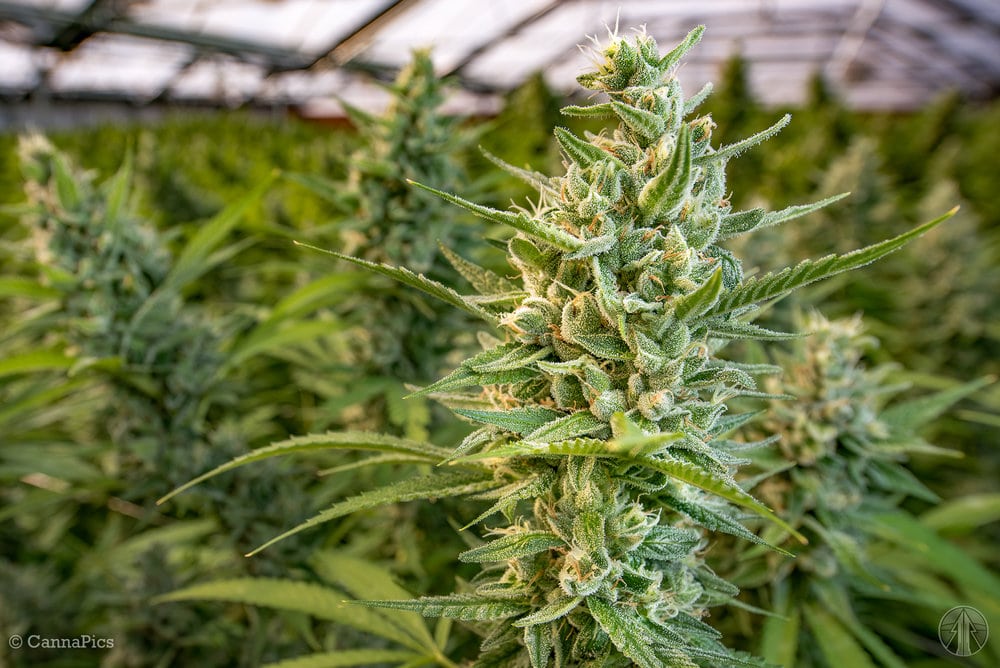 The force is undeniably strong with this one. Named after the famous military battle stations from the iconic Star Wars franchise, the Death Star cannabis strain doesn’t have the power to blast planets to bits. But it does have the power to bring your body into a galaxy far, far away. With its slow-moving buzz, this cultivar promises to explode happy hormones throughout your system to give you an unmatched feeling of well-being – both in mind and body.

Bred and popularized in Ohio, the Death Star strain has earned quite significant popularity throughout the market. Its distinct aroma, lip-smacking flavor, and sock-knocking impact makes it a humdinger of a cultivar with effects that are out of this world.

The Origins of the Death Star Strain

Death Star gets its killer genetics from a beloved classic and an unsung hero from the formative years of the cannabis industry. The first ancestor – Sour Diesel – has parented hundreds if not thousands of other cannabis cultivars. With distinct flavors, a skunky citrus aroma, and gloriously archetypal sativa leaning effects, the Sour Diesel strain is a favorite among farmers and breeders who want to bring out the best of their hybrids.

The second strain is the lesser known Sensi Star which has been around just as long as Sour Diesel. Having won countless awards from 1999 to the early 2000’s, this strain is critically acclaimed and has developed for itself a dedicated cult following. With effects that lean more closely to the indica side of the spectrum, Sensi Star invigorates the cognition with its light and airy outcomes.

Together, these two strains combine to create the indica-dominant Death Star. Flavor-wise, the strain closely resembles its Sour Diesel ancestor, but in terms of effects, Sensi Star shines through with its indica benefits that knock out the mind and body for full-on relaxation. 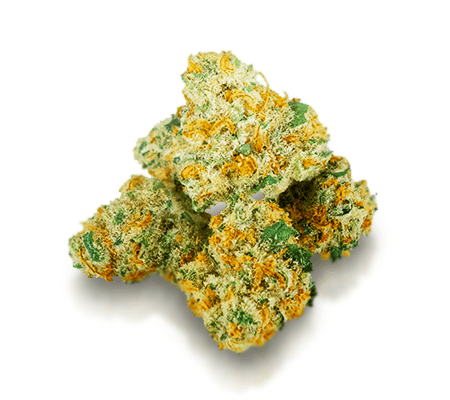 From your vantage point in front of your favorite dispensary’s display, the Death Star strain might make itself known and catch your attention with its color and glitter. The golden nugs glisten and shine in even the most dimly lit of cannabis retail outlets. As though encrusted in star dust, the leaves provide a dazzling display, drawing you into its intricate trap with its beautiful exterior.

Once the strain nabs your awareness with its eye-popping good looks and you ask your friendly neighborhood budtender to crack open the jar, the strain draws you even closer with its symphony of scents. Coming at your nose with full force is the clarifying fragrance of spicy pepper which enters the scene all guns blazing. The invigorating aroma, blending together with citrus and herb, create the perfect blend for sinus clarity.

All in all, the Death Star strain provides a sensory experience that involves every inch of your being – grabbing you with its visual appeal and locking you in with its delicately fragrant leaves and resin. 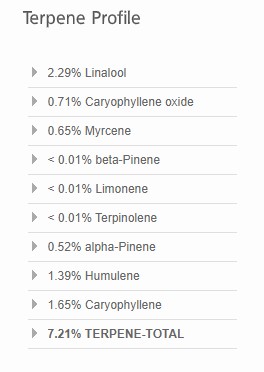 Like a laser beam heating up for impact, the Death Star strain takes its time so you end up lowering your guard thinking it won’t be too overwhelming. The experience starts off with the perfectly balanced flavors, combining herb, citrus, and pepper to awaken your body and give a minor energy jolt. The tail end of the experience showcases the classic gasoline punch, characteristic of its Sour Diesel parent strain.

Slow to take effect, the strain might make you feel like you need to take an extra toke to experience its power. But take heed – Death Star hits the mind and body all at once. So taking a dose that’s a little too high might leave you knocked out within minutes after the strain takes effect.

The light, smooth smoke can be wonderfully easy on the throat, leaving no traces of itch or irritation. For that reason, the strain can be well tolerated by beginners and rookies. But don’t think that that means anyone can enjoy its effects. If anything, the Death Star strain’s impact can be overwhelming and overpowering. The heavy-handed indica strain delivers uncompromised relaxation that completely empties the mind and numbs out the body.

Ideal for those who struggle with poor wellness resulting to severe body discomfort and stress, the Death Star strain can lift away the most significant distress to give you a feeling of well-being and release. 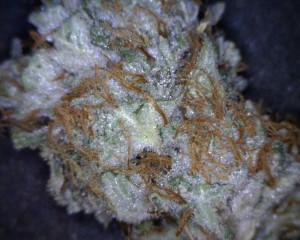 If you were looking for the perfect strain for mass production, you’ve struck gold with the Death Star. The cultivar can be particularly easy to grow, thriving well both indoors and outdoors. Relatively short at less than 3 feet in height, the variety can be brought to full maturity in even the most cramped indoor living spaces, perfect for farmers who want to grow cannabis for personal use.

With a flowering period of just 6 to 7 weeks, the strain can return a fat harvest of 6 ounces per foot in just a short period of time. That said, anyone in search of a strain that can be used as the foundation of cannabis-derived products can benefit greatly from the cultivation of Death Star.

Another thing that makes it particularly ideal if you’re developing your own line of extracts and concentrates is the fact that the potent hybrid can produces potent product. With Death Star products, a little goes a long way, so your market can enjoy the full benefits of cannabis without having to use a whole bottle of your formulation.

Let this serve as a warning – the Death Star strain is a heavy-handed indica that won’t leave your body intact. The strain’s powerful benefits that are geared towards relaxation might be overpowering for novices and rookies that don’t have the experience to deal with such hard-hitting strains. Nonetheless, if you’re looking for relief against the throes of poor wellness, the Death Star cultivar delivers excellent release that’s sure to put your system in a state of calm and comfort. cannabis product manufacturers and wholesalers can also benefit greatly from the Death Star strain. Easy to grow and quick to reach maturity, this herb promises to return your investment with little time and effort in between.