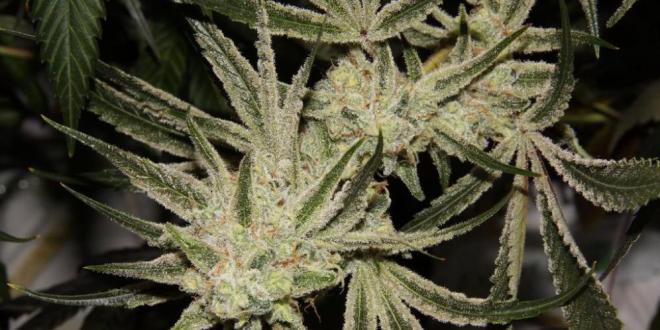 With the power to reset your disposition with a nuclear explosion of sativa effects, the Chernobly strain promises to take you from feeling down and powerless, to filled with the energy of a million nuclear reactors. Combining the iconic genetics of three distinct ancestors, the Chernobly cannabis strain doesn’t disappoint its audience, delivering the full power of a classic sativa-leaning strain.

Despite its controversial name, Chernobyl won’t leave your system in a state of catastrophe, and will instead lend a jolt of energy and vigor that explodes in the mind and body to get you going for hours on end. Take heed though – the wild eruption of effects isn’t for the average everyday rookie. Chernobyl means business, and you best believe it won’t be the easiest experience to overcome.

The Origins of Chernobyl

Unlike other strains that combine the genetics of two parent strains, the Chernobyl strain goes the extra mile to include three ancestors into the mix. These three cultivars are Trainwreck, Jack the Ripper, and Trinity – all of which demonstrate distinct genetics that work together to create Chernobyl’s explosive properties.

Trainwreck is citrus dominant sativa leaning hybrid that acts fast to bring the mind into a state of euphoria and the body into full submission. Like a freight train full of relaxation, this strain produces a completely lucid mind, trapped in a body that’s locked against a couch.

Jack the Ripper on the other hand is a near perfect sativa that boasts intense pepper and citrus flavors. Touted by cannabis enthusiasts as the fastest acting descendant from the Haze family, Jack the Ripper is heavily stimulating, giving rise to unrivalled energy levels and extreme productivity that might get you up and going for hours on end.

Finally, we have trinity. Another cannabis strain that combines a trifecta of genetic potency, the cultivar is incredibly illusive, difficult to find in the mainstream cannabis market. Its effects are euphoric and uplifting, bringing both body and mind into a state of heightened sensitivity and awareness that can sharpen your focus and increase productivity.

The tightly clustered nugs of the Chernobyl strain exude a gentle, yellow orange glow from beneath its dense green leaves. The large samples are bigger than your average everyday strain, and work to improve the cultivar’s overall bag appeal. Needless to say, the oversized nugs can be particularly eye-popping, snagging the interest of any cannabis buyer who bases their choice off of looks alone.

But more than its fat samples, the Chernobyl strain goes the extra mile to secure the sale. The strain smells especially strong when contained in an airtight jar for an extended period of time. So as your local budtender gently twists the lid off, you should expect a wave of fruity fragrance hitting you right in the kisser.

The delectable, mouthwatering aroma blends together the scent of tropical fruit, herbs, and pepper, jabbing at the nostrils with a modest spice that works to awaken the entire system. In essence, the smell really encapsulates what the Chernobyl strain brings to the table in terms of its effects.

Just like the infamous Chernobyl Disaster, the Chernobyl strain knows no bounds in terms of the explosive effects of its potent chemistry. The strain’s smoke – thick and gritty – leaves a film of texture inside the mouth and abrades the throat on its way into your lungs. Upon inhale, the smoke tastes of the fruit and herb that the strain demonstrates out of the jar. When you finally release the plumes from your chest, it caresses the taste buds with a strong bitterness that might furrow your brow.

Mere minutes after making contact with your lungs, the strain reveals its intricate effects. The sativa-dominant cultivar is best known for its lively, energetic impact that can take you from feeling down and powerless, and raise you to newer levels of vigor and vivacity. It starts in the mind, as though storing away cluttered thoughts to give you crystal clear and deadly sharp concentration.

Then, working through the rest of your body, the strong buzz of energy settles at the base of the feet. This rumbling power, focused beneath your body, can be more than enough to explode you into a heated episode of productivity and creativity, thrusting you into your workload so you can get everything done in the blink of an eye. Keep in mind though – Chernobyl’s effects can be relentless. Unless you’ve got a line-up of things to do, its power-driven effects might make you feel restless and agitated. 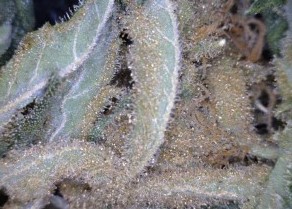 The Chernobyl strain is a fast finisher, letting you harvest its returns in as little as 7 weeks from the seed. For that reason, the plant has earned quite a reputation among farmers in search of a suitable strain for mass production. That’s because its quick flowering process means you can get a return on the time and effort you put into farming, letting you cash in on your investment sooner rather than later.

In terms of its effects, the Chernobyl strain also makes a viable choice for extraction. The highly complex chemistry demonstrated by the cultivar withstands the extraction process with supreme resilience, retaining its original potency even after being passed through various manufacturing practices. In effect, you can enjoy the maximum benefits and flavor of the original Chernobyl strain even after isolating the compounds in its leaves that deliver its effects in the first place.

Whether smoked as a raw flower or taken as a post-processed edible, tincture, or other sort of cannabis-derived product, the Chernobyl cannabis Strain isn’t for the average everyday cannabis user. Its potent chemistry and explosive effects make it better suited to those with previous experience using aggressive sativa strains. If you’re just starting out, try using a strain that’s a little less offensive, especially since the Chernobyl’s effects have a tendency to overwhelm those who don’t know what to expect.