CBN vs CBG: Everything you need to know 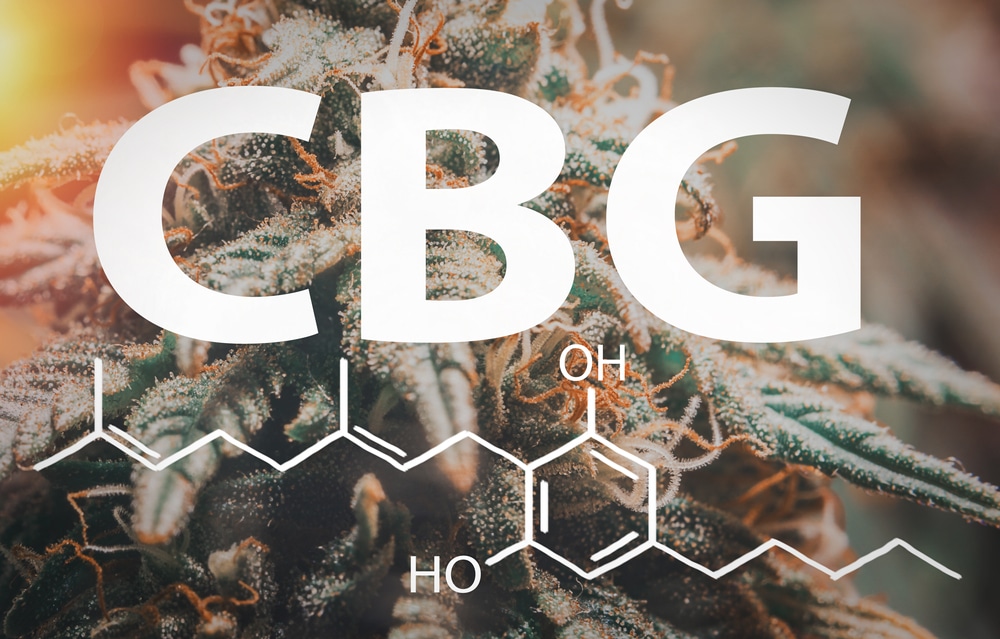 Comparing two different kinds of cannabinoids can be a tough task, especially when you realize that there are over 100 different and unique phytocannabinoids in circulation. Two of these, cannabinol (CBN) and cannabigerol (CBG), are fascinating minor cannabinoids that potentially hold the key to relieving the symptoms of a number of ailments.

Both of these cannabinoids are relatively new in the market, both have several medicinal properties, and both are experiencing somewhat of a ‘glow up’ in the American cannabis community. If you have been keeping track of your wellness journey and have been considering incorporating either CBN or CBG into your regime, it is probably a good idea to gain a thorough understanding of both before you buy.

Before we really get into the nuts and bolts of comparing CBN and CBG, we figured it would probably be a good idea to give you some background information about both of these popular cannabinoids.

Cannabinol, or CBN, was actually the very first cannabinoid that was discovered by scientists. Despite this, it is nowhere near as common as CBD. Produced when THC is exposed to oxygen, BN also occurs naturally as the THC goes through its aging process. From this information, we can assume that CBN is formed via the degradation of THC.

Despite the fact that CBN is derived from THC, it actually does not share the same properties as THC. Unlike THC, CBN will not produce the high that is often associated with THC. CBN is actually a mild psychoactive substance, and it will make the user feel drowsy.

Will either of them get you high?

Understandably, one of the most common questions we hear about both CBG and CBN is whether or not they will get the user high. When it comes to the high-inducing nature of these cannabinoids, we have come up with a detailed explanation for both.

CBN, being mildly psychoactive in nature, will likely not have any effect on your mental state. It will, however, make you feel drowsy. Recent studies have shown that CBN is a powerful sedative and is therefore popular among people with insomnia looking for something that will help them sleep through the night.

CBG is a non-psychoactive substance, meaning it will not have any effect on your mental state whatsoever. Aside from being non-psychoactive, it also interferes with and acts against the mind-altering properties of THC.

With that in mind, if all you are looking for is some sort of dizzying high, it would be a good idea to avoid both of these compounds.

What are the benefits?

Even though neither CBG nor CBN will get you high, they are both incredibly effective cannabinoids for treating health issues. Take a look at some of the benefits of both below.

Pleasingly, studies have shown that CBG has been found to offer users relief from several physiological ailments and issues. When taken in the appropriate doses, CBG can be useful for:

CBG is a well-known, effective pain reliever. This cannabinoid interacts with the receptors that are present in the endocannabinoid system, which helps to relieve the user from both acute and chronic pain. Many users also report that CBG is helpful in relieving neuropathic pain, as well as being great for reducing anxiety and muscle tension.

Along with other cannabinoids, CBG has also been effective as an antimicrobial and antibacterial agent. Studies have shown that it is beneficial when used against methicillin-resistant staphylococcus aureus bacteria, which is known to cause headaches, muscle pain, fever, coughing, chest pain, shortness of breath, and rashes.

CBG also works as an anti-inflammatory, helping to reduce inflammation caused by a range of health issues such as pneumonia, bursitis, bronchitis, and joint sprains.

There is also evidence to suggest that CBG works effectively to treat various skin-related issues. It is antibacterial and hypoallergenic, so it effectively treats acne, psoriasis, eczema, and wrinkles.

Amazingly, CBG also stimulates the appetite! Due to this, it is effective in treating cachexia, which can result in muscle wastage and heavy weight loss.

Aside from these benefits, CBG has also been found to be effective in treating glaucoma, inflammatory bowel disease, bladder dysfunction, epilepsy, cancer, and Huntington’s Disease.

Cannabinol has also been studied extensively for its various benefits. Some of the benefits of CBN include:

Just like CBD, CBN can be used to increase your appetite. In recent research done on rats, animals that had consumed CBN displayed a substantial increase in appetite.

Being an effective pain-relieving cannabinoid, CBN can also treat different types of pain by altering the pain signals sent to the brain. CBN also affects the immune cells, which produce anti-inflammatory effects, meaning it also effectively relieves inflammation in the body.

CBN is effective in healing cells in your bones. It does this by increasing the number of fibroblast cells in your body, which ultimately helps in the healing process. There is also evidence to suggest that it can even help in the restoration of fractured tissues, resulting in a speedier recovery.

Interestingly, CBN is the most effective sedative among all of the cannabinoids, and it can effectively treat sleep disorders. According to Steep Hill Labs, 5 mg of CBN is as effective as 10mg of diazepam, which is a mild pharmaceutical sedative. This means CBN can potentially help people suffering from conditions such as anxiety, mood swings, and insomnia.

CBN has also been studied as a potent anticonvulsant cannabinoid. Being the byproduct of THC, CBN can potentially help in reducing the frequency of seizures in epilepsy patients.

Though neither has been extensively researched yet, both CBN and CBG show a promising future in terms of treating health conditions.

Which one is better?

At the moment, both CBG and CBN are still in the early stages of development. Researchers are working around the clock in an effort to create better versions of these cannabinoids; however, if we had to choose one, we would go with CBG.

Cannabigerol is famously known as the “mother of all cannabinoids” due to its acidic form, CBGA, being the precursor for famous cannabinoids such as THC and CBD. On top of this, CBG is even believed to be more powerful than CBD! Pleasingly, CBG also does not intoxicate the user, and it can provide major relief from physical and psychological health complications

Despite our recommendation, both CBG and CBN are essentially still in their infancy. Right now, companies need to focus on cutting costs, enhancing productivity, and raising awareness of both of these compounds to the wider public. Bringing them into the national discussion and making them as much a part of life as CBD and THC can only help the industry. After all, variety is the spice of life!

George Mouratidis
George Mouratidis at IHF LLC Expert Cannabis/Hemp Author
George Mouratidis works as a full-time copywriter and journalist. He is the founder of WeedCopywriter.com, a bespoke content writing agency for the cannabis industry. George is a regular editor for many industry publications, as well as corporate blogs. He is also the co-writer of the book Ganja Hustle; a hit cannabis growing guide for the USA and Canada markets. When he is not writing, George likes to work out, trying new foods and playing with his cat. Currently, he lives in Greece.
Latest posts by George Mouratidis (see all)
Benefits of CBGBenefits of CBNCBN vs CBG