Is Hemp Flower Legal in Virginia?

A member of the states along the east coast with severely restrictive marijuana laws, Virginia is slowly but surely ushering in the 2018 Farm Bill with its own changes to agricultural legislation. No longer included in the list of controlled substances, hemp is now a recognized agricultural commodity, allowing states to produce the herb without legal repercussions – as long as they meet federal guidelines.

Less than 100 farmers were enrolled in the state of Virginia’s hemp farming program in the year 2019, and it sheds light on the current situation of the law within the jurisdiction. What’s causing people to feel apprehensive about joining in on the bandwagon? What’s legal and what’s not? And where does that put you in this hazy hemp situation? Find out more about Virginia’s hemp laws here.

What is Legal Hemp in Virginia? 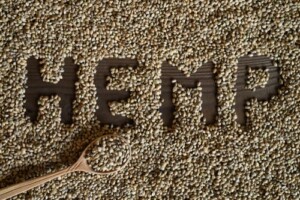 Just like the rest of the United States, Virginia takes cues from the 2018 Farm Bill to designate what makes hemp legal. The main consideration is tetrahydrocannabinol – a chemical compound found in the cannabis plant that’s been found to cause the psychoactive impact of marijuana.

Remember that both hemp and marijuana come from the same Cannabis sativa L.  plant. But tweaking growing conditions can result to completely different plant chemistry, with hemp demonstrating just trace amounts of THC as opposed to marijuana that contains far more of the psychoactive compound.

That said, to qualify the cannabis harvest as hemp, the batch should have a THC level of no greater than 0.3% per dry weight. As long as this number is met, then the resulting harvest including all of its parts and extracts will be considered hemp. Harvests that exceed the 0.3% threshold will be classified as marijuana and must be destroyed and discarded.

Where to Buy Hemp in Virginia?

Hemp derived products and CBD formulations are pretty wide-spread throughout the country and Virginia’s landscape is no different. Most pharmacies, grocery stores, gasoline stations, and even salons throughout the jurisdiction offer their own range of CBD products, albeit limited. Nonetheless, there are CBD specialty shops that offer a variety of CBD formulations and hemp-derived picks, making them far more suitable for discriminating shoppers.

One other advantage since the passing of the 2018 Farm Bill is that hemp and all of its extracts are no longer illegal to ship across state borders. That’s because the substance isn’t classified as a controlled substance and is now seen as a viable agricultural commodity. With that, the rise of online CBD retailers has been steadily progressing.

If you’re on the hunt for a wide variety of premium products, the best way to find them would be to check online. And since hemp and CBD products can be shipped anywhere domestically, you can be certain that you can get your hands on some of the best CBD picks even if they’re coming from outside of Virginia.

What Hemp Products are Legal in Virginia? 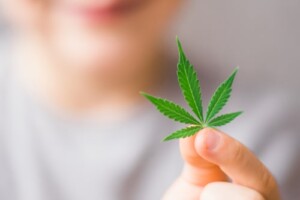 You’ve likely discovered a wealth of hemp products in the Virginia market, making it difficult to choose which one will best suit your needs. Aside from smokable raw flower, CBD extract can be incorporated into almost anything, resulting to the birth of products like bath bombs, chocolate bars, and ready-to-drink coffee. But are they all legal?

According to Virginia law, ‘hemp product’ is defined as ‘a finished product that is otherwise lawful and that contains industrial hemp.’ But another stipulation in the law is that only registered industrial hemp growers, dealers, and processors are allowed to legally possess hemp plants, viable seeds, microgreens, leaves, and flowers.

So where does that put the general public in terms of hemp flower? Well, the answer is simply we don’t know. While it might seem that raw hemp flower should be illegal, retailers – especially those online – are not policed for shipping the product into Virginia, and neither is the state cracking down on retailers offering the product in their shops. So, there’s really a bit of haze in that segment of the market.

Another thing is edibles. The Food and Drug Administration states that CBD isn’t a viable food additive, and should thus be illegal as a food or drink product. However, scrub through the market, and you’ll definitely find a fair share of CBD-infused edibles that aren’t being pulled off of shelves. So, while they might technically be illegal, the state doesn’t seem to be doing anything to prevent their sale.

Can You Smoke Hemp in Public in Virginia?

No. In fact, even with its ultra-strict medical marijuana program, the state of Virginia very closely regulates the sale and use of marijuana for health problems. Recreational marijuana on the other hand remains completely illegal throughout the state, which in effect impacts the use of hemp in public spaces. Because these two herbs look and smell exactly alike, then law enforcement officers are likely to tag hemp as marijuana for the lack of a reliable field test for THC.

Just to be on the safe side, it would be wise to avoid public spaces if you’re using raw hemp flower. However other items like cigarettes, vape oils, tinctures, and even CBD oil may be used without legal repercussions in public spaces throughout the state.

Can You Grow Hemp at Home in Virginia?

No, you can’t grow your own hemp in Virginia. The state is dead set on regulating the quality of the hemp that its locals produce, thus prohibiting the growth of personal hemp gardens for private use. For the most part, the state is interested in monitoring growing hemp to guarantee that they’re not producing marijuana in place of hemp – which is illegal in the state.

In fact, even medical marijuana users aren’t allowed to farm their own cannabis plants, unlike other states that let ID holders grow their own stash. That said, anyone who wants to grow cannabis for hemp in the state of Virginia will have to apply for the grower’s license.

A minimal application fee of $50 shall be collected along with your duly accomplished application form. Then, the state will require that you submit other requirements, including specifics of the plot of land you intend to use and a background check to guarantee that you don’t have any pertinent criminal history.

The Legality of Hemp in Virginia 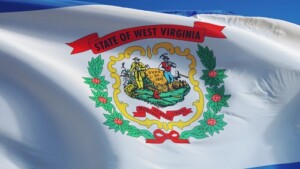 No doubt, Virginia isn’t exactly what you would call a hemp-friendly state, but it’s getting there. The cautious local government is slowly but surely opening the state’s doors to interested stakeholders who want to leverage the economic benefits of the cannabis plant. But there are limitations.

Fortunately, the 2018 Farm Bill has paved the way for buyers throughout the country, so even if your local state might not be the most liberated in terms of hemp freedom, online fulfillment of hemp purchases makes various products available to anyone and everyone.