Is Hemp Flower Legal in Utah?

With a successful medical marijuana program, the state of Utah was one of the jurisdictions to respond the fastest to the 2018 Farm Bill signing. In fact, the state legalized the possession and use of CBD products around a week before the 2018 Farm Bill was signed to law. As of writing, the state has already begun their very own hemp farming program, giving local farmers the opportunity to tap into the potential of the hemp commodity.

But there are a few things that makes Utah unique compared to its peers. Certain laws and specifics provide users, sellers, growers, and processors slightly more freedom than the average state. But where does that put you? And is anything still illegal within the borders of Utah? Find out here.

What is Legal Hemp in Utah? 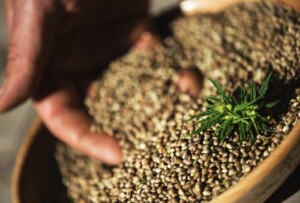 There’s a lot of confusion as to what the 2018 Farm Bill actually did, especially because local governments are still heavily regulating the growth of farmed, industrial hemp. If you’re wondering why they need to police a legal agricultural commodity, then you’ll find the answer in its close relationship to marijuana. Considered an illegal substance according to the Controlled Substances Act, marijuana is a Schedule 1 drug that’s illegal in the state of Utah for recreational use.

Both hemp and marijuana are the product of the same mother plant, called Cannabis sativa L. For that reason, legislators once thought that hemp and marijuana were one and the same. But variations in their plant chemistry – brought about by specific growing conditions – have separated the two into completely different categories. Unlike marijuana which contains copious amounts of tetrahydrocannabinol, hemp only possesses trace amounts of the compound.

Being the main psychoactive compound in marijuana, responsible for the ‘high’ produced by the herb, THC is the focal point of government scrutiny when it comes to industrial hemp farming. By making sure that all hemp produced within the state contains no more than 0.3% THC, then the local government can be certain that what’s being sold to the public is hemp and not marijuana.

Where to Buy Hemp Products in Utah?

You don’t really need to look far and wide to find CBD or hemp derived products in Utah. Almost every store will have it in some way, shape, or form. That includes grocery stores, pharmacies, hair salons, gas stations, and everything in between. Of course, there are also a wealth of CBD specialty stores that are packed full of premium hemp-derived products for the discriminating buyer.

Another advantage made possible by the 2018 Farm Bill is the shipment and mailing of hemp products across state borders. Being that the stuff is no longer a controlled substance, it can pass across jurisdictions without any legal repercussions. And as you might have expected, this has birthed countless start-up businesses hoping to take their piece of the CBD cake.

What Hemp Products are Legal in Utah?

If you have the time to visit a local CBD specialty shop in Utah, then you’ll find a wealth of options that span various categories. There are the smokables – cigarettes, cigars, vape oils, and raw hemp flower. There are the personal care products – cosmetics, shampoos, soaps, lotions, creams, and salves. And there are edibles – gummy candies, breakfast bars, coffees, teas, and everything in between.

While all of these products can be purchased at a local shop and used within the state, there is some smoke that makes the market a little hazy. For one thing, The US Food and Drug Administration claims that CBD is yet to be considered a viable food additive, making edible, CBD-infused food and drink products illegal across the state.

However, the Utah Department of Agriculture and Food makes it clear – CBD oil and other edible products are legal in the state given that they meet two criteria. The first is that they should be made from legal hemp consisting of no more than 0.3% of THC. The second is that the product should be registered with the Department.

Can You Smoke Hemp in Public in Utah? 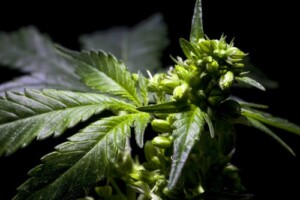 As of writing, the answer is yes and no. First of all, hemp is not a controlled substance, thanks to the 2018 Farm Bill. So, using it in public should be completely legal, especially because the agricultural commodity doesn’t cause the same high that marijuana does. But considering the fact that there is no field test that can exactly determine how much THC a hemp sample contains, then the struggle of determining whether a substance is hemp or marijuana becomes a challenge for law enforcement.

Marijuana and hemp come from exactly the same plant, and thus demonstrate the same look and smell. Even the most experienced of hemp farmers or experts won’t be able to differentiate the two visually, requiring some sort of test to tell them apart based on their THC content. Unfortunately, any test that can detect THC levels will take several days to turn up any results.

So, unless you want to confuse law enforcement and put yourself in a potentially sticky situation, you might want to keep your hemp stash tucked away safely at home. There are lots of different other types and forms of CBD that you can use on the go – like edibles and cigarettes – that aren’t likely to pique the interest of law enforcement the same way raw hemp flower does.

Can I Grow Hemp at Home in Utah?

Right now, the answer is now. But things are looking up for hemp-heads in Utah. As of writing, Utah is flanked on both the left and right by states that have legalized recreational marijuana. Sure, that’s not really an indication of what the future holds for the state, but we can assume that it might follow suit somewhere down the line. But what does legalizing recreational marijuana mean if you’re interested in growing hemp at home?

Other states that have legalized recreational marijuana allow locals to grow their own plants at home, given that they follow the determined number of plants set by the local government. In effect, any state that lets you grow your own marijuana for recreational use will also inevitably have to legalize the personal cultivation of hemp. Right now, Utah is focused on regulating growing hemp to make sure that farmers aren’t exceeding the designated THC content. However, with time, if the state decides to legalize recreational marijuana, then it may loosen on personal hemp cultivation as well.

The Legality of Hemp in Utah 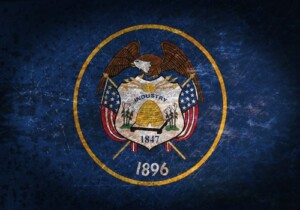 Utah’s population is presently reaping the rewards of a brand-new agricultural commodity that’s creating opportunities for people all around the state. Aside from their thriving farming scene, Utah also goes the extra mile to make sure locals don’t feel hindered by current FDA guidelines on CBD-infused edible products. With time, the development of a field test may help expand the freedom of users.

We can only hope that the medical marijuana friendly state will soon follow in the steps of neighboring jurisdictions that have legalized recreational marijuana as well. But for now, local buyers, sellers, processors, and farmers have all the reason to celebrate Utah’s bustling hemp industry.

Is Hemp Flower Legal in Utah?