The child of the legendary OG Kush, Bubba Kush has been around since the mid-90s when it was first introduced into the California cannabis market. Since then, the strain has made rounds worldwide and presently enjoys a lofty seat as one of the best known indicas available. Heavily tranquilizing, Bubba Kush is the ultimate go-to for those moments when stress and restlessness just won’t seem to release you from their death grip.

In many cases, Bubba Kush finds its spot in the pantries of individuals who need a sure-fire solution against the negative feelings of apprehension and worry, or for those who struggle to silence a racing mind. And because of its strong sedative impact, Bubba Kush can also be a sound solution against physical discomfort that might be keeping you from enjoying a restful night’s sleep.

The Lineage of Bubba Kush

In 1996, the iconic OG Kush had become the poster child for indica-leaning cannabis. Born from the marriage of a Florida-based variety with an Amsterdam native, OG Kush effortlessly rose through the ranks to become one of the most highly coveted cultivars known to man. Its perfectly balanced effects made it especially popular among farmers, resulting to its status as the genetic backbone of most – if not all – varieties stemming from the West Coast.

The OG Kush’s balanced effects and distinct seed genetics made it the ideal cultivar for breeding. But as farmers and novice growers leveraged its distinct properties, an unknown cannabis variety pollinated the coveted OG, resulting to the illegitimate lovechild – Bubba Kush. Today, many speculate that the deadbeat parent might be Northern Lights, but that assumption remains to be unproven.

Chunky nugs of gradient green colors characterize the classic Bubba Kush strain. The densely packed bud comes in heavy little samples, compactly clustered into resilient trusses that are less prone to break off and crumbs. Gently separate the clumped leaves, and you’ll reveal a tie-dye of purple, pink, and blue hues loosely mixed together behind the grassy green coat. All over the surface, orange colored arteries breathe life into the bud’s appearance, adding dynamic contrast to the green backdrop with saturated fiery hues and playful textures. 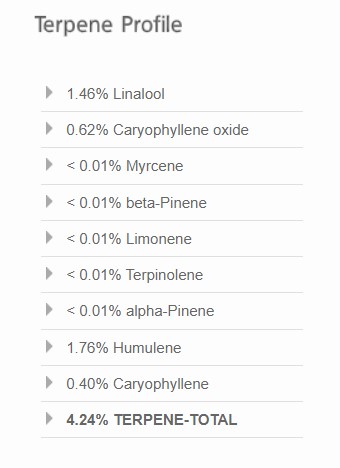 The delightful flavor that comes from the Bubba Kush’s smoke can satisfy even the most discriminating of users, offering a delicate balance of bitterness and sweetness, drizzled with the distinct flavors of your favorite treats. The snout of the experience tastes like a sweet honey-infused tea, with earthy, herbal notes piercing through the saccharine goodness.

As the flavors transform, the taste of herb becomes far more potent, gradually becoming a distinct hashish flavor as you reach the end of the inhale. Exhale is a completely different story. The escape of smoke from your lungs changes their chemistry and produces the flavor of dark chocolate and bitter roast coffee. And with a jab of jet fuel, the taste experience is brought to a close.

But of course, the whole encounter doesn’t end with mere taste alone. Bubba Kush is fast acting and overpowering, overriding your body with a strong sense of relaxation that takes over almost instantly. The heaviness starts in the head, with the strain releasing cognitive tension to give rise to a formidable sense of sleepiness that’s almost impossible to resist. The weight then proceeds to consume your body, tranquilizing your limbs to limit the urge to move.

Needless to say, taking a toke of Bubba Kush is like basically asking to be knocked out into a state of uninterrupted slumber. For that reason, the ultra-drowsy strain makes the ideal choice for those who struggle with the discomforts that make relaxation, sleep, and calm virtually impossible. 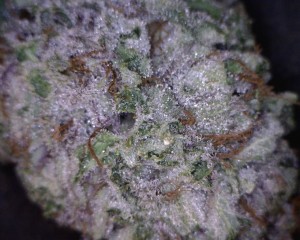 If you’re thinking of growing your own Bubba Kush, it’s worth mentioning that the strain isn’t without its cultivation challenges. Moderately difficult to grow, this cultivar may require specific nutritional needs in order to reach its full potential. When grown properly, Bubba Kush can reach its flowering phase in as little as 2 months’ time. Despite growing relatively short – averaging just 3 feet – the herb produces a wealthy reward of up to 3 ounces of product for every foot that it grows.

More than that, the Bubba Kush’s distinct genetics make it a smart choice for those who want to extract oil or concentrate from the strain. Its potent benefits as a calming variety mean that you can produce highly effective product that can be used to manage a host of daily discomforts. As a full-spectrum tincture, Bubba Kush can be particularly convenient, proving to be a suitable and easy solution against sleeplessness, tiredness, stress, and physical tension.

Heavily calming and relaxing, Bubba Kush is an obvious choice for those who struggle with issues that might inhibit true tranquility. Many of those who enjoy the strain use it as supplementary management for a range of physical and cognitive issues including difficulties with sleep and stress. Of course, because of the strong sedative effects of the strain, it also works well to combat troubles that involve the physical form.

If you need to unclench or if you simply need a little rest and relaxation after a troubling day, then Bubba Kush might be the answer your looking for. It’s worth knowing though that some low-tolerance users and beginners might find its calming effects to be a little too heavy handed. Using the strain in moderation should help calibrate the impact and provide results that meet your specific level of tolerance. But if you’re worried about flavor, Bubba Kush transcends preferences, easily making it one of the most delightful strains to grace the cannabis scene.