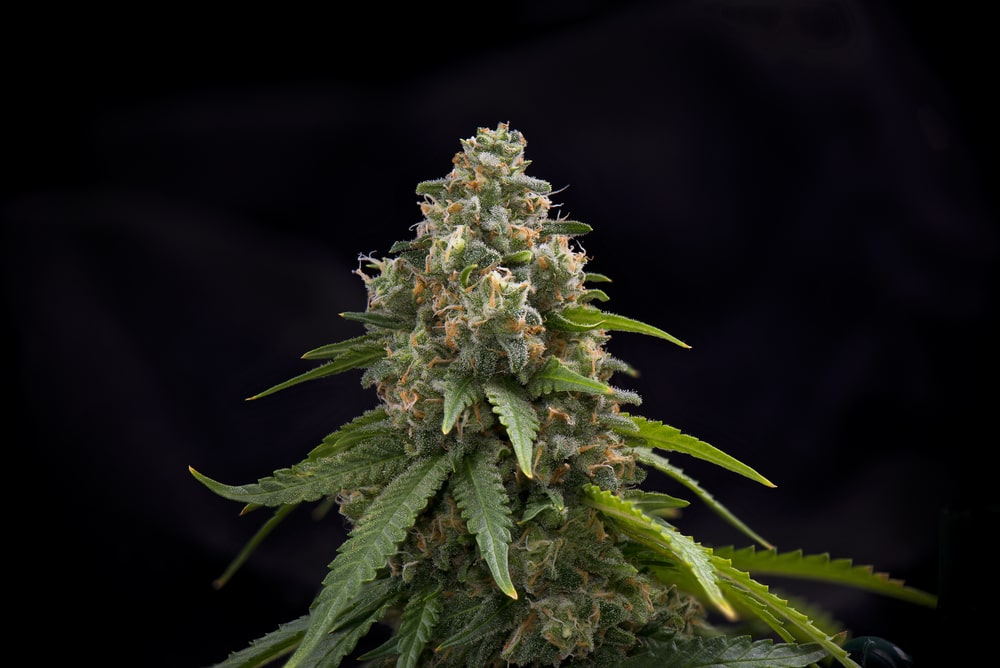 A front-runner in the indica category, Blackwater is one of those herbs that you reach for when you want to just get away from it all. Singing to the tune of relaxation and mental cloudiness, Blackwater is different from other herbs in that it doesn’t clear the mind. Instead, this herb blurs the lines in between, letting you get lost in the recesses of your mind as you soak yourself in its soothing effects.

Exploring the range of effects between indica and sativa, the Blackwater experience is one of the most distinct indica encounters you’re likely to go through. And for that reason, Blackwater has won quite a number of awards since having arrived on the market, including third place in the indica category during the 2014 Los Angeles Cannabis Cup.

The Origins of Blackwater

Born to parents on varying areas on the genetic spectrum, Blackwater owes its impressive chemistry to one prominent Cannabis icon and one enigmatic herb shrouded in mystery. This interesting combination brings together an explosion of flavor and compelling effects that make the Blackwater strain the multi-awarded herb that it is.

San Fernando Valley OG, or simply SFV OG, is one of the two parents included in the mix. This almost 50-50 balanced hybrid is mainly hailed for its effects that work more on the body than the mind. While it does imbue the user with a deep sense of clarity and calm, relaxation isn’t entirely its forte. Instead, it soothes physical aches and discomforts, placing you in absolute blissful well-being that can drive you to get shit done throughout the day.

On the other hand, Mendo Purps has a completely different story to tell. The direct descendant of a landrace, this select phenotype isn’t exactly the easiest to get your hands on. For that reason, it has yet to reach Cannabis market stardom, but its genetics are almost a guarantee of its future success. Its depth of flavor and tranquilizing effects have been the focus of Cannabis threads across the web and beyond, having won the herb a spot in the top 10 of the High Times’ Strains of the Year way back in 2007. 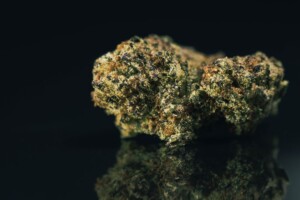 Pale and dense, the roundish clusters that make up the Blackwater herb are compact and tight, making them slightly heavier than the average nug despite their relatively smaller size. Lacking in color, Blackwater isn’t the kind of strain that would steal away the attention of an unseasoned newbie, definitely forcing the herb towards the back of a long shelf of viable Cannabis choices.

If there’s anything that would give away Blackwater’s intricate chemistry to a knowing observer, it’s the trichomes. Drenched in a crystallized coating of dewy white hairs, Blackwater’s cannabinoid and terpene content is through the roof, delivering packed effects and aroma that can enthrall even the most discriminating of Cannabis connoisseurs.

Blackwater’s pallor will typically draw in a veteran Cannabis user who knows that quality is more than leaf deep. And that’s something Blackwater proves as soon as you crack open the lid and stuff your nose inside. Letting off a strong grape aroma, Blackwater’s fragrance can be described as a romantic tango between fruit and citrus, with shades of pine peeking through the backdrop. 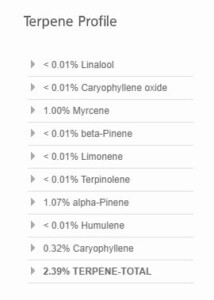 Once ignited and smoked, the Blackwater Cannabis strain exudes a delicious thick smoke that clings against the interiors of the mouth with its tacky, grainy film. The slow moving plumes ooze through the throat and drip steadily into the lungs, where they’re metabolized and broken down to infuse into the blood stream. Once infused into your system, Blackwater awakens a sense of well-being, all tied together with giggles and good feelings that closely resemble a state of mild euphoria.

During those first few minutes, you might feel an inclination to sit around, watch a few of your favorite sitcom reruns, and just talk it up with some of your best friends. But as the effects evolve, they take you from that manageable episode of sativa leaning impact towards a full on body melt. The giggles and good feelings drip away and reveal heavy eyelids, a couch-locked body, and slowed breathing that can make you want to nod off.

At the tail end of the experience, you’re like yo want to stay glued to your seat. The interesting turning of tides can completely change your disposition, taking you from a relative high point down to a calmer, more tranquil state. And as you melt into the relaxation coupled with clouded mentality, your body is freed from discomfort and distress, putting you in the perfect place for sleep. 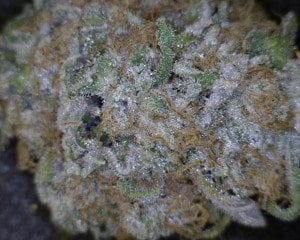 While it isn’t exactly a fast finisher, the Blackwater strain makes up for it with its high yield. Taking roughly 10 weeks to reach maturity, Blackwater produces copious amounts of bud that can easily turn you a profit after the long wait. And because it is a relatively hardy plant, it can grow effortlessly outdoors with minimal supervision. Do keep in mind though that because it is indica leaning, it might require a little maintenance in terms of topping. Cutting off and pruning the top leaves as the plant grows can help give the inside leaves more access to sunlight.

As an extract, Blackwater’s chemistry makes it the ideal nighttime strain. When turned into a concentrate, this herb heightens in mental clouding which can help individuals who tend to struggle with racing thoughts and negative emotions.

Ideal for individuals who tend to deal with the throes of mental distress and apprehension, Blackwater can take you through a gentle euphoria that can be a real treat to help you unwind and loosen up. But more than anything, it’s impressive depth of relaxation towards the middle of the experience all the way to the end makes it the perfect choice if you struggle with poor sleep habits and patterns. For the most part, both veterans and newbies can find Blackwater to be particularly enjoyable and worthy of a seat in their stash.